Loni is using Smore newsletters to spread the word online.

Get email updates from Loni: 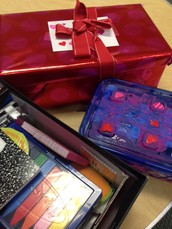 As you know, students at IHES are collecting items for "Love Boxes" to be delivered to children in local homeless shelters. Our baskets are overflowing! Students were encouraged to bring in the items and I committed to donating the boxes. I think I need more boxes! The deadline for items to be brought in is February 12th. Thank you so much for encouraging your child to give back! 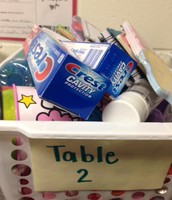 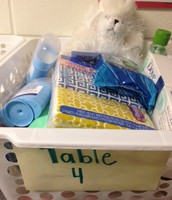 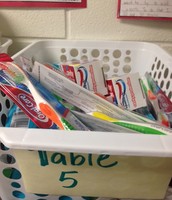 Our readers will be stepping back in time to learn about what life was like in America when the North and South were divided over a big issue: the enslavement of African Americans. Through historical fiction and non-fiction texts we will work to understand how African Americans found freedom on the other side of the Ohio River with the help of the Underground Railroad. This unit provides a cross-curricular connection to our social studies curriculum. As we study we will be focused on reviewing key 4th grade reading standards, including summarizing texts, identifying the theme of passages, using context clues to understand the meaning of unknown words, and using the words and actions of characters to better understand their character traits. We will also work on pulling details out of texts and identifying the main idea. Please ask your child to share about our learning at home!

This week writers will review key elements of narrative writing, including characters, setting, problem/solution, and conclusion. We will also review ways that writers make their writings come alive: dialogue, sensory details, and strong leads. Next week we will review good essay writing, focusing our study on structured paragraphed that include evidence cited from non-fiction texts.

Mathematicians showed off their newly acquired fraction knowledge on Chapter 6 tests last Friday. Chapter 6 tests will be coming home today to be signed, and are due back to school tomorrow, February 3rd. We will then move into Chapter 7, which has students building on their new knowledge to add and subtract fractions. This chapter gives mathematicians the opportunity to reinforce the concepts learned in Chapter 6. As we learn to add and subtract fractions we will continue to study finding common denominators and putting fractions in simplest form. We will learn about mixed numbers, how to rename mixed numbers, and how to add and subtract mixed numbers. This chapter will end with students applying these skills when solving multi-step word problems.

Students will pretend that they are a new settler in Ohio in 1820. They are cutting down trees, building their cabins, and growing crops. Things are going well however; they need more. This week students will learn how canals and railroads improved transportation and changed the settlement patterns in Ohio. During their studies, students will evaluate the effectiveness of the canal system as compared to the railroad system. Lastly students will discuss Ohio’s economic and political status in the United States during the early 19th century.

Loni is using Smore newsletters to spread the word online.