Maxwell is using Smore newsletters to spread the word online.

Get email updates from Maxwell: 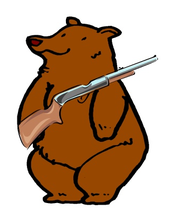 "A well regulated Militia, being necessary to the security of a free State, the right of the people to keep and bear Arms, shall not be infringed."

Private guns have been a part of American culture since Great Britain sent settlers to North America in the early 1600s. The second amendment is important because it protects our right to bear arms from being taken away.

The amendment says that our right to carry weapons shall not be taken away from us, as it is a natural/God-given right.

Maxwell is using Smore newsletters to spread the word online.