rob is using Smore newsletters to spread the word online.

Get email updates from rob:

The Call of the Wild by Jack London

The Call of the Wild by Jack London 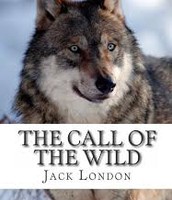 Buck and Spitz, a rival in the story

The protagonist in The Call of the Wild named Buck is part St. Bernard and part Scottish Sheep dog. He is more then a creature of instinct; he has a sense of wonder, shame, justice, and unselfish love. Throughout the story, Buck undergoes many experiences that that teach him the ways of the world. From the beginning as a spoiled dog, he got everything he wanted to then having all that happiness being taken away from him as he is turned into a sled dog that is kicked and beaten around. As Buck he made this transformation, he was involved in many conflicts among other dogs and masters. One conflict between the dogs was a rivalry between Buck and a dog in his pack named Spitz. They went through many conflicts and fights throughout the story like when Spitz stole Buck's shelter causing them to dive into a brutal brawl. These conflicts between Buck and Spitz weren't the only problems he had to handle. He also had to deal with his malicious masters. For example, one of his masters named Hal, beat Buck throwing hurtful blows to his body with his club and mace so rapidly. Furthermore, Buck was near death and was continuing to take hits as he refused to run over melting ice to get to the next village in their route. Then, a friendly man named John Thornton saved Buck's life by stopping the hits and taking Buck into his home. It was all these conflicts and experiences that Buck learned the deeper insight about life and the world.

In The Call of the Wild, the themes and setting help to advance the plot of the story. This story takes place during the Alaskan gold rush in the late 1890s from the warmth of California up through the harsh cold areas of Canada and Alaska. This setting helps advance the plot due to the harsh brutalities of the cold and the rush to get to the gold. Buck knew that this new life style wouldn't be easy and it evolved him mentally and physically. He turned from a dog who was afraid to attack someone into a dog that will kill to survive in this new lifestyle. For example, due to the cold weather Buck could not find a place to sleep until he found shelter under a rock. This spot was perfect for him until it was stolen by another dog. Due to the frigid environment he wanted that one spot so he started to fight for it, which he wouldn't of done in his California life. This evolved him into a more aggressive dog as he would have to fight for a proper sleeping place instead of finding an uncomfortable spot in the cold. Although the setting advanced the plot, many themes advanced it as well. One theme that suits this role is the theme of knowledge and wisdom. When Buck underwent harsh conditions and cruel masters, he realized he needed to learn how to coexist with other dogs and how to do the job. This makes him adapt physically, mentally, and spiritually. For example, when Curly the dog dies fighting among other dogs, Buck makes a realization that helped him to survive in the pack. He realized that in order survive in this world he would have to make sure he would never go down in a fight. This transforms him as the afraid to fight dog from before, to doing whatever he can now to save his life like killing. To continue, this ultimately evolved Buck into the dog he was at the end of the book, killing people and animals here and there to save his life and others. Both the theme of knowledge and wisdom and the setting of The Call of the Wild made Buck into a different dog at the end of the book.

The Call of the Wild is a fantastic book with lots of action, heartwarming moments, and terrifying scenes. It is these actions that make the book great because you never know what will happen next. Also, this book provides a great life lesson if you read between the lines as it can define many lives in the world today. Buck went through many obstacles in his road to greatness in the end. But these obstacles, London indicates, are to be rejoiced in rather than avoided: life is ultimately a long struggle for mastery, and the greatest dogs (or men), the Bucks of the world, will always seek out struggles in order to prove their greatness. The Call of the Wild is an excellent book that I would recommend for people who want to be inspired and who want to experience the successes of hard work. 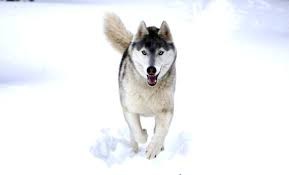 rob is using Smore newsletters to spread the word online.