The Origin of Confucianism

Confucianism was established by the religious leader, Confucius, around 500 B.C. Confucius tried to think of a way to make our stay on Earth more fruitful. Confucius believed in a very righteous society where everyone is in their place.

Confucius's main principles were two ideas of 'Wen' and 'Li', or basically, being honest, and having respect for all creatures. These philosophies were fundamental in the development of China, and many people there still follow these principles today. While it is technically considered a religion, some people regard Confucianism as a way of life, because some Confucianists don't believe in a God or afterlife.

Confucianism is an ethnic religion, as well as an autonomous religion. Confucianists don't have a hierarchy in their religion, and they do their religious activities in private, rather than going to holy places.

Confucianism diffused through the voluntary conversion of others to the religion. Confucianists never conquered or created any empires, so the religion spread very slowly. 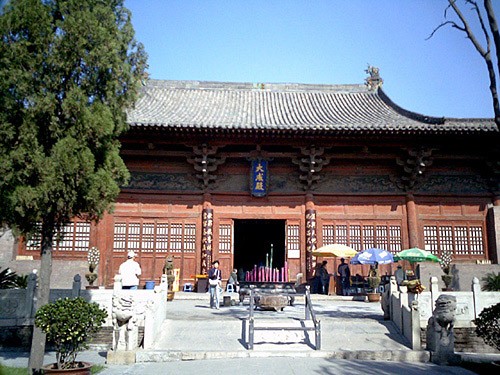 Where Confucianism is Practiced

Confucianism is practiced almost exclusivley in East Asia. Some countries where it's practiced include China, Japan, Vietnam, and Korea.

Around the world, there are a total of about 6 million adherents to Confucianism, the majority in Asia. Some followers may borrow from other religions, such as Buddhism, in adition to their Confucianism.

Below is a geographical map of the distribution of Confucianism.

The symbol of Confucianism is the Chinese ideogram for water. It represents the source of life.

Although usually represented in Taoism, it is a symbol used in Confucianism.

In the early times of the religion during pre-modern East Asia, there were many academies that were headed by Confucian scholars. They used to be all over China, Vietnam, Korea, and Japan, but no they are not very common after the government stopped supporting it. Today, people go to Confucius Temples to worship their ancestors. 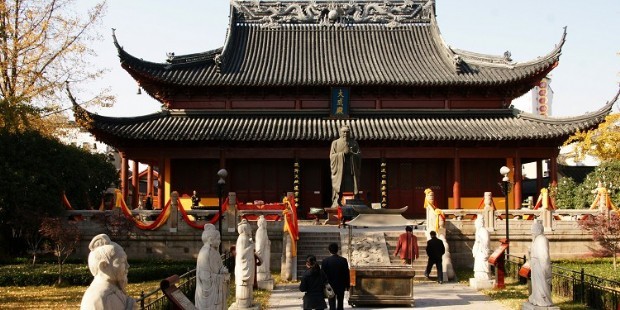 This is a Confucius temple in China.

Impact on Social and Family Structures

Confucianism
This video discusses the impact of Confucianism on China.