Sumani is using Smore newsletters to spread the word online.

Get email updates from Sumani:

Outlaws Save Children From Church Fire

Ponyboy Curtis (14), Dallas Winston (17), and Johnny Cade (16), the "greasers" of our town, saved multiple children's lives in Windrixville. The cause of the fire is unknown, but Cade and Curtis claim it was one of their cigarettes that started the fire. The children were in Windrixville for a field trip supervised by Mr.Jerry Wood and Mrs. O'Briant. Mrs. O'Briant claims she "didn't let the children out of her sight: they must have just gone to play in the field." The children had snuck off into the church for unknown purposes. When the fire started, shrieks and screams were heard over the rumbling of the flames. Cade, Curtis, and Wood decided to enter the fire and attempted to rescue the children. Winston was reported yelling "For Pete's sake, get outta there! That roof's gonna cave in any minute. Forget those blasted kids!". Wood was "too fat" to get through the window to save the children, so the heroic actions were performed by Cade and Curtis, who were later assisted by Winston in rescuing the children. The children are all safe, and few suffered minor burns. 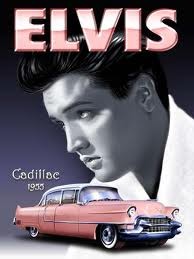 Johnny Cade (16), mentioned previously, is wanted for murder by the Tulsa police for brutally murdering Robert Sheldon. Ponyboy Curtis(14) and Johnny Cade were seen fleeing Curtis' East Side home. They ran until the fountain to take rest, when Socs in a blue Mustang cornered them. Cade, Curtis, and Randy Adderson are all witnesses of the crime and Cade admits he committed the crime. Unfortunately, Cade was not able to be convicted because he died shortly after he admitted his crime. Curtis and Adderson relay the story like this: Curtis was being drowned in the fountain by a Soc. While Curtis was being drowned, Cade panicked and pulled out a blade and stabbed Sheldon in the chest. The other Socs fled and released Curtis. There will be further developments in the story at Curtis' hearing.

Added or Subtracted Bonus?: Questionable Actions of the Socs

Johnny Cade (16) was found by Ponyboy Curtis (14) in a vacant lot on the East Side of town, cut up and bleeding. He suffered severe cuts and bruises, and lived with those scars for the next few months of his life. Cade claims that the Soc who cut him up had "three chunky rings". Cade's friends say this was a traumatic experience for him, even though they are used to getting jumped by Socs. Both Cade and his friends declined comment. So, this story leads us to the question: Are the Socs actually helping us? Mail in your thoughts about this matter with your name and address to "The Outside Scoop" newspaper office in downtown Tulsa.

Dallas Winston (17), a hood with a police record a mile long has been caught robbing a grocery store. Winston robbed the store and immediately fled. He ran until the vacant lot where he pulled out a gun and tried to fire at the cops chasing him. His friends were seen rushing in from the other side of the lot as cops fires. The cops shot him down and Dallas Winston died in the vacant lot. Winston's obituary is written below.

Ponyboy Curtis (14) is to see the judge for a hearing about the death of Robert Sheldon and the judge will also determine if Darrel Curtis, Ponyboy's older brother, is an appropriate guardian. There will be new developments in the story during the hearing. It is said that Randy Adderson, Sherri Valance, Ponyboy Curtis, Darrel Curtis, and Sodapop Curtis will be at the hearing in addition to some other Socs who witnessed the death of Robert Sheldon. 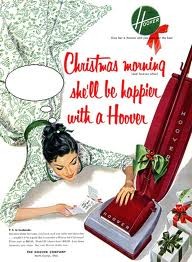 Robert Sheldon, known as Bob, was stabbed to death by Johnny Cade in Tulsa, Oklahoma. Bob died next to the fountain in our town's park. He was a smart young man with a bright future ahead of him. His girlfriend, Sherri Valance says "Bob was an amazing person who really stood out from the rest. He wanted to have some kind of meaning in his life, and he wanted to accomplish something that would make a change." Sheldon was a good student in school and was very social. We regret his death.

Johnny Cade (16), known as Johnny or Johnnycake to his friends died in critical condition after saving children from a burning church in Windrixville. He died in Tulsa, Oklahoma in the hospital of our town. Johnny was well known for rescuing burning children from a church in Windrixville and killing Robert Sheldon. His friends say he was a hero, and they know that his spirit will be remembered. We regret the death of a hero in our community.

Dallas Winston (17) was shot down by the cops in the vacant lot in our town after robbing a grocery store. He was well known for assisting in the rescue of the church fire in Windrixville. He was also respected by his fellow greasers for having a long record with the fuzz. His friends say that he might have seemed like a no-good hood on the outside, but on the inside, he was a true hero. 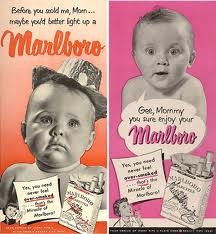 Sumani is using Smore newsletters to spread the word online.