The History of Switzerland

Switzerland was originally inhabited by the Helvetic Celts until it was overtaken by Rome during the Gallic Wars in the 1st century BC. It flourished under the Romans but was taken over by Germanic tribes for the north and west. After the death of the Roman Emperor, they signed a public peace charter on August 1st, 1291, which is now Switzerland's National Day. They finally gained independence from Rome in 1499. In 1815, the Congress of Vienna made the Swiss status permanently neutral in international law. Because of this, they didn't even become a member of the United Nations until 2002. They remain neutral today.

Switzerland is a mountainous country, with most of its inhabitants living in a plateau between the High Alps in the South and the Jura Mountains in the North. There are also glaciers in the Swiss Alps.

In the summer: Cool to warm temperature, cloudy and humid, with occasional showers

In the winter: Cold and cloudy, with rain and snow

At 4,478 feet, the Matterhorn is one of the highest mountains in the Alps. Its four faces are each in the directions of the points of a compass, and today climbers are often attracted to the mountain to attempt reaching its summit. 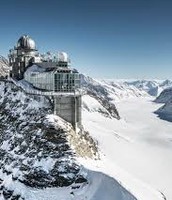 Jungfraujoch- The Top of Europe

This is an observation terrace and scientific observatory 3454 meters up, earning it the title of "The Top of Europe."

Interlaken is a resort in a small valley in the Swss mountains. It's attractions include hiking, climbing, and kayaking in the summer, and skiing and snowboarding in the winter.

1. Fondue- bread pieces dipped in melted cheese being warmed over and open flame in a clay pot.

2. Roasted Flour Soup- A simple soup made of flour, butter, onion, and beef stock, with grated cheese on top. 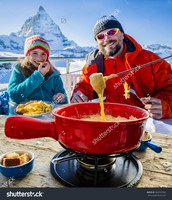 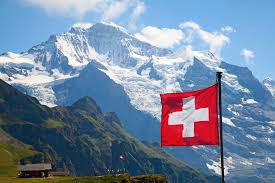 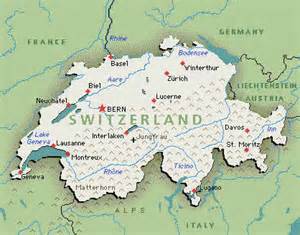