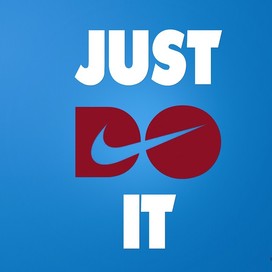 Kristopher is using Smore newsletters to spread the word online.

Get email updates from Kristopher:

The Change Of NFL Logo?

The NFL log has change 3 times since the NFL has began. The First change of the logo was 1960. The second NFL logo that was changed was in 1970.Then the last and final one is the was changed in 2008. The NFL sometimes change their logo for anniversary.

NFL player suffer 182 reported concussions in regular-season games this season, the league disclosed Friday, January 29 a 58% rise over the 2014 season and the highest number in four years of record keeping.The league’s analysis identified some 271 reported concussions in all preseason and regular-season games and practices, which also represents an increase. League-affiliated doctors attributed both spikes to increased awareness of players and vigilance of team staff.

What rules has been changed to stop concision?

Their has been 62 rule changes to help limit concussions. For example a rule that makes it illegal for a running back to chop a defensive player engaged above the waist by another offensive player outside the tackle box. Another example of a rule change was to give receivers defenseless player protection when a pass is intercepted. 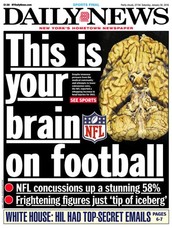 What IS CTE (Chronic Traumatic Encephalopathy)

CTE is a disease that you get from constant head trauma to head and it effects the brain dramatically. If You play any sport that has hits to the head you are at high risk for the disease.

How Many NFL players Have been diagnosed with CTE

A brain injury study conducted at the Boston University Of Medicine showed that 33 of 34 players tested positive of CTE, and additional players have so far been confirmed with CTE separately. In a study released in October,87 of 91 formal NFL players who donated their brains to science tested positive for the disease. Researchers have so far found CTE in men who played every position except kicker.

How Does The NFL Have An Effect On People?

The NFL does have an impact on the people in the communities. Some players donate to charity's or donate their time to go to a school or give out food to the homeless. They actually have a NFL Honors award for giving back to the community. It's Called the Walter Payton NFL Man of the Year Award. The person its named after (Walter Payton) he is a Hall Of Fame running back and he did a lot for his community. Since 1973 the NFL program has contributed nearly $370 million to charities and youth football programs.

What Is The Impact?

The way my topic impacts the world is that concussions are very hard and they really can do a lot of damage. A bunch of people sue the organisation for the head trauma and how the NFL doesn't really try to help or limit the hit to head. Head trauma can kill a lot of people so thats why i am wearing people about this.

Kristopher is using Smore newsletters to spread the word online.