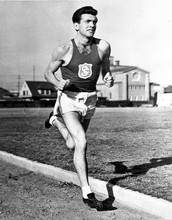 Louis Zamperini was born in Olean, New York on January 26, 1917 to Louise Dossi and Anothony Zamperini. Zamperini's parents were Italian immigrants. Zamperini and his family soon moved to Torance, California, where he grew up. Mr. Louis (called Louie) grew up with 3 siblings. He has 2 younger sisters, Virginia and Syliva, and 1 older brother, Pete. Pete would later become the most inspirational person in Louie's life. Zamperini married Cynthia Applewhite and has 2 children, Luke and Cissy Zamperini. Louie died on July 2, 2014 in California. Zamperini was Christian, though it was said he struggled to keep his faith in hard times. Zamperini went to college at the University of South Carolina before heading off to the Olympics, where he achevied his dream of becoming a professional runner.

The background is train tracks because of a very life shifting moment in Zamperini's life. Once, he ran away from home with a friend. However, the trip was a nightmare. After several days of walking and getting chased out of places where they tried to steal food, they were flithy and hungry. Then, Zamperini recalls seeing a train. "A train rattled past... 'I saw beatiful white tablecloths and crystal on the tables, and food, people laughing and enjoying themselves and eating... And I was sitting here shivering, eating a miserable can of beans'" (Hillenbrand online). After this incident, he went home and decided to turn his life around. After realizing what the real world was like, Zamperini decided to become a runner.

By far, the most interesting thing that virtually no one knows about Zamperini was that he was quite a delinquent growing up. "If it was edible, Louie stole it" (Hillenbrand online). I thought this was the most interesting thing in the book because it shows that people can change. It also shows that you can have a fun childhood and still go on to be successful in life, which is something a lot of highschoolers would do good keeping in mind.

Another interesting fact is that Zamperini met Adolf Hitler at the 1936 Olympics. Hitler congratulated him on a good game by saying, "Ah, your the boy with the fast finish." At the time, Hitler's influence wasn't greatly known. Because of this, Zamperini 's exchange with Hitler was almost humorous.

Lastly, the reason Zamperini first ran on a track was because he was trying to impress school girls. The girls at his school charmed him into running a meet. I thought this was amazing because it goes to show how little moments can shape someones life so much.

Louis Zamperini was the topic of my biography because he is absolutly amazing. Along with becoming famous for 'running like mad', he survived 47 days stranded in the ocean and then survived the horrors of being a POW in a Japanese prison camp for over 2 years. After all of the atrocities he faced, he later goes on the forgive his captives. Through all of this though, Zamperini kept surviving. His will to live didn't die, like so many others' did. In a torture camp, Zamperini found a way to keep being him. The notorious officers continued to beat and break his body, but could never truely break his spirit.

One of the most amazing accounts was when Zamperini got food in the POW camp to save a friend. "One night, when he found Rank Tinker deathly ill, Louie waited for the gaurds to pass, snuck to the Scots' barracks, and told them that Tinker was in trouble. The Scots sent Louie back to Tinker with a load of sugar, no charge. Tinker would later say that Louie's sugar run 'saved my soul'" (Hillenbrand online). Zamperini risked being caught and beating for someone else, which was truly astonishing in a gloomy prision camp.

Louis Zamperini faced many great struggles in his life, ranging from trying to figure out who he was, to dealing with emotions like fear while in the airforce, to facing things like starvation and torture. However, the greatest of these struggles was most likely being singled out by the Japanese in the POW camps. Japanese corporal Mutsuhiro Watanabe, nicknamed "the Bird", singled out Zamperini for special punishment. "Though there were hunderds of POWs in the camp, this deranged coporal was fixated on Louie, hunting the former Olympian, whom he would call his 'number one prisoner'" (Hillenbrand online). Because of the Bird, Zamperini was subject to harsher beatings and was used as a propaganda tool. The Bird and other officers forced Louie to engage in races with Japanese competitiors, and then beat him if he won. Once, the Bird had Zamperini raise a heavy wooden beam on his shoulders. The Bird held a gun out and threatned to shoot Zamperini if he dropped it.

Pete Zamperini, Louis Zamperini's older brother, shaped his life greatly. Pete had alway been close to Louis, especially because they were partners in crime. However, Pete took another role in his life during highschool. From the start, Pete had alway thought his brother would make a great runner. After Zamperini's first track meet, Pete became his trainer. "From that day on, Pete was all over Louie, forcing him to train, then dragging him to the track to run in the second meet" (Hillenbrand online). When Pete began college, he came back nearly every afternoon to coach Zamperini . Pete ran alongside Zamperini and taught him strategy and how to avoid jimmying elbows. He convinced Zamperini to make the switch from sprinits to long distance.

During highschool, Zamperini was nicknamed the 'Terror of Torrance' and won every track meet. He set the world record for the fastest highschool mile his junior year. At 19, he came in 8th in the 1936 Olympics for 5,000 meter run. In 1938, he set the mile record at 4:08.

Louis Zamperini loved to run. He ran all the time. Even though running ended up being his career, he loved it.

Other things Zamperini did for fun was shoot things with his brother Pete and play pranks on people. His prankster lifestyle started at a young age and continued for the rest of his life.

The ace of spades symbolizes Louis Zamperini life. This stems from his brother Pete, who sent Mr. Louis an envelope with 2 cards inside before he raced in the 1936 Olympics. "On the joker Pete had written, 'Which are you going to be, the joker, which is another word for horse's ass, or the TOPS: Ace of spades. The best in the bunch. The highest in the deck. Take your choice!' On the ace he had written, 'Let's see you storm through as the best on the deck. If the joker does not appeal to you, throw it away and keep this for good luck. Pete'" (Hillenbrand online). 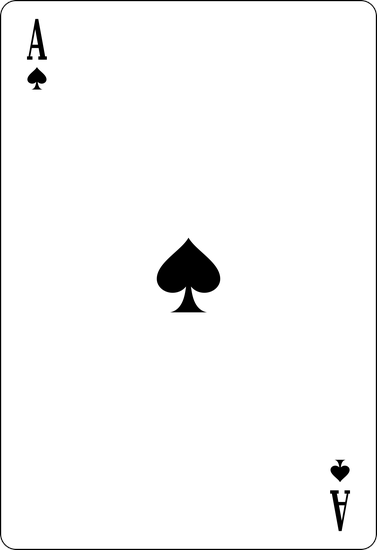 Louis Zamperini was generally a very friendly guy. It was said during his time at the Army Air Corps, he became well known amoung the men for his trickster ways. Because of this, I think I would have made friends with Louie.

Zamperini was also very chatty. He made conversation easily by sharing his stories with people. Zamperini and I share similarities like having an older brother and a younger sister. This would have given us something to talk about.

Zamperini, as shown before, was very adverturous. This is a quality that would have made him a good friend to me because like him, I get bored easily and like to go on crazy adventures. In fact, like him, I once tried to run away.

Even if none of that bounded us, Zamperini's love for running might have. Like him, I ran long distance at track meets and run cross country and 5Ks whenever I can. In fact, if I was friends with Louis Zamperini, maybe I would still be running track at school.

Louis Zamperini reminds me of another great runner named Jesse Owens. Jesse Owens is a famous athlete who also competed in the 1936 Olympics. Mr. Owens like Zamperini , started his running career is highschool, and set national highschool records for the 100 and 200 yard dashes as well as long jump.

The greatest similariy, I think, is the similarity in character between these two stars. Owen was a young African American in the 20th century. He grew up picking cotton to put food on the table. Later, during the 1936 Olympics, he recieved 4 medals. However, he was not congratulated by Hitler, like all of the white athletes. Owen endured the struggle of oppression all of his life. However, he never let it stop him from doing anything he wanted to. He brushed off insults and, like Zamperini , always retained the capacity to forgive.

Louis Zamperini was definetly an altruist. "'He was bighearted' said Pete, 'Louie would give away anything, whether it was his or not'" (Hillerbrand online). Zamperini was extremely generous. While he stole a lot of things, he rarely kept it for himself.

Futhermore, Zamperini was willing to do anything to help his friends. In his Japanese prision camps, he did what he could to keep spirits up. Like Rand Tinker said, Zamperini saved souls. On one occasion, the Bird made all the American prisoners beat each other until they were unconcious. Zamperini , however, took hit after hit, and didn't hit his fellow prisoners back. Instead, he took beating after beating. 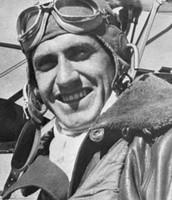 Louie in the Air Force 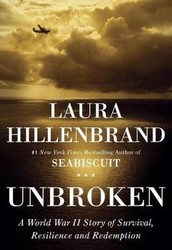 Unbroken tells an inspiring, heartbreaking story about a man who went through the worst things imanginable and lived. I would rate this book 5 out of 5 stars because it contains the true events of what happened to a man who should be recognized as a hero. Louis Zamperini's story is a heart wrenching story that the reader will never forget.