Get email updates from Mickey:

Marbury was not given his supreme court appointment by Madison. Court ruled in favor of Marbury, established judicial review, Supreme Court can declare laws unconstitutional.

Fletcher Wins: The court ruled that an act of the Georgia legislature rescinding a land grant was unconstitutional because it revoked rights previously granted by contract. The decision was the first to declare a state legislative act unconstitutional

Land confiscated from loyalists in Virginia during the american revolution was not given back. The Court rejected the claim that Virginia and the national government were equal in power and gave the land back to the rightful owners 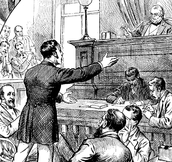 Summary: The Cohen brothers proceeded to sell D.C. lottery tickets in the Commonwealth of Virginia, violating state law. State authorities tried and convicted the Cohens and fined them $100. The state courts found that Virginia law prohibiting lotteries could be enforced, notwithstanding the act of Congress which authorized the D.C. lottery. The Cohens appealed to the Supreme Court, arguing that their conduct was protected by the Act of Congress authorizing the D.C. lottery.

Significance: Most noted for the Court's assertion of its power to review state supreme court decisions in criminal law matters when the defendant claims that their Constitutional rights have been violated. 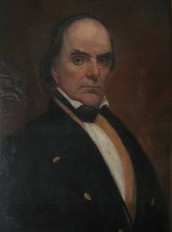 Dealt with the 2nd B.U.S. (Bank of the United States) Maryland taxed the B.U.S. to try to destroy it. Federal Government was supreme over state government

Bank of United States is Constitutional