Rylie is using Smore newsletters to spread the word online.

Get email updates from Rylie:

Geography influences the expansion of globalization

Geography influences the expansion of globalization

As the world becomes more connected, globalization and geography have a greater impact on our lives. 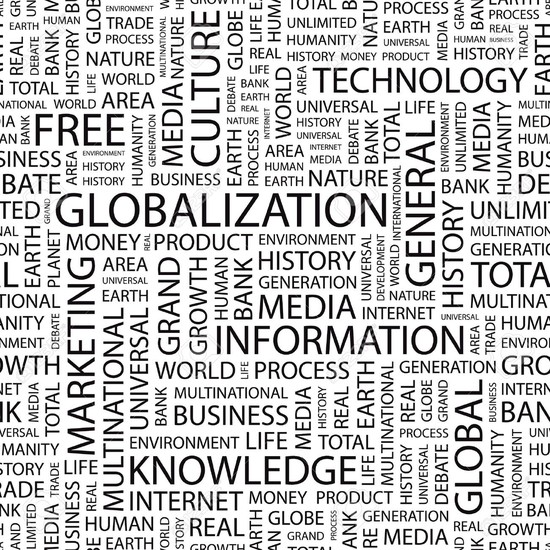 Globalization is the process in which political, cultural, technical, and economical ideas are spread around the world to satisfy the needs and wants of the people. 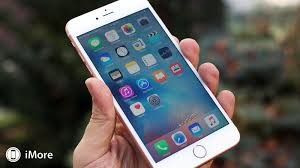 I chose my product to be my iPhone. Even though some of the resources needed to create an iPhone are from the United States, it is mainly manufactured and assembled in China. For an iPhone to be created there must a variety of resources and many countries being involved. First of course the ideas come from the american company, Apple. Then, rare earth metals from Mongolia and China compromises essential iPhone parts. After that, batteries, chip set, etc. come from Korea and Taiwan. A gyroscope from France or Italy allows users to flip the display from vertical to horizontal. Finally, more than 85% of apple products are assembled and made in China. Reasons such as, low pay for labor, speedy manufacturing, and a larger work force keep the Apple Company's manufacturing plants in China. After China makes the iPhone they are shipped all around the world especially the US, where people like us purchase the product at an Apple or Data carrier store.

Why is the iPhone made in China? 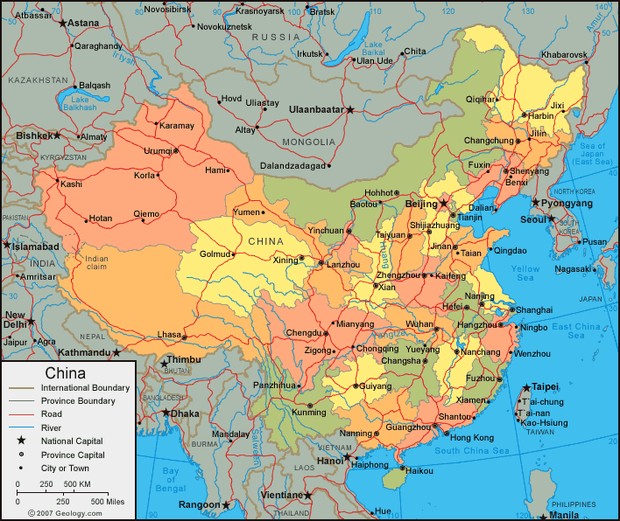 As you can see by the map, China has an extremely large coast making it ideal for shipping and trading purposes. China also has many highly populated cities creating tons of jobs, even with a small wage. Even though Apple mainly uses this China for the factory purposes, China also has essential natural resources needed for the creation of an iPhone.

China has many useful rare earth metals used in iPhones such as Ytrrium, Lathanum, and Dysprosium. China produces more than 90 percent of the worlds supply of rare earth metals. These rare earth lake deposits are very helpful for China's economy, but if these lakes aren't properly taken care of, they have been known to cause health risks to the surrounding cities.

Although these are very important in the iPhone making process, many parts of an iPhone are also imported from other countries. For examples, tin comes from Canada, steel comes from Taiwan, and gold from Congo.

Here is what a rare earth mine in China looks like. They can be more than 500ft deep!

Here are some of the rare earth metals that are mined in China and around the world. These metals are very important in the making of my product.

China's population is also a helpful factor in iPhone production. People live in China because of the highly populated and striving cities. This opens up many job opportunity's even for low pay.

Some of the most populated cities in China are:

Shenzhen holds one of the largest Apple supplier companies. 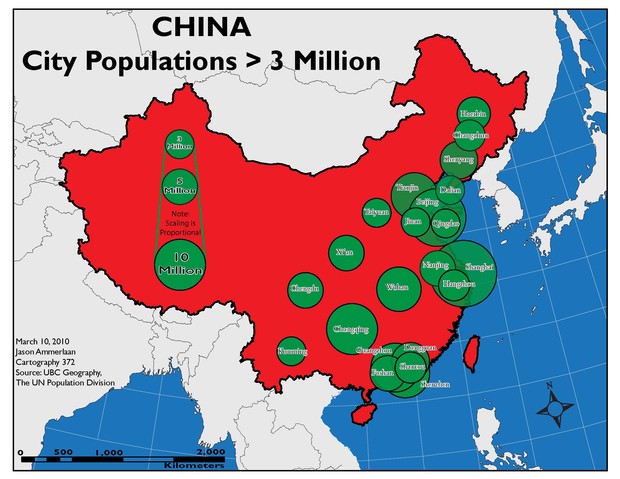 Shipping Ports: Shanghai's port is far the busiest in China and even the world. Last year, the turnover of Shanghai Shipping Port exceeded 650 million tons. Overall, Chinese ports distribute 5.6 billion tons of goods. This is crucial for the distribution of my product around the world.

Air Transportation: China's air transport represents about 2.2 million tons of freight merchandises. Since the iPhone is a fairly small product, air transport is probably one of the most reliable ways to transport iPhones to the United States.

Railway: Although my product would not be able to be transported to the US by train, it is definitely one of the most important ways to transport goods and people around China. Each year, railroads deliver 1,500 billion tons of goods. This is how iPhones would be transported if they needed to get to another factory, or to people in China.

The iPhone's largest manufacturer is Foxconn located in Shenzhen, China. This factory is 1.4 square miles in size and employs about 1.5 million workers. Foxconn is known for its recent suicides that have tragically occurred there. Even though the workers sadly only get less than $1 per hour, their speedy assembling of the iPhone is the main reason that Steve Jobs said that Apple Manufacturing will never be moved to the US. Workers at Foxconn can make about 300,000 iPhone camera lenses in only one shift!

Problems in Globalization Caused by my Product

Problem: One of the largest problems in our world today is protecting the environment. iPhones are filled with hazardous material that harms the environment. Usually every six months or so, Apple comes up with a newer version of the iPhone. This is making the problem worse because the more people who want the updated version of their iPhone, the more old ones being left to let off toxins into land fills.

Solution: My solution to this issue is to have Apple create a program that when you upgrade to a new phone you MUST turn in your old one to be reused or disposed of properly. Another solution to this problem is that instead of every six months creating a new iPhone, wait a bit. It will slow down business, but I think it will also help it since these days people are becoming more aware of the harm we are doing to the environment.

Problem: These days, everyone is constantly living off on electronics and social media. This new lifestyle is causing social problems and less physical activity. When children and also even adults are inside using electronic devises, it even puts people at health risk with many diseases such as heart disease and obesity. We need to stop this electronic obsession before its too late.

Solution: To fix this rising issue, Apple should promote more physical activity. Parents and themselves should monitor and have limits on when their child can use electronic devices. By doing this, we can all hopefully become more active physically and socially.

Problem: Over the past year, China's economy has been plummeting significantly. This has affected Apple since Apple's manufacturing centers are in China. This explains why the iPhone 6S did not sell as much as expected. Apple has not said anything about the drop in sales but financial analysts have explained that this is the reason Apple has been cutting orders to its Asian suppliers.

Solution: The solution that I came up with to fix this issue is that instead of coming up with small upgrades for the next phones, Apple should wait and do one revolutionary change that will catch the interest of the public. This will probably help Apple's economic issues and sell more of the product

Problem: There's no direct problem in culture created from the iPhone except for the the lack of face to face communication. There is one issue that I had talked about above with the Chinese culture rioting over the suicides and low pay. These workers are forced to work long hard hours and sleep in sweaty dorms with 8 other people. In a matter of 3 months, 14 workers have attempted suicide leaving notes that the work was just too much.

Solution: My solution for Apple is to switch companies or move manufacturing out of China so they do not get a bad reputation and ruin their business. I also think that Chinese workers should keep protesting until they get more money per hour and less extreme working conditions.

How does globalization relate to me?

Globalization is large part of my everyday life. Without globalization I would not have all of the things I have today. When I wake up, I put on slippers from Taiwan, I walk down stairs and eat breakfast food from places around the world. I check my phone which is technology thats made in China, then I take the bus as a mode of transportation and arrive at school. At school I communicate with my friends and learn about culture. As you can see, these are just small examples of how many things in my life have to do with globalization. 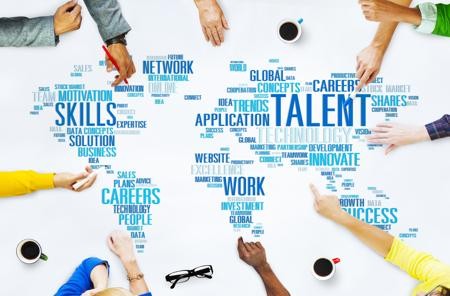 Even though we are not able to live our daily lives without involving globalization, globalization does have some negative side effects. One of them is technology. I constantly find my self obsessing over my phone instead of interacting with my family and friends. Even though we are still somewhat communicating, its just not the same and it has been proven to cause health problems. When we are always on our phones/computers we are ultimately losing the value of life. Another big problem is polluting the environment. Along with environment there has been many battles between different cultures, recently religious extremists. Overall, the four categories are destroying each other. 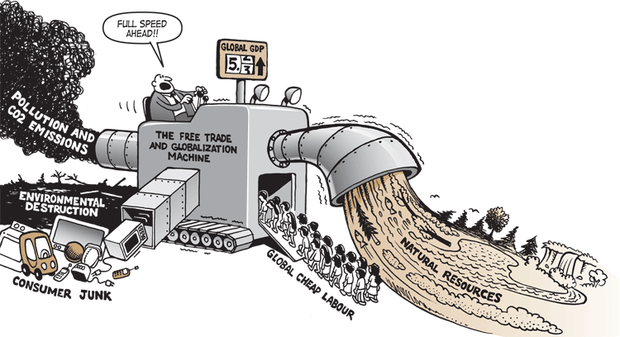 How Globalization/Geography will effect me in 15 years

In 15 years, globalization and geography would have probably effected me much more than they have today. My children's experience in life will most likely be very different from mine. His/Her life will be much more technology advanced and life will be mainly revolved around technology. I'm guessing that school will become easier since they will have so many resources to guide them and do work for them. I also believe that the environment we are surrounded by today will be much more polluted and over run. Even in my town today, so many new houses are being built and I'm afraid that when my kids are around there will no longer be "farm town Chester". I'm very interested to see what the world is like in the future.

Rylie is using Smore newsletters to spread the word online.