Get email updates from Madeline:

Say it to my face, not my status.

Bringing someone down will never help you reach the top.

Say it to my face, not my status.

Bringing someone down will never help you reach the top. 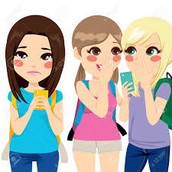 A 14 year old girl is walking through the halls of high school. She notices that students are looking at their phone, while laughing. Hearing everyone's phone go off, everyone turns their eyes to her and smirks. Moments later, she assumes that the latest alert was most likely about her. She silently whispers to herself, “I wish people would just say things to my face and not my status.” Feelings such as these are not limited to a few, but rather many people in today's social media-driven society. Unfortunately, this isn't just a paranoid response, as similar feelings are deeply rooted in past experience. Sadly, this situation is all too common among this generation.

Problems with the media

Making students aware of the pitfalls, they can become empowered to make positive changes. Struggling with social pressures is not a new phenomenon for teens. Advances in technology, specifically regarding social media, have increased the intensity of the level of stress for many. Cyber bullying is one of the most common issues involving teens’ use of social media. Hiding behind an online persona, some teens will start rumors, gossip, or mock their classmates. With 800 million people worldwide using social media sites, it is difficult for administrators or police to investigate the bullying. According to cyber leniency, “social networking sites remain frequent venues for bullies to carry out cyberattacks on their peers” (MacKay). In addition, Salem Press Encyclopedia states, “Though cyberbullying is predominately among teenagers, all age groups are affected by this type of harassment” (Caffrey). On the other hand, most teens struggle as the victims of this type of behavior. Whether one is the tormentor or the victim, cyberbullying effects in depression or even thoughts of suicide. Today’s youth use these social media networking sites so they can bring someone down rather than bring them up. 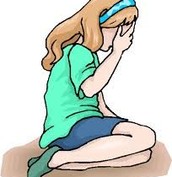 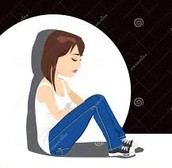 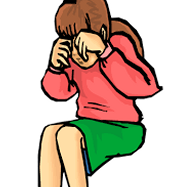 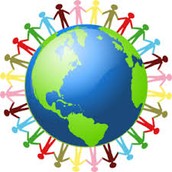 solutions to the media

The use of social media among teens does not have to be such a negative influence. Cyberbullying can be avoided by putting some restrictions on one’s use of platforms such as Snapchat and Twitter. Reporting or blocking the bullied online will help prevent teens from being exposed to negativity. Counselors can discuss the issues and assist students that can effect in helpful solutions to the problem. Potential bullies must be encouraged to think before they post something insulting. Furthermore, they should be reminded that even though some sites boast about “disappearing” posts, there will always be a media footprint left behind. Replying back will do more harm than good. Instead, avoid anything in the heat of the moment that can damage one’s morality.

People should use social media to communicate nice and positive things; sadly, it is used for posting critical and judgemental comments. Cyber bullying is something people should never have to experience or go through. Being told someone is not worth it not only can hurt them mentally, but physically as well. Individual changes must be made in order for social media related problems to be resolved. Due to rapidly growing technology, social media will continue to expand. The increase of the number of teens online affects the way an individual may handle the bullying. Teens must decide for themselves what remedies they will adopt to avoid cyberbullying. Feeling the sting of painful comments will likely be the call to action that many will need to change their behaviors. 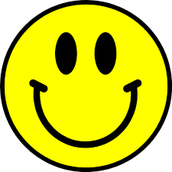