Raphael is using Smore newsletters to spread the word online.

Get email updates from Raphael:

Moving Towards The Key To Success

Moving Towards The Key To Success

In this story there were to men that ventured out to find some goods to bring back to the village and sell the goods. Each night was a campfire, they settled one place, moved on in the morning and when nightfall came, the built a new campfire and slept. One day there were going out too far they didn't know where they were going. They used all their resources and at the moment they were helpless. They had no water and no food so they really had to search for resources to keep them alive. Sooner or later they saw a rock and in/beneath that rock there was water. Something to keep them alive. But there was one adversity, they had to break the rock to get to what they needed. It took a long time and some strength but they had finally got the water. They were drinking the water, bathing in the water, and they were doing all sorts of things with the water to keep them cleanse and just simply drinking the water. They were so happy to bathe in the water because they haven't bathed for weeks and days. They found their way back home to the small village and they sold some goods that they brought from the adventure that they had.

What I learned from the perseverance of Eleanor Roosevelt to help me overcome some of the hurdels in life is that she may have had a very tough childhood, but she worked her way up to be successful and become a great woman to look up to in life. She has done many things to help me and others of my race. She helped stop segregation and she did something that Caucasian people don't usually do in that timer period. African American children were kissing her, touching her, hugging her. They did something that you couldn't do in the time period. Overall she was a very good woman. Even when the odds were on her side, she still became the first lady, she still persevered and did a lot if things. Even though I wasn't alive to see her when she was, she still seems like a nice, caring woman that was against racism. She gave the little kids something that she never got when she was growing up, Love. She never really got love, and if she did, it was her dad. Her dad was always there in the time of her adversities . Her mom never loved her. She always thought she was the ugly one in the family "The ugly duckling" some people would say, eventually she proved her mother wrong and became first lady. But it was too late.. Her mother died of diphtheria. Then came her dad. He was suicidal, and eventually killed himself from jumping from a high distance. She had to go though a lot but she still came out strong. 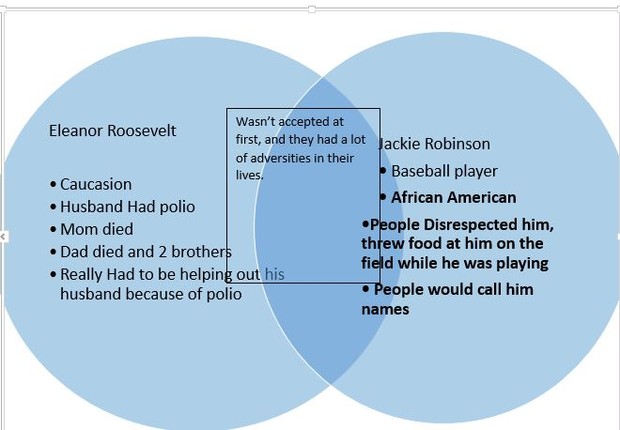 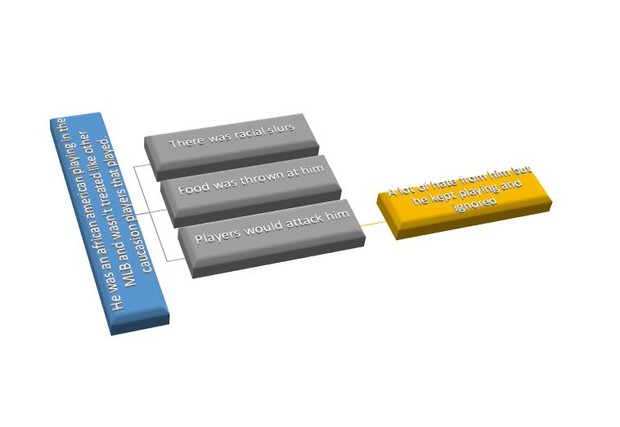 Nadja started out as a normal girl that played the violin because her mother inspired her. But there was one day that everything changed. While she was chopping onions preparing for Christmas dinner for family and friends and injured herself. She went through surgery and it took her 6 moths to recover. After her finger healed she became depressed. She attempted to commit suicide but the gun failed to fire. It took some time for her to recover but she still persevered. She practiced and practiced and eventually got into a huge contest. She practiced and practiced until she really got it. In 2006 she was the happiest person in the world. She beat the odds of winning and people really saw her as a different peerson. She won and became the best violinist in the world. She still does what she does today and is an inspirational woman for children, for them to look up to her and really see her as a role model

Throughout this article/newsletter you have probably learned some things. But there is just one more thing I want to be sharing with you, is perseverance. In my own words persevering is A man that had proceeded exertion will beat An was troublesome circumstances through solid determination Regardless of challenges disappointments alternately Restriction, AKA not giving up in the hard time in you're life. Sometimes people may drag you down with words, or even say you're not good at something but deep down inside you know that you're good at the activity/sport you do. Getting right back is they key to success. Never surrender. Keep fighting. Don't let it get the best of you.. The overall message/ Lessons Learned from Perseverance is that we never ever give up in the toughest of times. Just like Jackie Robinson he had the urge to fight back, but he kept that all in. He was distracted by all the people in the stands throwing food at him, insulting him, telling him to go back where he came from, or even saying you're not good at what you do. Jackie didn't listen to all that. He kept on moving on every day. Same thing with Eleanor Roosevelt. Her mom never liked her because she was ugly or she didn't look like her siblings. But that ugly duckling made it out in life and really showed who she was. She gave children love, something that she never got when she was little. She helped draft a written law, and she was helping stop segregation and all of the racism around the world. I really look up to her as a role model and I hope you do too. Even though she had a lot of adversities and troubles in her life, she sill moved on and never gave up.

Raphael is using Smore newsletters to spread the word online.