Da'vanae is using Smore newsletters to spread the word online.

Get email updates from Da'vanae:

Witch one of these 2 versions were closer to the text of the book. 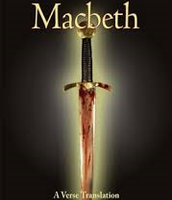 One thing that these two versions have in common is that Lady Macbeth is acting crazy like she has completely lost her mind. It was significant because it was like the book but only I picture mutation which made it better.

Da'vanae is using Smore newsletters to spread the word online.