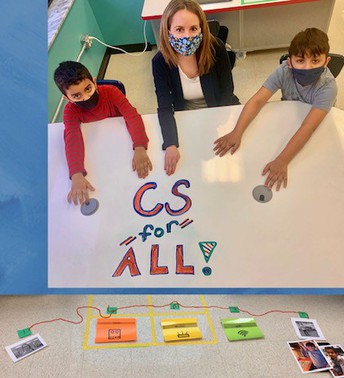 A member of the 2019-2020 PAsmart Targeted Grant K-8 Pathway, one of Ms. Stahl's goals for CS education is to increase engagement of underrepresented populations.

In one of Ms. Stahl’s recent Adaptive Classes, students practiced building a network using a server, router, and Wi-Fi. Students numbered each step to demonstrate how pictures can be transferred from one device to another and made connections along the way to visualize how the internet works.

When asked what others should know about her, Ms. Stahl shared: "I will continue to grow an inclusive CS Education for All!" For more ideas from her classes and lots of #CSforAllPA inspiration, follow Ms. Stahl on Twitter.

We love learning about what’s going on with your efforts to expand CS in your community. Share with a tweet with #CSinPA or email us at csforall@pattan.net.

We're excited to kick off Women's History Month by recognizing PA schools awarded the 2020 Advanced Placement (AP) CS Female Diversity Award given to schools with females representing 50%+ of all CS exam takers, or a percentage of CS exam takers meeting or exceeding the school's female population.

AP CSP is an introductory experience designed to attract a broad range of students to CS, especially those from historically underrepresented groups. Want to learn more? Email us! We're happy to discuss what AP CSP offers PA schools and students.

If your school offers AP CSA or has been exploring the idea of adding it to your course catalog, here's a great opportunity: We're recruiting CS teachers for a special pilot of a new AP CS-A curriculum developed by Code.org and Amazon Future Engineers.

Join us for a conversation on widespread bias in algorithms used in artificial intelligence (AI), as explored in the documentary, Coded Bias, and supplementary resources.

Drop by our Zoom rooms to chat with us about CS education. No registration needed.
K-8: Click here to join via Zoom

If you haven't yet, please tell us your plans for the certification and exam with this Google Form. The form allows for multiple submissions allowing you to update your status with the exam (before/after you register, and after you take the exam).

Based on the PAsmart K-8 Pathway, our new CSinPA K-8 Virtual Pathway is open to ALL K-8 educators across Pennsylvania. To request more information, fill out this brief form.

The end of the K-8 Pathway (Feb. 21) was marked with virtual meetings where participants shared their CS implementation pilot projects. We are proud of the participants' efforts and are impressed with their plans for continuing to expand CS education in their schools and communities.

Participants are now in Module 2 of the equity and pedagogy course and will meet on March 3 for their first PLC live session. 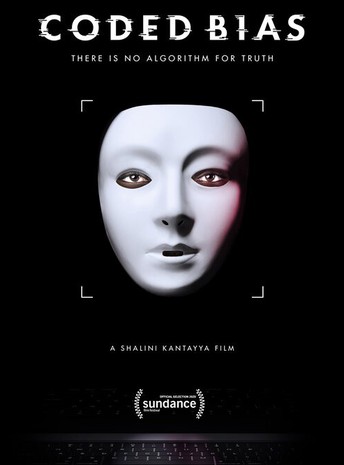 We have purchased licenses to provide the CSnPA community access to the Sundance documentary, Coded Bias this month.

Modern society sits at the intersection of two crucial questions: What does it mean when artificial intelligence (AI) increasingly governs our liberties? And what are the consequences for the people AI is biased against? When MIT Media Lab researcher Joy Buolamwini discovers the most facial-recognition software does not accurately identify darker-skinned faces and the faces of women, she delves into an investigation of widespread bias in algorithms. As it turns out, artificial intelligence is not neutral, and women are leading the charge to ensure our civil rights are protected. Watch the trailer here.

The film will be available to view on-demand at no cost via a special website just for CSinPA.

New CSinPA resources and others

The Family Toolkit is organized in the same way as the Administrator Toolkit and Teacher Toolkit on the PaTTAN website, but provides information in welcoming language and resources of particular interest for parents and families.

Thanks to the input and support from the CSinPA community, this publication is now available in a handy PDF.

Each Google Doc contains a guided exercise for CS teachers.

We've been collaborating with StartSOLE to include the CSTA standards in their web client, and now you can now add and find CSTA-aligned questions. To build the collection, we're helping StartSOLE front load and “fast track” the vetting process for CS questions. If you have suggestions for CS questions to share in StartSOLE, please submit them to us with this Google Form so we can get them approved and added quickly.

For more resources and opportunities:

Here's something else we're excited about this month:

On February 26th, 2021, the NASA Headquarters building in Washington D.C. officially became the Mary W. Jackson Headquarters Building, honoring the first African American female engineer at NASA and one of the women now know as the Hidden Figures.

Learn about the remarkable women in CS at NASA.

Watch the ceremony for the Mary W. Jackson Headquarters.

Explore NASA From Hidden to Modern Figures resources, including an educational toolkit containing activities and resources for K-12 students.