If you haven't heard the story of the ratification of the 19th Amendment, you are missing out on some great American drama! The suffragists needed one more state to get the required number for passage of the amendment. Tennessee was hanging in the balance- supporters of the amendment wore a yellow rose in their lapels and the opposition arrived with a red rose in their lapel. One young legislator, Harry T. Burns, wasn't sure how to vote until a letter arrived from his mother! Check out the NPR Story for more details and THEN watch the video!!!! 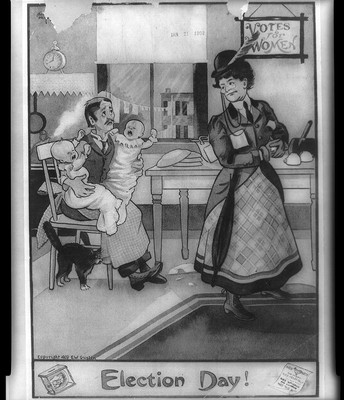 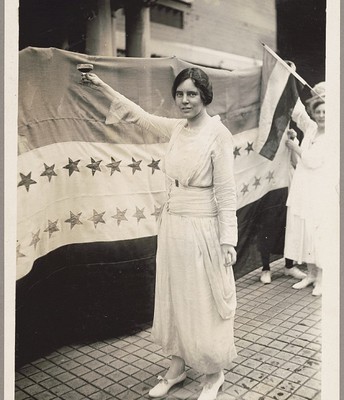 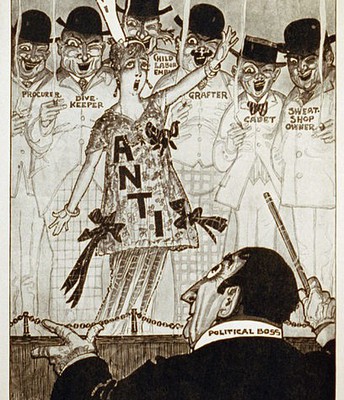 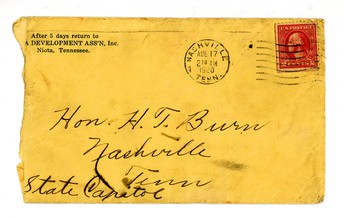 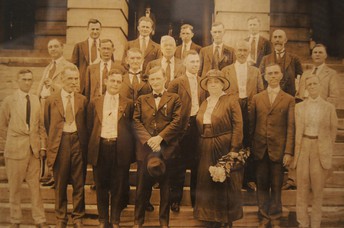 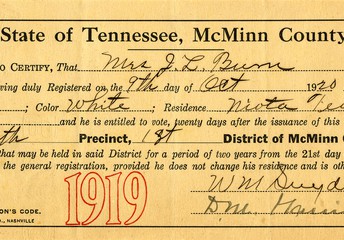 Minnie Fisher Cunningham led the Texas charge for women's suffrage! Texas women were active in the national movement but realized that they could obtain Primary suffrage in Texas without a national amendment. The Texas Woman Suffrage Association (TWSA) worked to pass a Primary Election Bill. And once the impeached Governor James Ferguson's left office, his successor William P. Hobby introduced the bill in a special session. It passed both houses within a week! But this victory was just the beginning, read the following articles to see how Texas became the first state in the South to ratify the 19th Amendment!

100 Years Ago on This Day—August 26, the Nineteenth Amendment of the Constitution of the United States became law.

Only a few weeks after it was passed by the U. S. House and Senate, Texas ratified the Nineteenth Amendment on June 28, 1919, becoming the first southern state, the ninth in the nation, to vote in favor of the federal amendment that addressed women’s right to vote. Over a year later, in August 1920 enough states had ratified for the woman suffrage amendment to become law.

The passage of the Nineteenth Amendment into law was an important event—a milestone. Generations of women and men by that time had fought for that moment, and many more generations after 1920 continued the fight for their right to vote and for that of others. Not all women in the U. S. gained voting access in 1920, and this fact is essential when remembering the woman suffrage movement. August 26, 1920, was not a beginning or an end—it was a continuance of a long voting rights movement.

In many states, including Texas, all of the local and state woman suffrage associations affiliated with the National American Woman Suffrage Association and the National Woman’s Party were segregated. Part of the recent centennial attention has been a call for commemorations to place an increasingly diversified suffrage history at the center, one that includes more women from a wide variety of backgrounds, and which openly recognizes the harm caused by the racism and segregation that was part of the woman suffrage movement.

Further, TSHA wants to make sure that people have access to these histories, and as such, the content produced for this centennial is free and open to the public. We invite you to download the free eBook, Texas Women and the Vote, and peruse the accompanying webpage to explore a variety of stories about Texas women’s voting history.

Thank you for your support of TSHA,

To Tell Their Story...PBS and the American Experience presents The Vote!!!!

PBS has done a great job including ALL of the stories in this narrative. For so long, not all women were included in the telling of the 19th Amendment. With this new documentary, we learn about those whose stories were left out because of the color of their skin.
To Tell their Story...The Vote

Click on the link to watch the newly released documentary about the passing of the 19th Amendment.

Women Continue the Push for Equality in a Variety of Ways 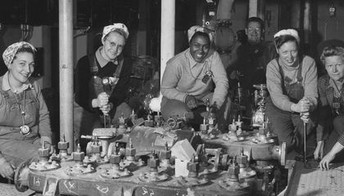 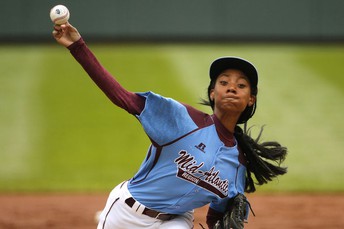 At 90, labor leader Dolores Huerta still works to make a difference. ‘You can’t do it all by yourself.’

www.usatoday.com
Labor leader who co-founded the United Farm Workers union is still fighting for equality. "There's so much work out there," she says. 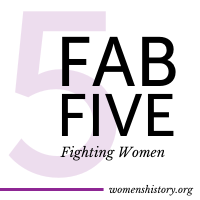 www.womenshistory.org
In celebration and honor of the 19th amendment’s centenary anniversary, the August Fab Five celebrates Five Fighting Women during National Women’s Suffrage Month in tribute to all the women on whose shoulders we stand today who fought for expanded voter rights. 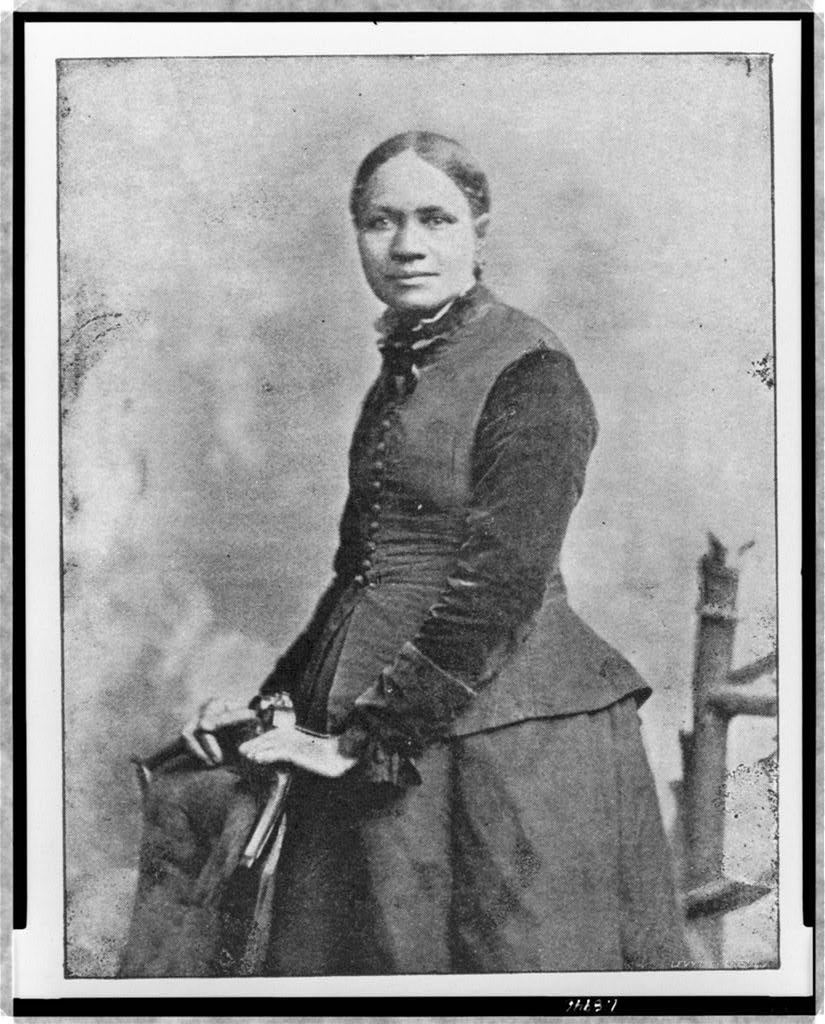 So Many Great Picture Books to Add to Your Classroom Collection 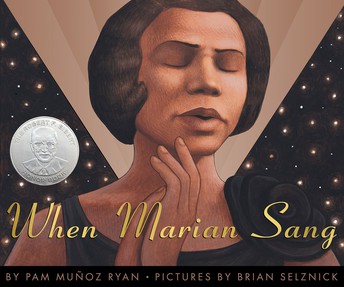 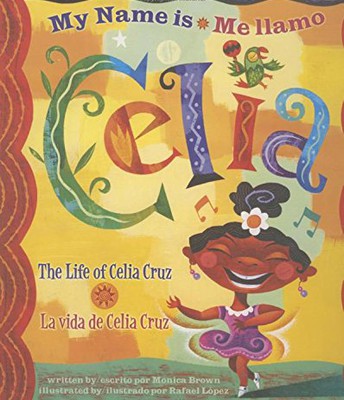 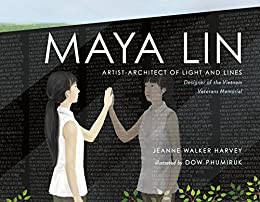 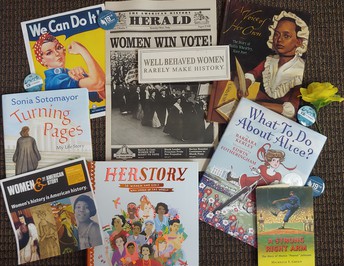