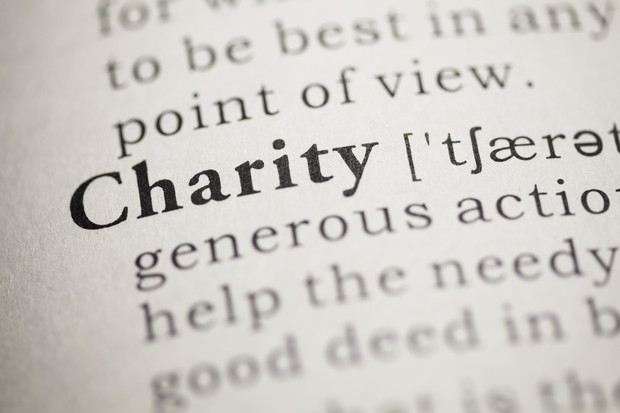 Many readers of Money & Mission will be accustomed to thinking about how the public reacts to appeals from The Salvation Army. But how often do we consider our reactions to solicitations by other charities?

These appeals can come at any time of the year, but they tend to peak in early December, whether by mail, at the door, or over the telephone. Of course, this is just when we are busy planning activities for Christmas and the holiday season. Most appeals are for apparently worthy causes; indeed they tug at the heart strings with eloquent entreaties to support needy children, those suffering with a variety of diseases or others in need of help.

There are three challenges in reacting to these solicitations. The first is that some organizations have names that are very similar to those of other charities, including ones you may wish to support. This means that you may end up donating to a charity, simply because of name confusion. For example, the Canada Revenue Agency website lists almost 200 charities in Canada that have “cancer” in their names. Second, there are charities that spend disproportionate amounts on fundraising so that only a small proportion of donations actually support the organization’s cause. Third, it is better to be selective; you can’t donate to all causes, so how do you choose?

The Canadian Anti-Fraud Centre recommends deciding at the beginning of the year which charities you will support. This provides ample time to find out the correct name of the charity, rather than reacting in haste to a solicitation from an organization with a similar name. Also, you can make enquiries about fundraising costs, and think carefully about the causes with which you most closely identify, instead of succumbing to pressure by an aggressive solicitor, who may be earning a commission on donations obtained.

If prospective donors are becoming more diligent in assessing the charities they will support, we have to be prepared to respond to their questions about the Army’s fundraising costs and the use to which their donations will be put.

Given that the tax season is upon us, we thought it timely to provide a reminder of some of the requirements when issuing official donation receipts to donors.

Content of Receipts: Official donation receipts must contain the following:

1. Statement that it is an official receipt for income tax purposes.

2. Name and address of the charity as it is filed with the Canada Revenue Agency (CRA).

4. Serial number of the receipt.

5. Place or locality where the receipt was issued.

6. Day or year donation was received.

7. Day on which the receipt was issued, if it differs from the day of donation.

8. Full name, including middle initial, and address of the donor.

10. Value and description of any advantage received by the donor.

12. Signature of an individual authorized by the charity to acknowledge donations.

13. Name and web site address of the CRA – www.cra.gc.ca/charities

For non-cash gifts (gifts in kind), in addition to the above, include:

14. Day on which the donation was received (if not already indicated).

15. A brief description of the property transferred to the charity.

16. Name and address of the appraiser (if property was appraised).

17. Deemed fair market value of the property in place of the amount of gift in #9 above.

(Remember that an independent appraisal is required if fair market value exceeds $1,000.)

Minimum Gift Value: The Salvation Army has established a minimum gift value of $10.00 for which an official donation receipt will be issued. This minimum threshold was established as a standard territorial policy for all ministry units and headquarters. Exceptions will be permitted in the following situations: where the donor specifically requests a receipt (even if the amount donated is less than the policy minimum), the Red Shield Blitz appeal and internet receipting.

The date of deposit is independent of the date of receipt. A donation received on December 30, 2014 but not deposited until January 2, 2015 should be receipted with a 2014 date. For cash donations received just prior to or just after December 31, ensure that you have adequate internal records to support the date of the official donation receipt (such as a receipts log signed by two people).

In the Editorial for the October 15, 2014 issue of Money & Mission we recognized the contributions of the volunteer members of the Army’s Investment Advisory Committee, who oversee two investment portfolios with a total value in excess of $1 billion. We thanked them, by name, for their significant contribution to the work of the Army in Canada and Bermuda.

Of course, there are tens of thousands of other volunteers who serve the Army every year. According to the statistics provided with the Army’s financial statements for fiscal 2014, 165,680 volunteers contributed 1.4 million volunteer hours during the year. Indeed, without these volunteers, the Army’s work would have to be significantly curtailed. But how do we thank our volunteers?

An organization which has given careful thought to the best way of recognizing the contributions of volunteers is Volunteer Canada. In 2013, this organization conducted two on-line surveys:

The first survey found that 80% of the volunteer respondents would like to be thanked by hearing about how their work has made a difference; nearly 70% stated that they would like to be recognized by being thanked in person on an ongoing, informal basis. As one respondent said “For me, authentic personal thanks means more than anything else.” On the other hand, the least preferred forms of recognition included banquets, formal gatherings and public acknowledgement in newspapers, radio and television.

Interestingly, the second survey found that 80% of organizations believed that they did not have sufficient money to recognize volunteers in the way they would like to – yet the ways preferred by volunteers are the most cost-effective. Generally, volunteers don’t want to be thanked in public ways, but they do want to hear about the impact of their contributions. NPOs can expand the concept of recognition by taking the time to learn about their volunteers’ motivations and recognition preferences. This could be done through a simple questionnaire, to accompany the documentation already being requested for screening and administration. Also, NPOs can also develop events that embed volunteer recognition with training opportunities.

For further information about these surveys, please follow the link below.