Aina is using Smore newsletters to spread the word online.

Get email updates from Aina: 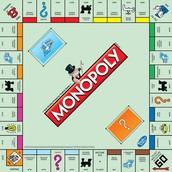 Learn how to play the game that requires intelligence, time, and the need to have fun!

The first step is to choose a banker. The players need a token to represent them. To determine who is going first, all players should take turns rolling the dice. The player who has the highest number shown on the dice goes first. Every player in Monopoly starts out with $1,500. The player going first rolls the dice. They move their token the number of spaces shown on the dice. If they roll doubles, they get to take another turn. If the player lands on a square with a colored stripe, they can choose to buy the property. If the person chooses not to buy the property, it will go to auction. Players can bid as long as they have the money. In case the property is owned by another player, the person will have to pay the rent. The amount that needs to be paid is stated on the property card. Players can buy houses only when they own all the properties of the same color. After owning four houses on the same property, players can buy a hotel. The rent that is collected by the owner increases with the number of houses and hotels owned. If a player lands in jail, they can roll doubles, wait three turns, or pay $50 to get out. Landing on a "Community Chest" square or a "Chance" square means that the player has to pick up the card from the pile that corresponds with the square. The cards state a task that the player has to complete. If a player needs more money, they can put their properties on mortgage. Whenever any player passes the "Go" square, they collect $200 dollars from the bank. Players declare bankruptcy when they owe more than the assets they own. The last player standing wins!

How to Play: Monopoly

- first pieces were made from materials in Charles's home

- over one billion people have played Monopoly worldwide

- the original Monopoly sold for around $2

I like Monopoly because it requires strategy, there are surprises from the dice, "Chance", and "Community Chest" cards, and when I lose I do not mind because Monopoly is about having fun!

How long have you played Monopoly?

I have played Monopoly for about seven years.

Would you recommend Monopoly?

I would definitely recommend Monopoly as it is a challenging and intelligent game.

Aina is using Smore newsletters to spread the word online.