Staff Picks for Children and Teens

Staff Picks for Children and Teens 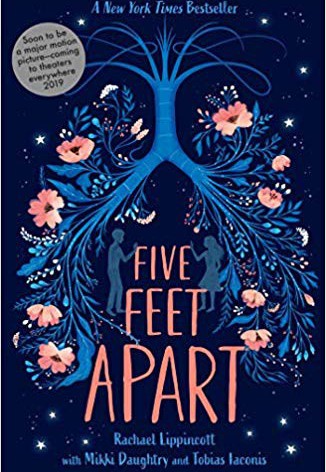 In this #1 New York Times bestselling novel that’s perfect for fans of John Green’s The Fault in Our Stars, two teens fall in love with just one minor complication—they can’t get within a few feet of each other without risking their lives.

Can you love someone you can never touch?

Stella Grant likes to be in control—even though her totally out of control lungs have sent her in and out of the hospital most of her life. At this point, what Stella needs to control most is keeping herself away from anyone or anything that might pass along an infection and jeopardize the possibility of a lung transplant. Six feet apart. No exceptions.

The only thing Will Newman wants to be in control of is getting out of this hospital. He couldn’t care less about his treatments, or a fancy new clinical drug trial. Soon, he’ll turn eighteen and then he’ll be able to unplug all these machines and actually go see the world, not just its hospitals.

Will’s exactly what Stella needs to stay away from. If he so much as breathes on Stella she could lose her spot on the transplant list. Either one of them could die. The only way to stay alive is to stay apart. But suddenly six feet doesn’t feel like safety. It feels like punishment.

What if they could steal back just a little bit of the space their broken lungs have stolen from them? Would five feet apart really be so dangerous if it stops their hearts from breaking too? 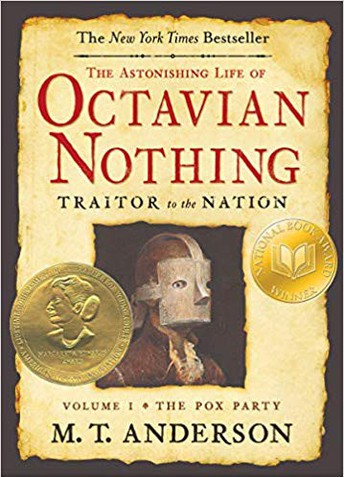 The Astonishing Life of Octavian Nothing

Young Octavian is being raised by a group of rational philosophers known only by numbers — but it is only after he opens a forbidden door that learns the hideous nature of their experiments, and his own chilling role them. Set in Revolutionary Boston, M. T. Anderson’s mesmerizing novel takes place at a time when Patriots battled to win liberty while African slaves were entreated to risk their lives for a freedom they would never claim. The first of two parts, this deeply provocative novel reimagines past as an eerie place that has startling resonance for readers today. 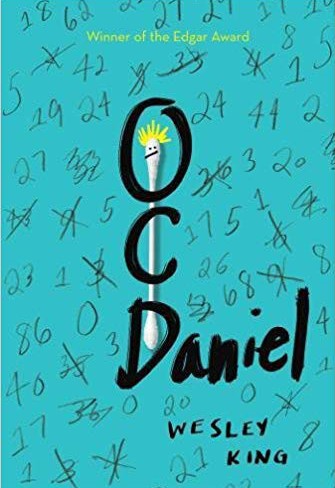 From the author of Incredible Space Raiders from Space! comes a brand-new coming-of-age story about a boy whose life revolves around hiding his obsessive compulsive disorder—until he gets a mysterious note that changes everything.

Daniel is the back-up punter for the Erie Hills Elephants. Which really means he’s the water boy. He spends football practice perfectly arranging water cups—and hoping no one notices. Actually, he spends most of his time hoping no one notices his strange habits—he calls them Zaps: avoiding writing the number four, for example, or flipping a light switch on and off dozens of times over. He hopes no one notices that he’s crazy, especially his best friend Max, and Raya, the prettiest girl in school. His life gets weirder when another girl at school, who is unkindly nicknamed Psycho Sara, notices him for the first time. She doesn’t just notice him: she seems to peer through him.

Then Daniel gets a note: “I need your help,” it says, signed, Fellow Star Child—whatever that means. And suddenly Daniel, a total no one at school, is swept up in a mystery that might change everything for him.

With great voice and grand adventure, this book is about feeling different and finding those who understand. 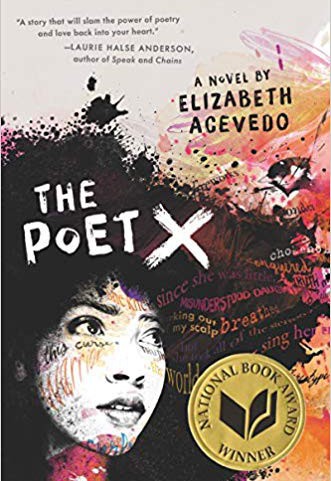 Fans of Jacqueline Woodson, Meg Medina, and Jason Reynolds will fall hard for this astonishing New York Times-bestselling novel-in-verse by an award-winning slam poet, about an Afro-Latina heroine who tells her story with blazing words and powerful truth.

Xiomara Batista feels unheard and unable to hide in her Harlem neighborhood. Ever since her body grew into curves, she has learned to let her fists and her fierceness do the talking.

But Xiomara has plenty she wants to say, and she pours all her frustration and passion onto the pages of a leather notebook, reciting the words to herself like prayers—especially after she catches feelings for a boy in her bio class named Aman, who her family can never know about.

With Mami’s determination to force her daughter to obey the laws of the church, Xiomara understands that her thoughts are best kept to herself. So when she is invited to join her school’s slam poetry club, she doesn’t know how she could ever attend without her mami finding out. But she still can’t stop thinking about performing her poems.

Because in the face of a world that may not want to hear her, Xiomara refuses to be silent. 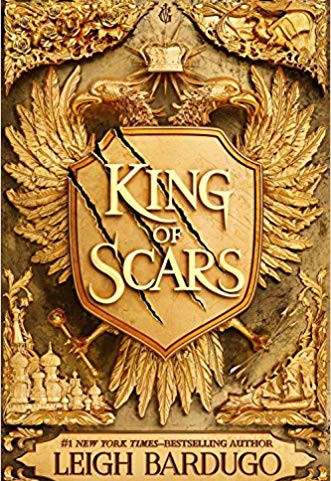 Face your demons...or feed them. The dashing young king, Nikolai Lantsov, has always had a gift for the impossible. No one knows what he endured in his country’s bloody civil war―and he intends to keep it that way. Now, as enemies gather at his weakened borders, Nikolai must find a way to refill Ravka’s coffers, forge new alliances, and stop a rising threat to the once-great Grisha Army.

Yet with every day a dark magic within him grows stronger, threatening to destroy all he has built. With the help of a young monk and a legendary Grisha general, Nikolai will journey to the places in Ravka where the deepest magic survives to vanquish the terrible legacy inside him. He will risk everything to save his country and himself. But some secrets aren’t meant to stay buried―and some wounds aren’t meant to heal.