chyrylle is using Smore newsletters to spread the word online.

Get email updates from chyrylle:

Help save millions of people around the world

Help save millions of people around the world

Hunger is a problem as old as time and history. A problem that is never been solved. It is a problem that kills millions of people and keeps on killing every five seconds but what does world hunger really means? Hunger can be define in three things, the uneasy or painful sensation caused by want of food; craving appetite, the exhausted condition caused by want of food and the want or scarcity of food in a country. These are the typical meaning of world hunger, but not for the people who are suffering because of it. 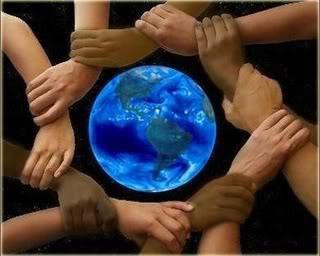 There is a lot of programs online, food drives, organization, association and groups that main goal is to help solve world hunger. You should join them. One of them is Freerice.com.It is a website made for people like us. They have questions for you to answer and every time you get a question right ten grains of rice are donated to Africa.

portal.sliderocket.com
What are you going to do about hunger?
More Than a Meal
SBC World Hunger Fund
Horn of Africa Relief 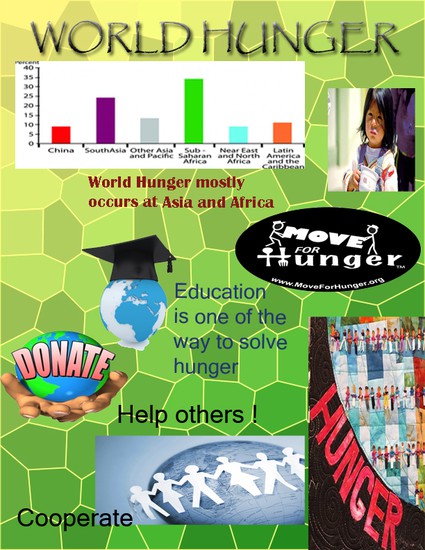 ♥ In Sub-Saharan there are 239 millions who don't have any food.

♥ Yet there are 1210 billionaires out there who are not doing anything.

♥ Every 5 seconds someone die because of hunger

♥ and 15 millions each year

♥ there are 1.2 billion people who are suffering in obesity and go to sleep with an empty stomach 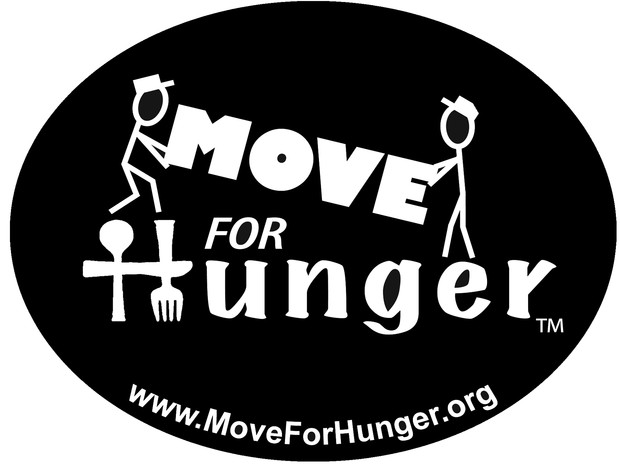 "It is important for people to realize that we can make progress against world hunger, that world hunger is not hopeless. The worst enemy is apathy."
-- Reverend David Beckmann

"We are a country that prides itself on power and weatlh, yet there are millions of children who go hungry every day. It is our responsibility, not only as a nation, but also as individuals, to get involved. So, next time you pass someone on the street who is in need, remember how lucky you are, and don't turn away."
-- Lesley Boone

"Feeding a child at school is such a simple thing – but it works miracles."
-- Drew Barrymore

"I can’t think of any issue that is more important than working to see that no schoolchild in this world goes hungry."

"If you want to eliminate hunger, everybody has to be involved."
-- Bono

"If you desire peace, cultivate justice, but at the same time cultivate the fields to produce more bread; otherwise there will be no peace."

"One of the greatest feelings in the world is knowing that we as individuals can make a difference. Ending hunger in America is a goal that is literally within our grasp."

chyrylle is using Smore newsletters to spread the word online.

Follow chyrylle digsay
Contact chyrylle digsay
Embed code is for website/blog and not email. To embed your newsletter in a Mass Notification System, click HERE to see how or reach out to support@smore.com
close