Get email updates from West Austin:

Please join us for our next monthly Neighborhood Meeting

at the Howson Branch Library

RSVP to receive an agenda as it becomes available....

Past President's Message - 2017 in Review

The Board of the West Austin Neighborhood Group wishes each of you the happiest of Holiday Seasons and health, peace and prosperity for 2018. A quick drive or better yet stroll, walk or jog through the neighborhood at night reveals a community filled with the joy of the season. I am reminded of a quote I saw several years ago and thought it appropriate to reiterate: "how we spend our days, of course, is how we spend our lives." Together, let’s continue to spend our days continuing to make West Austin the wonderful neighborhood and indeed the wonderful community it is.

Your volunteer Board of Directors has been engaged in a multitude of issues that face our neighborhood and our community. In many regards, 2017 has been relatively quiet, particularly on the development front but it has been a busy year nonetheless.

I was going to say “lastly, our neighborhood parks” but then came….

The one issue that consistently has been the focus of most our meetings and outreach this year has been CodeNext. CodeNext is a farce that has been poorly executed by the City’s planning staff and to this point, both the process and the product have been nothing short of awful. Besides a lack of transparency, mismanagement and cost overruns, now the City is facing the prospects of a referendum on CodeNext and the spectre of an audit.

The current version of CodeNext ignores the fact that we are part of neighborhood plan that was a multi-year collaboration of the West Austin community. Our neighborhood plan was adopted by City Council in 2010 and was incorporated into Imagine Austin along with all other Council-adopted neighborhood plans. CodeNext was intended as a tool to implement Imaging Austin but it has been hijacked and misdirected to accommodate other agendas. However, thanks to the tireless efforts of organizations like ours, Councilmember Alter, and other members of the City Council, we have been given at least until the end of February to review and consider the impacts and unintended consequences of the latest version.

There is no doubt that the City’s land development code needs to be cleaned up, the permitting process needs to be modernized and staff needs to be better trained, systems need to be more efficient and staff in the field need to be uniform in their application of the code – these should have been the highest priorities. That is where this process should have been focused and that is what the West Austin Neighborhood Group has been stressing. Don’t believe the nonsense that CodeNext improves affordability, the environment or impacts sprawl. In fact, it does absolutely nothing for any of these three essential community concerns.

It is critical that you either get or remain engaged on CodeNext. The future of our neighborhood and the Austin community relies on it. 2018 promises more intense discussions and engagement on CodeNext as well as the ramping up of meetings on the future of the Brackenridge Tract. We need you, your voice and your passion!

If you haven’t, please don’t forget to renew your membership! You may renew online at www.WestAustinNG.com or pay by check. If you do have questions about your membership, please contact membership@westaustinng.com.

Please note that our meeting date and time has changed due to scheduling issues at the Howson Branch Library. Our new meeting day and time is going to be the first Tuesday of the month from 6:30 to 8 PM.

Have a wonderful and safe Holiday Season! We’ll see you in 2018! Cheers!

WANG Board of Directors & Committee Members

Organized 1973......"To preserve our neighborhood and protect it from deterioration" 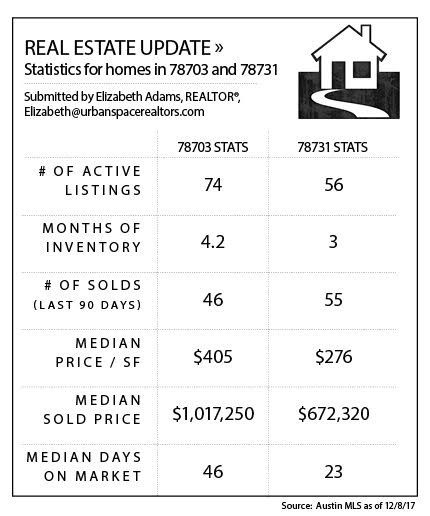 Move CODENEXT from the "BACK ROOM" to the "BALLOT BOX"

City of Austin Staffers are trying to create a new land development code called CodeNEXT that could have devastating effects on the character of our neighborhood and neighborhoods all over the city.

The West Austin Neighborhood Group board is carefully following CodeNEXT and voicing our objections and concerns, but the City needs to hear from you, the neighbors.

Current concerns with CodeNEXT include:

The increased development entitlement of CodeNEXT will increase land value and raise taxes in our neighborhoods.

Increased density in our neighborhoods will increase the runoff leading to worsening of drainage problems and city flooding problems downstream.

The best chance that we have of encouraging the City of Austin to create a CodeNEXT draft that doesn’t harm our neighborhood and city is to require that the draft that they create be approved at the ballot box. It is our right to call for a city election on CodeNEXT. The petition to do that in enclosed. 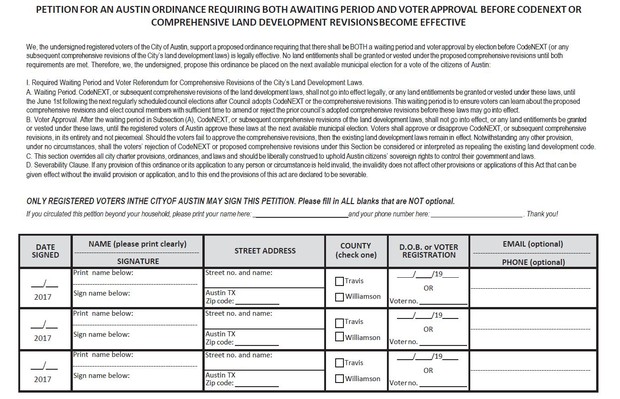 Drop off the Petition at the most convenient location:

or Mail it in to:

Tonight at Frisco's 6801 Burnet Rd, Austin, TX 78757 from 6-8pm there is a mixer with complementary light appetizers for the purpose of turning in CodeNEXT Petitions and/or getting help doing petitions in your neighborhood. A lot of petitions were put out in the Allandale, Crestview & Brentwood area, near there, but anybody who gets this can turn in any filled out petitions at the event
Get Directions

renewal of the lease for Muny — “on terms closer to current market value” (per a statement by UT System Real Estate in Feb. 2011, UT could make $5.5 million per year by leasing the golf course land for private residential/commercial uses).

February 10— Senator Estes files SB 822 - a bill to transfer Lions Municipal Golf Course to Texas Parks and Wildlife so long as it remains a golf course.

February 28 — Lions Municipal named one of “Most Endangered” historic places by Preservation Texas.

March 21 — Testimony on SB 822 in Senate Natural Resources & Economic Development Committee. Ben Crenshaw and others spoke, including Mayor Adler, in favor of the bill. and Council member Alter and others attended and signed up in favor. UT President Fenves and others testified against - arguing that such a transfer would be a strong deterrent to other prospective donors to UT, as the transfer would be contrary to the wishes of the donor, George W. Brackenridge, who desired the land be used to benefit the University of Texas.

May 17 — SB 822 heard in House Committee on Land & Resource Management - and left pending - thus the bill died at the end of the session.

sponsored by Save Muny.

is to be inducted and listed on their Texas Registry of Historic Golf Courses.

making “an impassioned plea to save the public course that helped him become a two- time Masters champion”, at the Induction Dinner in San Antonio for the Texas Golf

Lions Municipal Golf Course continues to host the largest number of rounds annually among the city golf courses. It is popular among Seniors, Juniors, and school golf teams.

The current lease between the City of Austin and the University of Texas for the golf course could end in May 2019, and the UT Board of Regents could pursue new development on the land by leasing the land for private, retail and commercial development, as proposed by the Cooper-Robertson study back in 2010. Yet, there will be one more session of the Texas Legislature come January 2019.

What is desired is that UT and the City, perhaps with help from legislators, work out a mutually beneficial arrangement to have this historic course remain — as a golf course, and especially as a reminder of our past — and the day in late 1950 or early 1951, during “Jim Crow”, when African Americans were not allowed to use the course, as it was reserved for whites only… Yet two young African Americans sneaked on and started to play… and the Mayor at that time, Taylor Glass, with two other of the five Council members, agreed to “just let them play” - and don’t call the newspaper.

The word got around the state to other African American golfers who soon came to play Muny - a municipal course from which they were NOT barred.

This is a story that needs to be told, heard, and appreciated NOW. 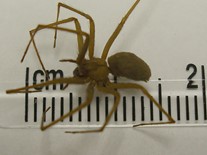 Recluse spiders are shy and, as their name suggests, do not like being out in the open. They are about the size of a quarter, with a body that is 1/2 inch long. They can be light brown, dark brown or greyish in color. They have no spines on their legs and usually have a uniform body color. Recluse spiders are known for their characteristic violin or fiddle-shaped marking on the “back” (a.k.a. cephalothorax...the front part of the spider). The real distinguishing feature is an eye pattern of three pairs of eyes arranged in a semicircle on the front of the cephalothorax.

Outside homes, recluse spiders can be found in garages or sheds, firewood piles, or piles of stored materials such as lumber, bricks, or rocks. Inside the home, these spiders are found in bedrooms, closets, bathrooms, under furniture, behind baseboards, in attics, or in cracks and crevices. They are most active at night when hunting for food.

People are typically bitten by accidentally rolling over onto a spider while sleeping or trapping a spider next to skin when putting on clothing where the spider is hiding. Recluse spiders have a cytotoxin that breaks down tissue in the bite area. Several hours after being bitten a blister forms at the bite site that may grow in size as tissue breaks down from injected venom. Infected tissue eventually sloughs off, leaving an open wound that takes a while to heal. More serious symptoms may also occur such as chills, fever, fatigue, joint pain, or nausea. If you experience problems after being bitten by a spider, then seek medical attention immediately.

To avoid spider bites, try some (or all) of the following:

· Use sticky taps to capture spiders

· Don’t leave clothes or blankets on the floor; shake out blankets and clothing before using

· When storing items, either use sealed plastic containers/ bags or tape boxes on all seams to keep spiders out

· Wear leather gloves when cleaning in undisturbed closets, attics, garages, or the yard

· Keep stacked, stored items away from the home. Do not store firewood against the house and only bring in firewood to immediately place on a fire.

Extension Service Program Specialist at 512.854.9600. Check out my blog at www.urban-ipm.blogspot.com

The information given herein is for educational purposes only. Reference to commercial products or trade names is made with the understanding that no discrimination is intended and no endorsement by Texas A&M AgriLife Extension Service or the Texas A&M AgriLife Research is implied. 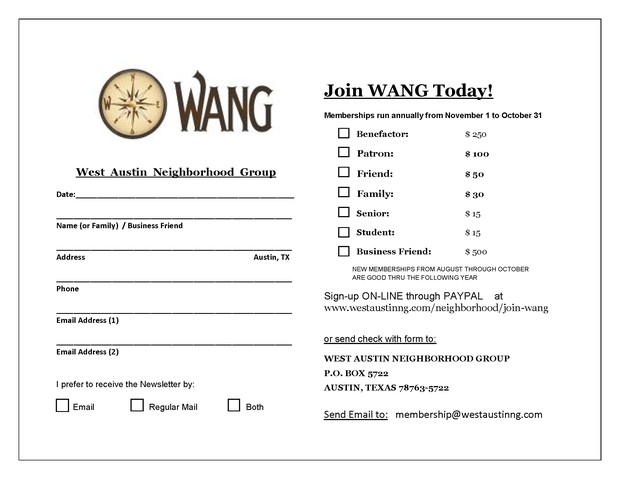