Davi is using Smore newsletters to spread the word online.

Get email updates from Davi: 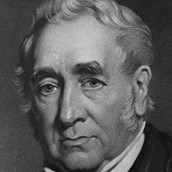 The inventors were George Stephenson and Richard Trevithick!

Colonel John Stevens is considered to be the father of American railroads. In 1826 Stevens demonstrated the feasibility of steam locomotion on a circular experimental track constructed on his estate in Hoboken, New Jersey, three years before George Stephenson perfected a practical steam locomotive in England. The first railroad charter in North America was granted to John Stevens in 1815. Grants to others followed, and work soon began on the first operational railroads.

Designed and built by Peter Cooper in 1830, the Tom Thumb was the first American-built steam locomotive to be operated on a common-carrier railroad.

How does the invention work? 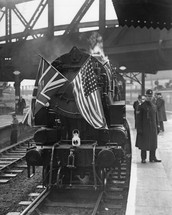 Where and when did the invention occur?

The town of Merthyr Tydfil, Wales.

Why was there a need for this invention and what was the purpose of it?

Same reason it was important in the past, to transport goods from one place to another quickly and mostly in bulk.

Why is the invention important in history?

the locomotive hauled a load of 10 tons of iron, 70 men and five extra wagons the 9 miles between the ironworks at Pen-y-Darron in the town of Merthyr Tydfil, Wales to the bottom of the valley called Abercynnon. It took about two hours.

it made transportating people and goods much easier. 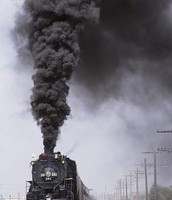 Davi is using Smore newsletters to spread the word online.

Follow Davi Manyen
Contact Davi Manyen
Embed code is for website/blog and not email. To embed your newsletter in a Mass Notification System, click HERE to see how or reach out to support@smore.com