“Hey mom can we go to Rome?” Bob asks “sure, but why Rome” mom asks “it seems fun” Bob says. So they got to Rome and Bob fell asleep. In his dream they went to see a gladiator fight a tiger, but there was no gladiator fight it was a chariot race. They had 12 chariots and in the end number 6 won the race. They went to their apartment and talked about what they saw. Then Bob woke up and asked his mom about the race. She asked “what race there haven’t had chariot races for years.” 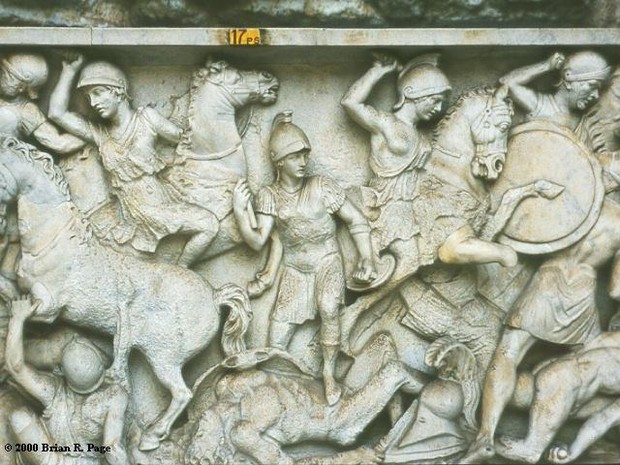 Gladiators had fights in the coliseum to entertain people. Spartacus was a famous gladiator, who was a slave and trained to be a gladiator, one night he ran away. Later he trained more slaves and went into war with Rome to stop gladiator fights in that war he died and there were still gladiator fights for some more years. Spicucus was another famous gladiator that won many fights eventually the king gave him land for his victories. In the fights if the king gave a thumb up the person lived. Gladiators were most of the time slaves or robbers but, sometimes they were people who volunteered Gladiators never started a fight 1 on 1 unless they fought an animal. Usually they fought at least 1 on 1 on 1. Gladiators never had teams. Usually they would fight with clubs, spears, nets, and sometimes swords. They had little clothing but, had shields and helmets.

Gladiator helmets were some of the few thing gladiators wear. All gladiators had little clothing.

There was a king named Julius Ceaser his friends stabbed him to death because he was a bad king. Then his adopted son Augustus Ceaser became king at the beginning of the Roman Empire in 27 B.C. “Roman legend says that Mars had two twin sons named Romulus and Remus. The boys were left to die in the wilderness. A wolf found them and raised them as her own,” wrote Tea Benduhn in the book LONG AGO ANCIENT ROME. When the Romans took over Greece they changed many of the Greek gods to their own gods. Poseidon got turned into Neptune god of the seas and all water.

The traders got ambushed by pirates and sometimes got shipwrecked. “WHETHER THEY traveled over land or sea, our merchants are always away from their families for months, even years at a time. And whenever they set out on expedition, they risk their lives for us. Pirates, ambush, and shipwreck are just some of the possible dangers these brave men have to face on our behalf,” wrote Scholastic in the book The Roman News. Poseidon was just one of a couple gods the Romans changed they also changed Hades. Hades became Pluto the gods of the underworld. Spartacus, pirates, the gods so much to learn.

The Roman god Neptune is the god of all water all the Roman gods were just based off of Greek mythology.

Poseidon is the Greek god of Neptune.

Neptune and Poseidon are the gods of all water.