Get email updates from Ketina:

MVR-III BOARD OF EDUCATION NEWS & MORE

MVR-III BOARD OF EDUCATION NEWS & MORE

The Board of Education meets on the third Wednesday of each month at the Administrative Office. To view the November 2019 board agenda and all supporting documents use the attached link. https://simbli.eboardsolutions.com/SB_Meetings/ViewMeeting.aspx?S=157&MID=7033

Ashley Ogle and Jim Nantz, Eagles' Members, organized a Charity Gala to raise funds to support the MVR-III Lunch Program. Ashley, along with member Dan McClain presented a $2,457 check for the Lunch Program.

Annie Mueller and Genna Nickelson, both seniors at PHS, broke Missouri State High School Activities Association (MSHSAA) records. Annie Mueller, PHS softball player, ended with 41 career home runs which placed her 2nd in the MSHSAA record books. She set new Pacific records for single season hits with 42 and runs scored with 40. Annie also set new career records for runs batted in at 141, runs scored at 117, and home runs at 41. Genna, PHS volleyball player, placed 2nd in the MSHSAA record books for digs in a career. She now holds the school record for digs in a career with over 1,800 and most digs in a game with 39. Both Annie and Genna are scholar athletes and have accepted scholarships to play at the collegiate level. Annie will be playing softball next year at Missouri State University and Genna will continue her volleyball career at Central Methodist University.

Three former Coleman Elementary students, Maygen Adair, Jenna Adair, and Mardi Fievet, designed and constructed a Blessing Box for the Coleman community. A Blessing Box is a small, homemade structure where people leave donated goods for others to pick up anonymously. The box is filled with items that will help those in need—everything from non-perishable food to toiletries. 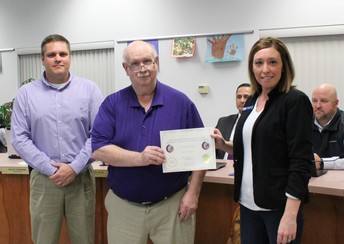 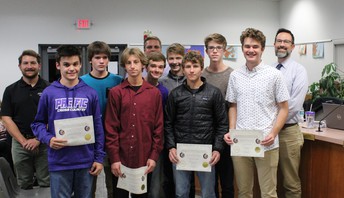 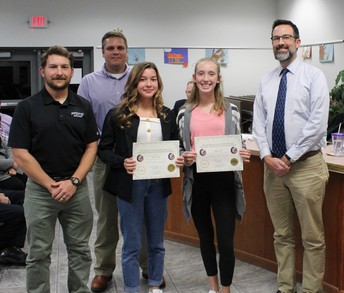 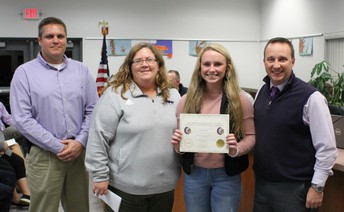 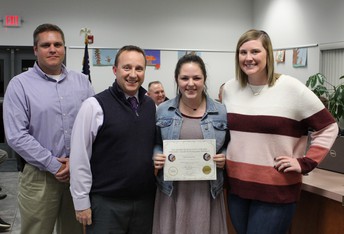 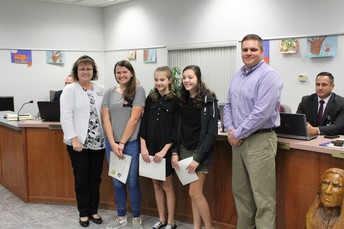 MVR-III School District teamed up with New Beginnings Lutheran Church, First State Community Bank, and students to create 150 Thanksgiving meal baskets for families throughout the district. Coleman staff prepared and delivered their Thanksgiving baskets prior to leaving for Fall break. 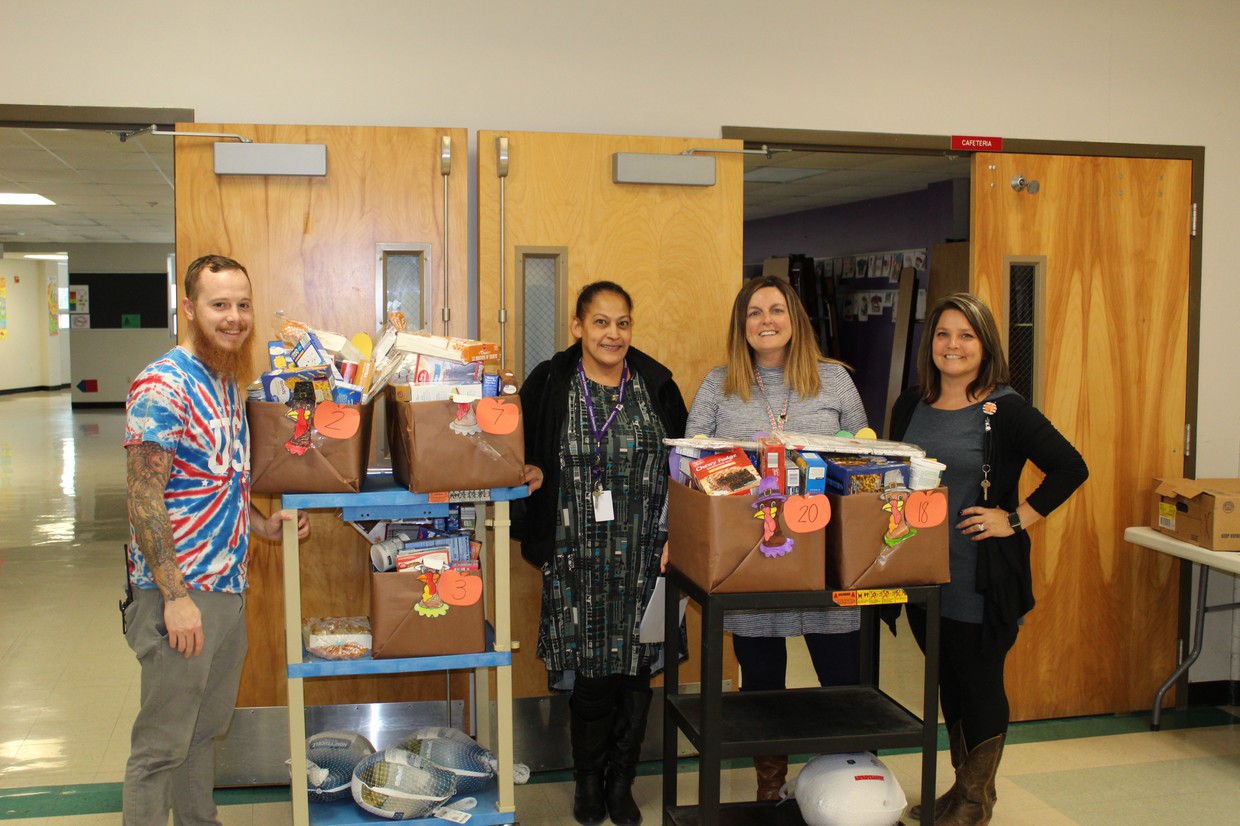 Collaboration and respectfulness are two of Meramec Valley School District's eight pillars of success. Nike Elementary first graders in Ms. Suchland's classroom earned a class picnic for demonstrating those pillars in their school. 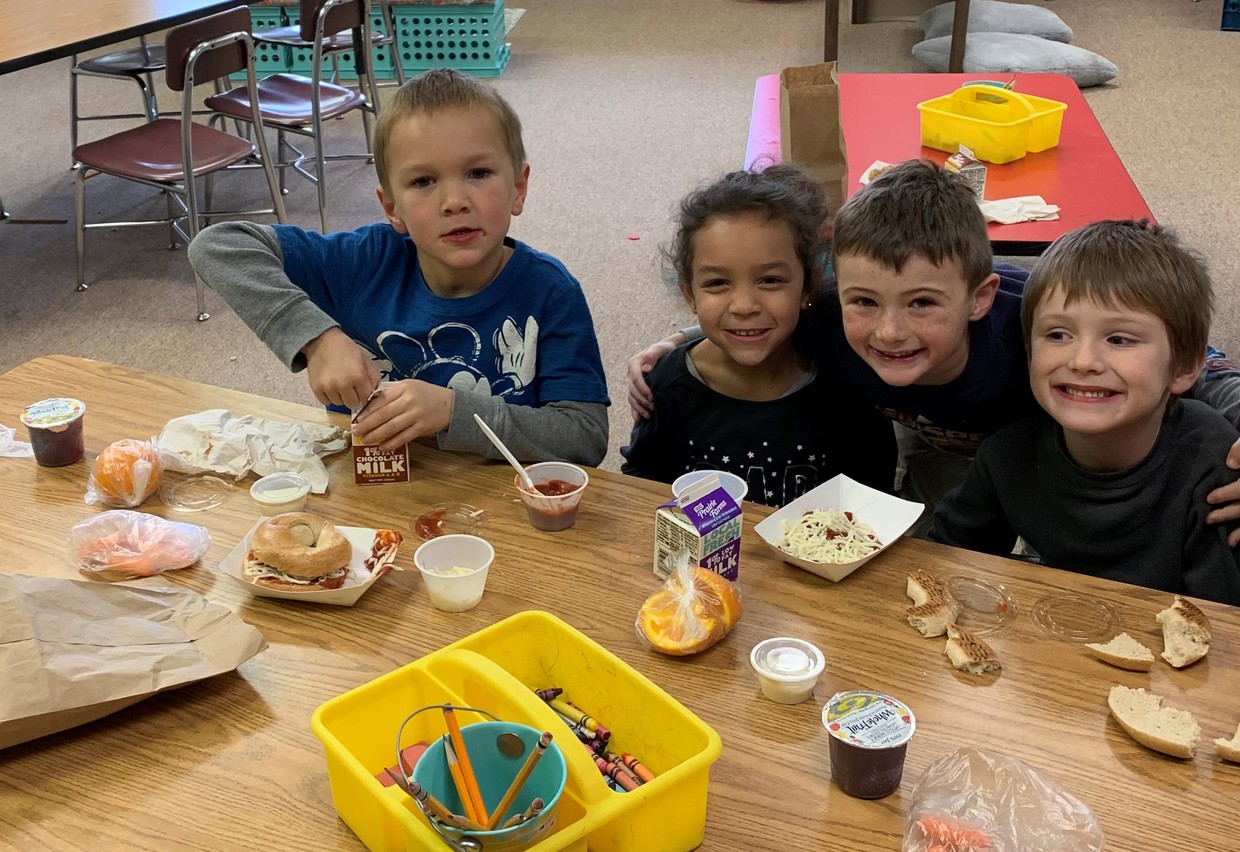 Digging in with Dads is a fall favorite at Robertsville Elementary. Students and their guests enjoy a delicious breakfast, then students shop with their guest at the annual Book Fair. This event helps promote reading and it gives parents the opportunity to purchase books in their own community. Book Fairs also generate funds for the school to purchase resources for the school library. An added bonus was every child that attended the event left with a free book or notebook. The event was sponsored by the Title-1 Program. 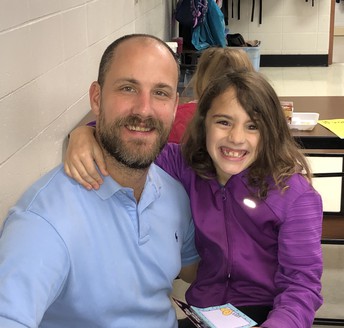 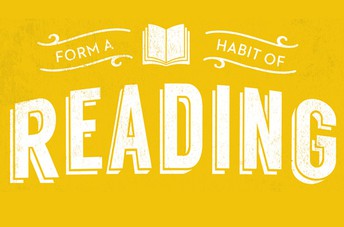 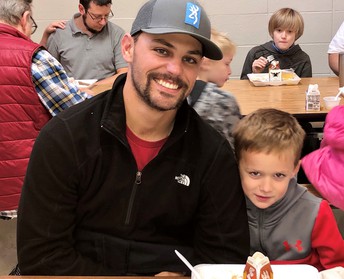 Truman Elementary 4th Grade students, under the guidance of their school counselor, started a PenPal partnership with a 4th grade class from Germany. They have exchanged multiple letters already this school year and will continue to send letters throughout the remainder of the year. This type of communication promotes leadership, letter writing skills, and exploration of other countries. 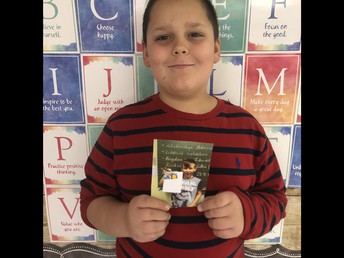 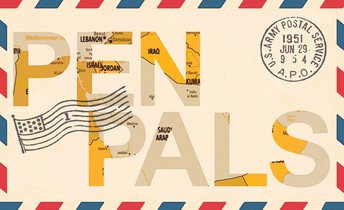 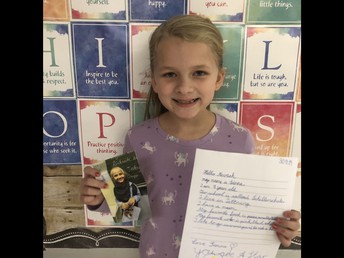 Families enjoyed another fun night at Zitzman's annual STEM Night. Students made bouncy balls, ventured into unknown territories with the use of Virtual Reality Goggles, and used tape to stick Mr. Orris, principal, to the wall. STEM Night gives families an opportunity to participate in hands on activities while learning about science, technology, engineering, and math. 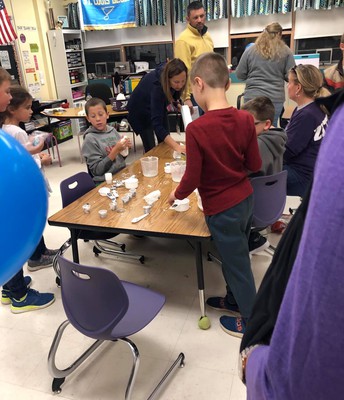 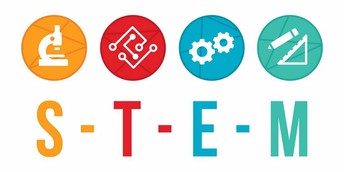 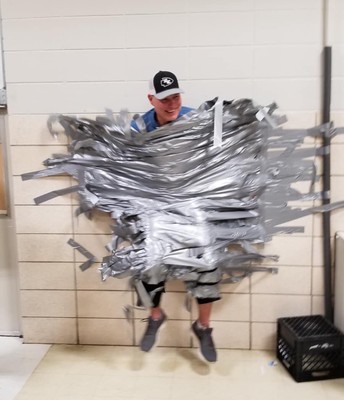 The most common places where cyberbullying occurs are:

Prevention programs like this one, help shine a spotlight on bullying and encourage all students, teachers, and parents to work together to take action against bullying throughout the year. 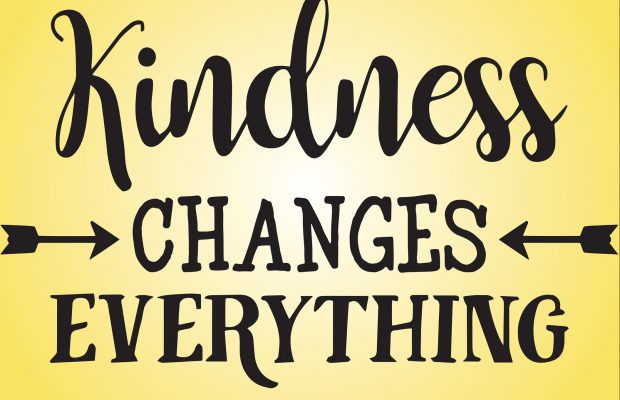 People can visit the Christmas Tree forest across from Pacific Intermediate to see the tree display and vote on their favorite tree. Groups, teams, or organizations can put up a decorated tree to raise funds for their charity. The event starts December 2nd and will go through December 20th, 4 pm-9 pm Monday through Saturday. To vote, place $1 in a provided envelope, mark the tree number on the envelope, and put the donation envelope in the lockbox. Organizations will keep all funds donated for their tree. For more information or to put a tree in Christmas Tree Forest, e-mail Genetta Tomnitz at gtomnitz@mvr3.k12.mo.us or call 636-271-1481. 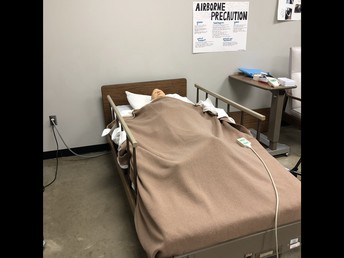 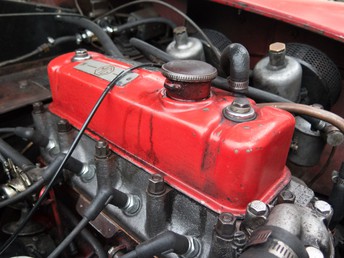 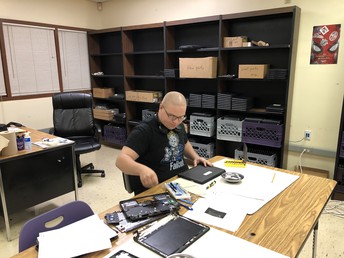 MVR-III recognizes the importance of a planned safety program to create a safe environment for the students and staff. The district holds regular safety meetings which include the School Resource Officer, Franklin County Deputy of School Safety, Fire Chief, principals, maintenance staff, teachers, and parents. Safety practices are reviewed along with the planning of cooperative safety trainings with all agencies. Schools also conduct regular fire, earthquake, tornado, and intruder drills. The MVR-III School District has two School Resource Officers from the Pacific Police Department and partners with the Franklin County Sheriff's Department to support schools in the county. 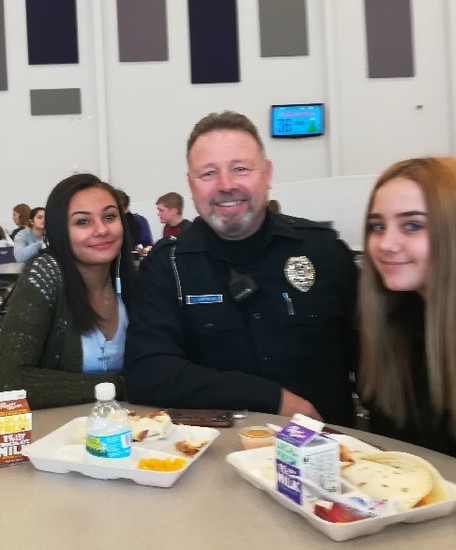 The Department of Elementary and Secondary Education have released preliminary Annual Progress Reports to districts. There is still one subset of data, Science achievement, that will not be released until November 23, 2019. All data is being compiled from MVR-III and from neighboring conference districts in order to create reports and comparisons for the 2019 District Report Card which will be presented at the December board of education meeting.

Annual financial audit will be complete in December. District revenue and expenditures are on track with projections for the year. For full access to all financial documents, please access the board packet through the link at the top of the page.

Public gifts donated for the month of November include: 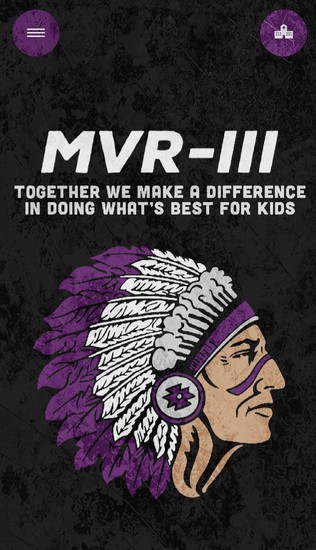 14th- Breakfast with Santa at Robertsville Elementary from 8-12 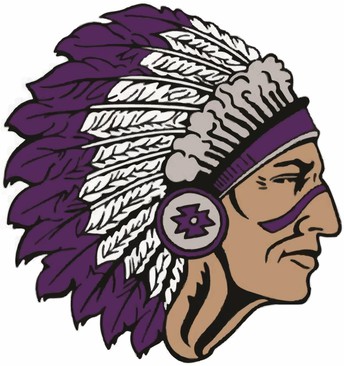