To celebrate Ascension Day this year, St Paul's Cathedral has created a special Ascension Day Evensong to listen to at home. It's available now on https://www.stpauls.co.uk/worship-music/worship/ascension-day-2020

Today is Ascension Day. We celebrate the ascension of Jesus – his return to sit at the right hand of God.

Today’s passage has a clear instruction from Jesus to the disciples. They are to be witnesses. You might think that his next instruction would be “go”, but it’s actually “stay”. Stay and wait. Jesus knows that they need the gift of the Holy Spirit – divine empowerment – before they are to set out on the task of being a witness.

Even today it can be our temptation to work purely out of our own strength and our own reserves, rather than draw upon the gift of the Holy Spirit in us. We can easily become tired and exhausted if we do this. Find some time today, if you’re able, to stay and wait upon the presence of the Holy Spirit, and ask him to equip you for the days, weeks and months ahead.

Father God, help me to stay and wait upon your presence. Equip me, refresh me, renew me, and empower me today with the living presence of your Holy Spirit working in me. Amen. 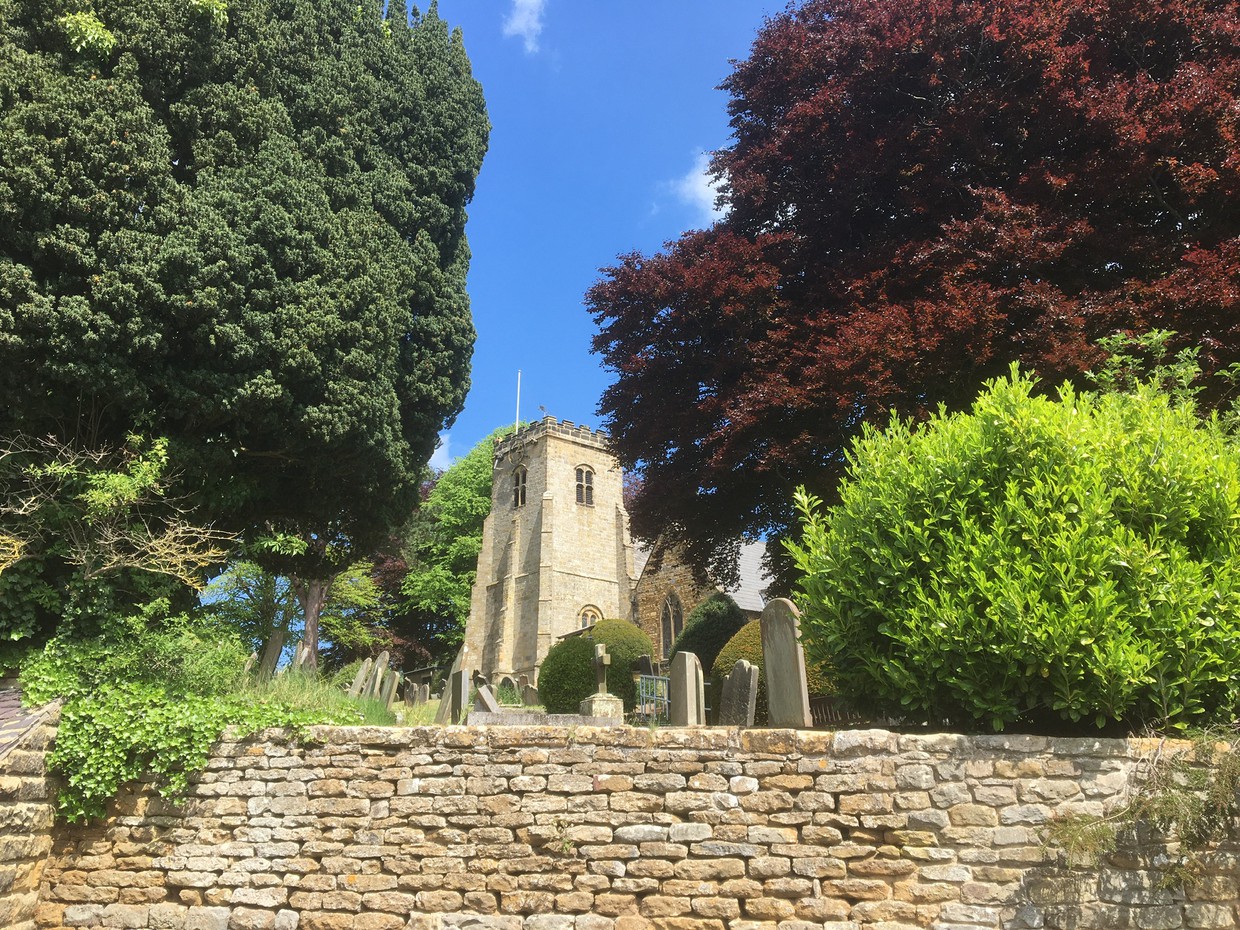 All was peaceful in the sunshine yesterday at St Laurence's where Colin and John are working hard to keep the churchyard looking lovely.

And Now For Something Completely Different -

Straight down the doctors’ steps.

She broke her femur.

Soon she was in hospital

Lying in a special bed

But at least through the morphine

She used it to fly again.

I flew a bed once.

It only took a few drinks.

All Good Things Come to an End

MEMOIRS OF A DOCTOR

Although in a practical sense I fully retired in 2019, in a philosophical sense I never retired and likely never will. The medical ethos of lifelong learning continues, coupled with an ongoing membership of the General Medical Council and lifelong good Samaritan cover from my defence organisation. I’ve relinquished my licence to practice medicine – except I haven’t, because in early April 2020 it was temporarily reinstated and I currently remain on the volunteer retired doctor reserve list should my services again be required during the coronavirus crisis.

We can debate the rights, wrongs and shortcomings of the coronavirus lockdown and testing policies for a long time, and I’m sure we will. But the single issue for me which was not open for debate was the paucity of PPE supplied to NHS and social care workers. Despite multiple warnings, a viable timescale, and feedback from thousands of medical staff, the government was prepared to continue sending staff to the frontline with inadequate protective equipment. Just how many staff gave their lives as a result we will never know. But it pains me to see politicians trying to defend the morally indefensible. What happened to a culture of transparency and accountability?

The coronavirus crisis has highlighted several features regarding the perception of the NHS. It’s amazing just how much politicians care for the health service and cherish its hardworking staff when the political situation suits them to do so. It’s a shame they don’t translate their superficial platitudes into meaningful actions, particularly in less politically charged times. At every general election, the NHS is wheeled out by all sides as vote-catching ammunition, and in between times packaged away out of the public gaze to be battered and bruised by political short termism. I’ve had the opportunity to work under many different ‘here today gone tomorrow’ (to paraphrase Sir Robin Day) Secretaries of State for Health. It’s amazing how a cabinet reshuffle can make a minister an expert in the delivery of health care overnight. Across the political divide, some have been good, some have been bad. Some I have agreed with, others I have not. Some knew their facts, many did not. But little compares in my opinion to the ineptitude, mismanagement and inappropriate dismantling of the NHS demonstrated by politicians overseeing the health service over the past ten years. Even when I attended the local hustings at the last general election, the same tired old half-truths and misleading statements were being rolled out and sold to the public as ‘facts’. Shameful behaviour.

And herein, I believe, lies the heart of the problem regarding the political management of the NHS. There is no long term vision, no significant forward planning and resourcing, and no development of political knowledge and expertise. The NHS football is simply kicked around by all sides for short lived game playing. Few people in this country, or indeed overseas, can deny the NHS at its best is a marvellous and efficient healthcare system. But it’s far too important to be entrusted to individual politicians and political parties. How about removing it from the political playing field and having it managed, funded and resourced on a long term strategy basis through a cross-party dedicated group of people who care about it rather than themselves?

Another revelation from the coronavirus crisis has been the overwhelming display of public support for the NHS. I know from experience that the majority of the public hold the NHS very dear. But sadly, most of the time many remain worryingly quiet about this, only raising their voices when something goes wrong or a local healthcare service is threatened. I’ve yet to meet an NHS worker who doesn’t try their hardest – but from the voices and actions of some members of the public (and indeed the press) you’d think there was a deliberate vendetta by staff to actively create carnage, injury, illness, inefficiency, and unnecessary deaths. When junior doctors and nursing staff stood up to the government in recent times, public support was somewhat limited. Now they’re treated as ‘heroes’ – whatever that means. If the NHS really is as cherished as we’re led to believe, then we need the public to stand up, clap, bang their pots and pans, and shout it out more often and more loudly. Don’t wait until a crisis occurs before you fly the flag – do it now, do it tomorrow and do it the day after. Be informed, write to your MP, attend meetings, challenge political decision making if it appears misguided. But more than this, don’t just complain and become abusive when we occasionally get it wrong, but tell us when (hopefully most of the time) we’re getting it right. We both want and need the support of the public. A thank-you card goes a long way. I’ve kept all of mine. Every single one.

Multiple factors led me to take early retirement from the NHS, many driven by my dislike of the direction healthcare provision was travelling. But I never stopped liking the job or the profession. Although I don’t miss unnecessary bureaucracy, misguided political management and the resultant enforced trends away from what I perceive to be personalised healthcare, I do miss consulting with patients and I do miss trying to provide a good healthcare service. The medical students I taught were an uplifting encouragement and beacons for the future. I’m hopeful that with the right political mindset and with public support they, and the NHS, can continue to provide one of the best health care services ever devised. We’re very lucky to have it.