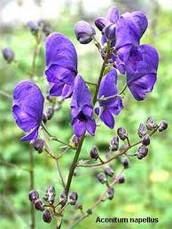 What is a poison?

a substance that is capable of causing the illness or death of a living organism when introduced or absorbed. For example: Aconite is a plant indigenous to many parts of the world. All parts of this plant are poisonous, but the root is the most highly toxic. A half tablespoon of a tincture of aconite root placed in a bottle of whisky is enough to kill a very large man. A tincture is an alcohol extract of the material. Placed in a drink, the alcohol goes unnoticed. Aconite has been called "the perfect poison to mask a murder."

"All substances are poisons; there is none which is not a poison. The right dose differentiates a poison and a remedy." --Paracelsus

The quote by Paracelsus is stating that any type of medication can be turned into a harmful substance depending on the dosage. Take Tylenol for example, the recommended dosage helps with pains in the body, but if taken in large quantities over a period of time poisons the body causing problems in the stomach.

Why are poisons difficult to detect?

If this substance is taken in large quantities is gives the symptoms of Hypoglycemia. The over use is hard to detect for a person without diabetes until it comes to a serious level leading to seizures and eventually death. 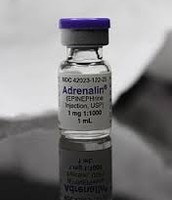 If large quantities of adrenaline are injected the recipient goes into cardiac arrest leading to a heart attack. The heart attack is misleading and is often disclosed as the man cause of death due to heart problems.

Nitrogen at the partial pressure in the atmosphere has no effect on humans because it can't get into our lungs at that pressure. If you remove the oxygen and put more nitrogen eventually you will reach a point where you will be dead. It is not easily detectable since it gives the affect of being drunk, up until the heart fails. 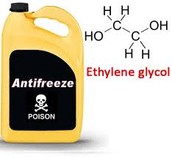 Maryann Neabor of Shamog, NJ, says "she just wanted to make her brother-in-law sick" when she fed him pineapple smoothies laced with antifreeze back in 2004. The jury saw it as aggravated manslaughter. Antifreeze is primarily ethylene glycol, a chemical with a resemblance to sugar which is why it is sweet to the taste. This sweetness allows it to be put into fruit drinks and other foods and go undetected by the person consuming them.

Following ingestion the symptoms of poisoning progress from signs similar to intoxication and vomiting; to hyperventilation, metabolic acidosis, and cardiovascular dysfunction; and finally acute kidney failure. The major cause of toxicity is not the ethylene glycol itself but its metabolites, mainly glycolic acid and oxalic acid.

The murder of Nevada Sate Controller Kathy Augustine by her third husband, Chaz Higgs. Police believed that Higgs gave her a lethal dose of the muscle relaxant succinylcholine. Higgs was the nurse who had cared for Charles Augustine, her second husband, after his stroke. Shortly after Charles's death, Higgs married Kathy Augustine. At the time she died, she was running for State Treasurer. However, Augustine had been impeached by the Nevada Assembly for misuse of state funds. Higgs, who apparently married her because he thought she would have money and power, decided to murder her. Being a nurse, Higgs had access to a wide array of drugs. The choice of succinylcholine was a good one because it is not normally tested for in toxicology screens. Succinylcholine is a strong muscle relaxant that paralyzes the respiratory muscles. It is normally used in a hospital to allow the insertion of a breathing tube into the throat of a patient who is still conscious. In higher doses it can paralyze the entire breathing apparatus, and the victim slowly suffocates to death. The autopsy showed that Augustine had died of a heart attack. A small needle mark on her buttocks was overlooked in the initial autopsy. However, investigators were not so sure, and when police searched Higgs' house they found succinylcholine and other drugs in his possession. Higgs was arrested and eventually convicted of her murder. 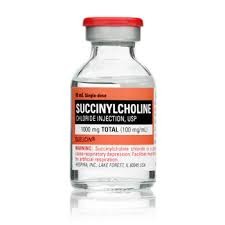 Follow Julio Sanchez
Contact Julio Sanchez
Embed code is for website/blog and not email. To embed your newsletter in a Mass Notification System, click HERE to see how or reach out to support@smore.com
close