Adler is using Smore newsletters to spread the word online.

Get email updates from Adler:

He is married to his wife Candida and has two kids, Kali and Kire.

Trent has taught all over the world. The countries include Germany, Switzerland, Argentina, and the Dominican Republic. While in Switzerland his student asked him a lot of questions about the Iditarod. Then he moved to Wisconsin and Minnesota for a few years and began training for the Iditarod. Soon he moved to Ketchum, Idaho and began teaching 4th grade. In 2006 he ran his first Iditarod. He has won three awards, completed the Yukon Quest and Iditarod in the same year, and has finished in 25th place.

Some of the Team 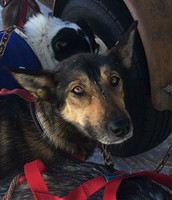 The leader of the team. 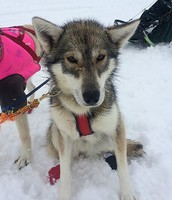 Cutest dog on the team and is one of the very few boys on this year's team. 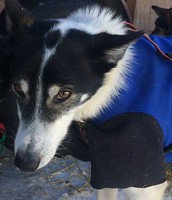 These are some of the dogs that pull the sled.

To get to 1st he races when the other mushers are resting, which is mainly during the night.

Here is a link that can show a video of Trent finishing.

The video is Trent Herbst Reaches The Burled Arch Again

Note: Blast is leading because 4 dogs including Ayn got sore shoulders so they stopped along the way.

Adler is using Smore newsletters to spread the word online.