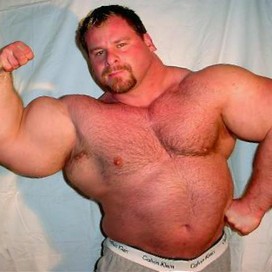 The history of touch screen technology

The first ever touch screen was invented by Hugh Le Caine in 1948.Not only did Le Caine invent the first touch screen he also invented the first ever musical synthisiser. In 1965 inventer E.A Johnson created the first touchscreen used for comercial products however it could only opeerate one finger touch at a time. Despite being invented over 50 years ago, Johnson's technology is still used in ATM's and Ticket machine's around it was also used in British airtraffic control up until 1995. The first multi touch screen was invented in 1982 by Nimish Mehta of The Univerity Of Toronto. It worked thanks to a video camera the comunicated witha computer.By 2007 Apple had created the iphone, the first touchscreen smart phone.It was the first device to inclued the "Pinching" function designed and developed Krueger. today we have tablet and the is now a race to see whou can create bigger and better touch screen tables, who nknows what's coming next in touch screen history?

How do touch screens work?

Touch-screen monitors have become more and more commonplace as their price has steadily dropped over the past decade. There are three basic systems that are used to recognize a person's touch:

Resistive technology is a normal glass panel coated in conductive metals held apart by spacer. The gap between them is so smal that you don't have to press hard for the glass to come incontact with a layer below. Once the screen is pressed it changes the magnetic field on the screen and the exact co-ordinates of the change.The data is then calculated by the computer and a special driver translates the touch into something the operating system can understand.

The capactive system also uses glass but there is an electrical charge underneath the galass. When the glassed is pressed down there is a weakness in that area and the co-ordinated are again, changed and sent to the operating system.

Finnally, the surface acoustic wave method is were, two transducers (one receiving and one sending) are placed along the x and y axes of the monitor's glass plate. Also placed on the glass are reflectors -- they reflect an electrical signal sent from one transducer to the other. The receiving transducer is able to tell if the wave has been disturbed by a touch event at any instant, and can locate it accordingly. The wave setup has no metallic layers on the screen, allowing for 100-percent light throughput and perfect image clarity. This makes the surface acoustic wave system best for displaying detailed graphics. this is the most used method today and is the leading technology used by companies such as Apple and samsung in mobile and tablet devices.

Connect with will foster

Follow will foster
Contact will foster
Embed code is for website/blog and not email. To embed your newsletter in a Mass Notification System, click HERE to see how or reach out to support@smore.com
close