ashton is using Smore newsletters to spread the word online.

Get email updates from ashton:

I chose this topic because I feel like it effects so many people. I've heard stories of some living with this disease and i've known others who have also dealt with it. I think this research will help me understand more about what is going on in the brain rather than what I physically see. 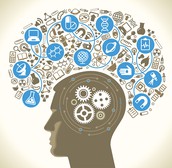 Alzheimers is a form of dementia that slowly deteriorates memory and other mental functions such as thinking and behavior. This disease usually occurs in older people and there is currently no cure.

Scientist have found that years before this disease is evident, damage is occurring in the brain before memory loss and cognitive issues are shown. People seem to be symptom free but really in their brain there are toxic changes such as unusual deposits of proteins that form plagues and tangles. These plagues and tangles keep neurons from functioning and they soon loose connection with each other. This starts out in the hippocampus where memories are stored but it spreads out to other parts of the brain eventually. 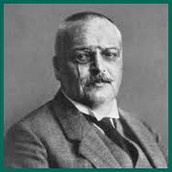 In March of 1901, Auguste D. began showing unusual symptoms of what is now known as Alzheimers disease. After she died in 1906, Alois Alzheimer studied her brain. This is when he discovered the plagues and tangles in the alzheimer brain. This was a huge discovery in the medical field and no one had ever studied this disease therefor it was named after the psychologist who studied it.

www.about-axona.com
Discover thought-provoking facts about Alzheimer’s that will help you look at the disease from a whole new perspective.

ashton is using Smore newsletters to spread the word online.