Literary Elements in "The Necklace"

Literary Elements in "The Necklace"

*Irony is a contradictory statement or situation.

*For some examples of irony, watch Alanis Morissette's music video below. While I might argue that some of these situations aren't necessarily ironic, there are some that are. What things does she sing about that ARE ironic?

There are four different types of conflict found in literature:

Look at each storyboard below to get a better understanding of the different types of conflict in literature.

Direct Characterization tells the audience what the personality of the character is.

Example: “The patient boy and quiet girl were both well mannered and did not disobey their mother.”

Explanation: The author is directly telling the audience the personality of these two children. The boy is “patient” and the girl is “quiet.”

Thoughts: What is revealed through the character’s private thoughts and feelings? 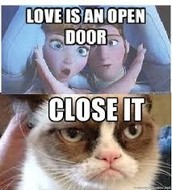 Your Assignment over "The Necklace" and Random Grumpy Cat Memes

2. Analyze your text for the above terms: Make sure that this involves you "reading with a pen in your hand."

Tip: It would be helpful to read/analyze in different colors.

**What else can you think of that would be cool??** 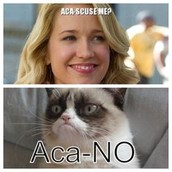 Don't be a Grumpy Cat today... 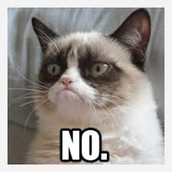 You can do this!