what do you know about cocaine?

what do you know about cocaine? 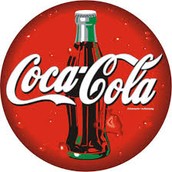 Cocaine - a scary substance all year round.

2. Mixture of cocaine with heroin creates one of the deadliest forms of cocaine, a speedball.

3. Prolonged cocaine can cause damage to the nose, to the point where abusers get plastic surgery to fix damage.

4. Cocaine, especially crack cocaine, often contains adulterants, some of which can be highly toxic.

5. In the first hour after cocaine use, the user’s heart attack risk is almost 24 times greater.

6. Cocaine can be extremely addictive, and very hard to quit, so much so that they are developing a vaccine so that people cannot feel its effects.

7. According to a “rational scale to assess the harm of drugs potential misuse,” cocaine is second only to heroin (and not by much) in its possible danger in terms of dependence and physical harm.

9. Extended cocaine use can reduce one’s sense of smell. This is called anosmia.

10. Cocaine was made illegal by President Taft in 1910

What Happens When You Snort Crack