the impact on the water source

the impact on the water source

the Chattahoochee river provides clean and safe drinking water for about 750,000 Gwinett county residents. The Georgia Environmental Protection Division estimates that water usage across the state will increase about 8 percent for the period from 2010-2020. Total water withdrawals in Georgia were about 5.5 billion gallons per day in 2005. Metro Atlanta has one of the most aggressive water conservation programs in the country. per capita water consumption in the 15-county metro area dropped some 20 percent between 2000 and 2010.
the Chattahoochee river originates in the southeast corner of union country. The river flows southwesterly through the Atlanta metropolitan area before terminating in lake Seminole at the Georgia-Florida border. this river flows a distance of 434 miles. the Chattahoochee river drains about 8,770 square miles and is one of the most used surface water resources for Georgia
Atlanta began as a transportation hub. it has the highest elevation of all major city east of the Mississippi river. located at the headwaters of six major river basins and three river systems. reservoirs provide the principal way to ensure that the region has water year round, even during times of drought. no major reservoir has been built since the 2007-2008 drought to insulate metro Atlanta from future water shortages.
Georgia has compiled a report every five years since 1975, in a bid to provide information about the precious resource in a state without a single natural lake. The 1980 report shows that year, Georgia sucked 6.7 billion gallons of water from Georgia rivers and aquifers every day. Census figures show the number of people living in Georgia over that period exploded, from 5.46 million in 1980 to 9.69 million in 2010. That’s a 77 percent increase. Several of the facilities were decommissioned between 2000 and 2010 – during the worst of the drought years and the decade that saw usage plunge nearly 28 percent, said Steve Lawrence, a hydrologist with the USGS in Atlanta. 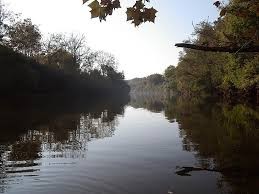 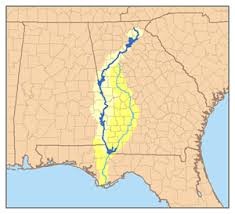