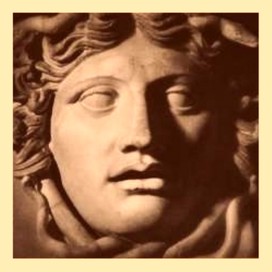 I HAVE BEEN TOLD that we have been building this tower for thousands of years.

I have no direct experience; no reason to believe this—nor to doubt it—but it is what I have heard, and I can see a little way into the waters that keep rising, lapping below our feet as we keep building, board after board, nail after nail.

In the depths, dissolving into the darkness that is the limit of our vision, below which there is only falling, the faint shapes of the bulwarks that my predecessors built in defiance of the water linger—but they failed; I can see also the remnants of the sealed chambers, broken, flooded and empty, the seals torn and perished. Nothing has worked; the waters still rise, taking everything out of reach; it all becomes illusion and memory.

The Enemy who lives in the water comes without warning; I think he never really departs, he just lurks out of sight, waiting. The Enemy is clever, I think; he changes his shape from one minute to the other, but his shadow is always the same.

We build upwards—spar by spar, a piece of wall here, so that we know where one room stops and the next begins, a piece of ceiling there, which will become tomorrow’s floor; ever upwards.

Sometimes it is tiring, but sometimes, too, it is exhilarating; on those days we have so much hope, and it is good to build, and we are sure then that when everything is said and done, as one day it surely must be, the Tower, somehow, will love us for our work, or at least will approve of it, and our hope will be vindicated—and what is hope for, if not for vindication?

I hear them being taken, sometimes, the others, while they are working, in the next room, or a few rooms down a hallway, or across a square, or off a thoroughfare (for the Tower is very, very large…).

Sometimes, when the Enemy takes one of us, he is quiet about it; they do not struggle or shout; I suppose he must come looming up out of the Darkness before they can do anything—or perhaps before they even know he is there, or upon them; he must lay his grasp around their hearts, and flood through them, and there is no mercy; and they are gone without a sound, as if they were never awake.

But I do not really know; I have never seen it. I have only heard about it.

And then there are other times, when the Enemy comes roaring, a great noise like a wind that wants to tear everything apart, and throw us over, our work and all, down into the water together, and to circle above us, whipping waves into knives that rend us into small pieces that no longer know each other; at those times, there can be a great panic that spreads, and everything is so huge, and those who the Enemy has taken into his cold embrace; they cry, and I have heard them begging, but the Enemy is implacable, if he understands us at all.

Sometimes he throws them around like dolls, breaking them, sending them down to their destruction, where we cannot see.

But I do not really know; I have never seen it.

Sometimes, the Tower shakes, the Enemy is so strong.

But we keep building, although we never draw away from the water; it keeps rising with us, always just below our feet, rising as we build, but just beyond our reach; so that even if we lie down, in a place where we might be yet to place a floorboard, or where we might even have lifted one up; pulled the nails, and prised it away (although this is frowned upon, and is not regarded as contributing to the building of the Tower; so it is not often done, or at least admitted to)—though we might lie flat and extend our arms, straining as hard as we can, or relax them, until they are like the water itself, we cannot, ever, reach the water. No-one, to tell you the truth, even knows what it feels like; there are all sorts of stories about it.

Some days, it seems as though the water is calm, and that the Enemy is far away, and has even forgotten us, and then it is easy to forget what he can do, and our hope rises and rises, and the sky seems bright and clear, and we imagine our Tower reaching into the sky forever, full of hope and made of wonder and strength and caught breath, and on those days we are sure, and we forget the Enemy, and we pour ourselves into our work, and we build as though we have an endless stream of tomorrows before us…

Sometimes, there are those who just sit, staring down into the water, watching it rise, waiting for it to reach them, or for the Enemy to rise up and take them. (The water never reaches them; it is always the Enemy; he comes for everyone in the end, as far as I can see.)

But I keep building. I think: if I can get this ceiling finished, and those windows into the wall so I have a good view out over the water, and finish the stairs, it will be very comfortable, and I will be able to start building the next level up, and I might even gain on the water, and put some distance between myself and it… I have heard of it being done, but I have never seen it. I do not really know.

The Tower reaches far down into the darkness, but we feel that we know so much about it because of the stories that we tell each other—about its great victories and heartbreaking defeats, its trials and torments, its secret places and great halls, its passages and doorways through which beauty has paraded, and horror stalked, through which song and blood have flowed. So have I heard…

I have also heard it said, by a man named Aeschylus, that long ages ago, we knew, each one of us, when the Enemy would come for us. But we all stood waist deep in the water then, and we built nothing, and knew nothing of a life above the water.

But the knowledge of the time when the Enemy would come was taken from us, and in return, we were given hope—hope that the Enemy might forget us; hope that if we work and build hard enough, we might rise above the water, out of the Enemy’s reach, away from the deathly chill of his grasp—and so today, there is always hope.

The Enemy came for a friend yesterday; he was one of the quiet ones, he went beneath the water quickly; it is almost as if the Enemy wants to be merciful about it sometimes.

But I do not really know; I have never seen it.

And now, there is building to do. Because everywhere—everywhere, there is water.

Follow gorgontype #
Contact gorgontype #
Embed code is for website/blog and not email. To embed your newsletter in a Mass Notification System, click HERE to see how or reach out to support@smore.com
close