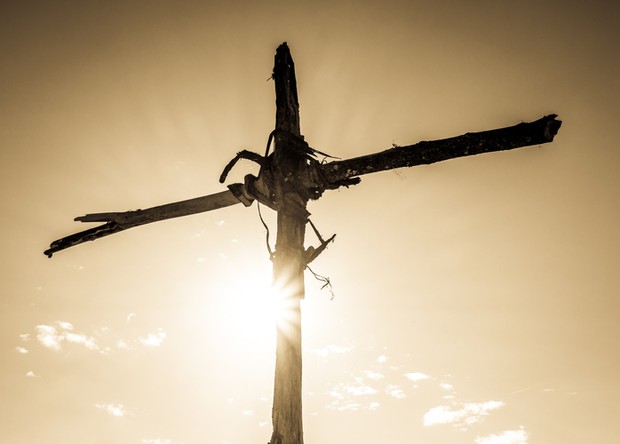 During the season of lent, scholars and lay persons alike wrestle with one of the pivotal questions of history: What motivated God the Father to send Jesus to go to the cross to die for sinful humanity?

Could it be the value of the human form? Not likely! I read years ago that scientists actually calculated the mineral composition of the human body. It was found humans are composed primarily of water, protein, fat, calcium, phosphorus, sulfur, and potassium. When these chemical contents were added together, scientists discovered all would sell for less than $2,000! For those of us in The Salvation Army interested in the value of things, it would not appear that humanity, in mineral form, is worth much in dollars and cents.

If not humanity’s value in composition, could it be his intellect, physical attributes, or creative ability that motivated the suffering of the Lord? No, the evidence of Scripture clearly indicates another reason. God sent Jesus into the world - to live, die, rise again, ascend, and to return again soon - simply because of his amazing love!

John 3:16 declares, “For God so loved the world that he gave his one and only son that whosoever believes in him should not perish, but have eternal life.”

God loves humanity as the pinnacle of his creation. His desire is to adopt each of us as one of his children; to cleanse us from sin; to impart courage in times of trouble; and to give purpose for living, service, and worship.

Perhaps one lesson that we could learn from God’s amazing love - especially in the days leading to Holy Week - is that as we work with people in our respective money-related vocations, we look beyond wealth in evaluating their value to us and The Salvation Army. Instead, let’s see the intrinsic value of all people as creations of God. Our response to such an understanding will be love, grace, compassion, and kindness. Indeed, as we have received these and other blessings from God above, let us freely share them with others.

Although the fiscal strategy focused on the four key issues summarized above, it is important to stress that ten principles, developed and refined over the years, provided the framework for the current budget. Not surprisingly, the first and foremost of these is “All of The Salvation Army’s resources are for mission advancement.”

While there is evidence in the budget submissions for 2019/20 that the four priorities are being addressed by some, there remains concern that other divisions and ministry units are overextended, and not moving towards a stable financial position with sufficient speed.

Six of nine divisions meet the 90-day working capital requirement on a consolidated basis that takes both DHQ and ministry unit balances into consideration. 138 ministry units (of a total of 404) have less than 90 days’ working capital, and many of them fall short of the required funds to a greater degree than they did seven years ago, when the Territory first adopted the 90-day requirement.

There have been 75-80 ministry units budgeting for annual deficits for the last few years. Analysis has shown, however, that deficits have actually been realized in a far greater number of units, around 200 each year in 2016-2018. While we expect that some deficits will occur as a result of unplanned issues, the number of deficits and the size of the deficits (over $14 million per year in the aggregate) suggests that the validity of budgetary estimates is questionable. The simple fact is that about half of all ministry units in the Territory are spending beyond their means on an annual basis.

In addition, there are inadequate savings for capital maintenance and development in most ministry units. Few units are systematically putting funds aside for future capital needs, including replacing roofs, furnaces and other key building components that are expected to wear out and needing replacement. The question has to be asked whether some ministry units can afford their buildings if they are not able to provide adequately for necessary preventative maintenance and capital repairs.

This year’s budget reveals that there is still work to be done to ensure that every part of the Army has a solid financial position and is practicing prudent financial management of its resources to achieve the mission.

Did You Know? Leadership Matters

“The most successful charities are the ones that are well managed. Strong leadership and good governance are the qualities you want to look for when considering donating to a charity. You can explore this information on your own by visiting a charity’s website or reviewing their annual reports and financial information, or you can look for third party accreditation.” (from “Giving Tips” on the website of Imagine Canada)

Verses from The Financial Stewardship Bible