As educators, academic achievement tops our list of priorities. CJUSD teachers strive everyday to meet the individual needs of their students by modeling a love of learning and encouraging the growth and development of each child. Experiences outside of the classroom also play a significant role in the educational, social and emotional growth of a child. Throughout the school year every school in our district offers varied opportunities for students and families to get involved.

Clubs, athletics, activities, assemblies and rallies promote a sense of belonging which leads to increased academic success. Varied activities fill fall calendars at all of our sites including Curriculum Family Nights at Dudley, Family Math Night at Spinelli, Seven Habits Family Nights at North Country, Parent Nights at Oak Hill and celebrations of student achievement at monthly Tiger Days, Otter Days, Timberwolf Days and Dragon Days. Students at Spinelli are giving back through Pennies for Patients and North Country students have launched a Kids Can Food Drive. Student athletes at Riles just completed fall sports seasons, wrapping up flag football, cross country and volleyball. Riles athletes are moving into the basketball season which will carry them through the new year. Student athletes at Center High are in league play for football, volleyball, golf and cross country with the winter sports of basketball and wrestling right around the corner. Center High School's November drama production, Twelve Angry Jurors, is underway with multiple showings for Antelope families to enjoy.

During the week of October 19th-23rd, I was invited to experience the timeless high school Homecoming festivities. Center HS is rich with homecoming traditions. One of the most unique is the area decoration competition where each class takes a section of the school and decorates according to the theme. This year's theme was Board Games. Center High was miraculously transformed into what felt like gigantic versions of timeless board games: Candyland, Life, Clue and Chutes & Ladders, complete with life sized game pieces roaming the campus. The excitement surrounding the area decorations spilled over into the nighttime activities. The Homecoming game was an electric evening of football, royalty, floats, and performances by the band and cheer teams. My wife Jenny and I, along with other district administrators and board members volunteered our time in the CHS snackbar where we could feel the excitement and experience all of the Homecoming festivities. I enjoyed working alongside members of the Antelope community, meeting CHS families, cheering on the football team and experiencing Homecoming traditions unique to Center High.

There are numerous upcoming opportunities throughout our district for your student and your family to get involved. I encourage you visit the district and school websites, follow the site and district Facebook pages and contact your school site’s PTA or Booster Club for a calendar of events. Get involved for a worthwhile and rewarding experience for you and your family.

With the holiday season quickly approaching, please make note of the following dates. Schools will be closed November 23rd through November 27th for Thanksgiving break and December 21st through January 3rd for winter break.

Enjoy the fall season and the opportunities available to make memories with your family.

The sun was shining and the bay sparkled, as our bus load of excited 7th and 8th grade students crossed the Bay Bridge. It was a beautiful day for a field trip to San Francisco.

On October 2, the GATE Academy from Wilson C Riles Middle School attended a field trip at the Exploratorium museum. As an extension of study done in their science class, students were tasked with observing exhibits on color and light as well as force and motion, and collaborating on a project to present their findings.

They were chaperoned by several enthusiastic parents and the members of the academy faculty, including English teachers Sarah Wildman and John Telles, science teachers Kathy Magnani and Tracy Hayes, and social science teacher and GATE coordinator Jennifer Law,

Many students were intrigued by the hands on exhibits at the Exploratorium. A number of our kids crowded around The Turntable display with science teacher Kathy Magnani. The object of this one was to keep assorted rings and disks spinning on their edge while traveling around the turntable. It was quite challenging to keep the rings upright.

Other students, like eighth grader Scott Diamond found the display about seismic motion interesting. He explained, “I had my project based on the Seismic Sand exhibit. Not only did I learn that earthquakes cause some sort of liquidation of sediments (friction between the air and sand in the exhibit was the example), but I saw rings of the trapped air which rippled out due to the shock of hitting the disc filled with sand and air.”

The museum also had exhibits to demonstrate electromagnetic forces, such as Black Sands, a mound of moldable magnetic sand that allows visitors to create strange shapes using magnetism. Eighth grader Matthew Burdick prefered a nearby display for the subject of his work.

“I did a project on the exhibit called the Strange Attractor. I learned how force and motion can be created using well-placed magnets. The pendulum swinging from the top of the exhibit goes in random directions.”

Matthew added, “It helped me understand more about force and motion by showing how magnetic fields are created by the existing magnets and since they are both positive or negative, it swings away. There are other magnets, though, making it attract to some of the magnets, and some push away, causing it to act weirdly.”

Seventh graders investigated the displays about color and light, such as Recollections, a colorful light projection activity that creates vivid time-delayed pictures of visitors in motion. Trinity Howard was delighted by the exhibits. “I liked how interactive they were. They weren't just like pictures and words.”

Describing her exhibit, Trinity explained, “I did my project on The Spring Illusion. It showed a spring in a box, but when you tried to touch it, it wasn't there. I learned that light can change the way you see things.”

Field trips are a regular feature of the GATE academy at Wilson C. Riles. Annually the students go on two to three field trips, ranging from the B Street Theater, the Tech Museum in San Jose, and visits to nearby college campuses. Later this year there are plans to visit Stanford University as well another Bay Area college.

The students really enjoy these adventures out and about and learn so much. Seventh grader Emmalene Erickson agrees, “I think field trips are an important part of the GATE academy experience because it helps us get a better visualization on the things we're learning.”

Overall, it was a memorable day. Seventh grader Aubrey Brown noted, “I really loved spending time with my friends while getting to look at and interact with the exhibits.” Time spent with similarly gifted teens is just one of the ways that our academy strives to build a strong sense of community and self-esteem among these students. 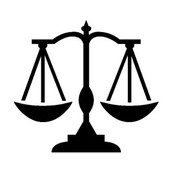 A 19 –year old man has just stood trial for the fatal stabbing of his father. “He doesn’t stand a chance,” mutters the guard as the 12 jurors are taken into the bleak jury room. It looks like an open and shut case – until one of the jurors begins opening the others eyes to the facts. “This is a remarkable thing about democracy,” says the foreign-born juror, “that we are notified by mail to come down to this place- and decide on the guilt or innocence of a person; of a man or woman we have not known before. We have nothing to gain or lose by our verdict. We should not make it a personal thing.” But personal it becomes, with each juror revealing his or her own character as the various testimonies are re-examined, the murder is re-enacted and a new murder threat is born before their eyes! Tempers get short, arguments grow heated, and the jurors become 12 angry jurors. The jurors’ final verdict and how they reach it will electrify the audience and keep them on the edge of their seats.

Shall We Play a Game?

Wilson C. Riles has a game room open on Tuesdays and Thursdays during both lunches. Students can challenge their friends to games like checkers, chess, memory, clue, or bingo. Students find it is a relaxing space to spend time during their quick lunches. We're always taking donations of great games if you have any to give.

WCR Girls Volleyball MAKE IT TO THE PLAYOFFS!

Congratulations to the Wilson C. Riles 7th and 8th Grade Girls Volleyball teams! Under the exceptional guidance of coaches Mrs. Verhagen and Mrs. Cook, both teams had an extremely incredible season earning spots in the FISAL-East Division Playoffs. This is the first time that WC Riles has ever had both 7th and 8th grade teams in the playoffs.

The 7th and 8th grade teams played outstandingly in last month’s FISAL - East Division Playoffs. The 7th grade girls’ first match, against 2nd place seed Cavitt, was intense. Wasting little time the Lady Huskies secured an impressive 3 game win, advancing to the championship match against undefeated Olympus. Once again, the Lady Huskies brought their "A game", demonstrating accurate serving, precise passing and aggressive hard hitting play at the net. Unfortunately, it was not enough to defeat the Spartans. The ladies dropped two hard-fought, intense games to Olympus, ending their extraordinary season with a 2nd place finish in the East Division, with a 4-3 league record.

The 8th grade girls play hard against the 1st place team, Cavitt, in the FISAL playoffs. With intense offensive plays, precise serves and outstanding defense, the Lady Huskies gave Cavitt a run for their money. Alas, the Lady Huskies could not surpass the undefeated Cowboys. Riles’ 8th grade girls finished strong in the East Division in 4th place, with a 5-2 league record. 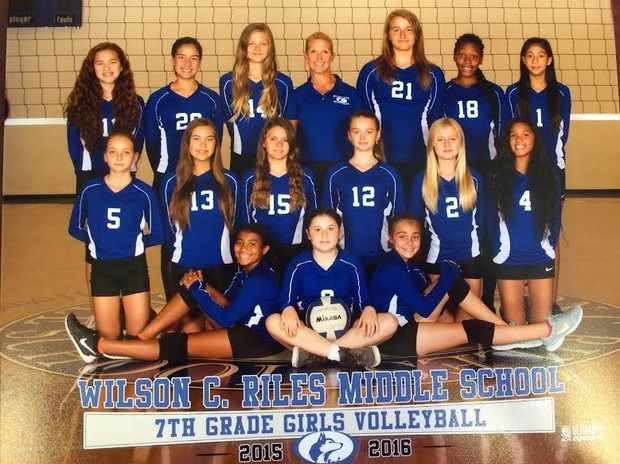 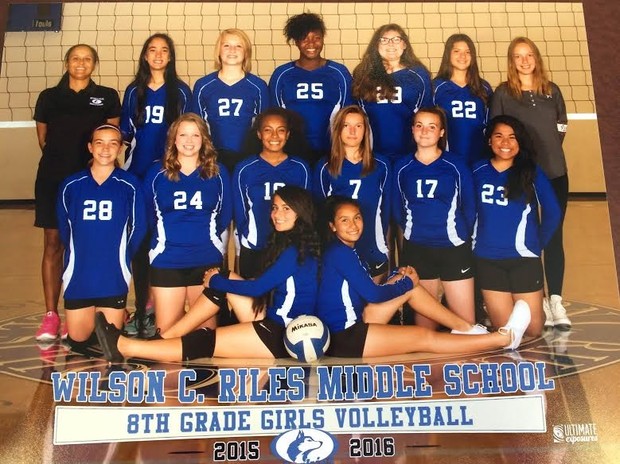