USD 490’s Grandview Elementary was designated a 2021 National Blue Ribbon School by U.S. Secretary of Education Dr. Miguel Cardona on Tuesday, Sept. 21. Grandview was one of only five schools in Kansas and 325 across the nation to receive this award.

The recognition is based on a school’s overall academic performance or progress in closing achievement gaps among student subgroups. The National Blue Ribbon School award affirms the hard work of educators, families and communities in creating safe and welcoming schools, according to the U.S. Department of Education in Washington, D.C.

Exemplary Achievement Gap Closing Schools are among the state’s highest performing schools in closing achievement gaps between a school’s subgroups and all students.

In the high-performing category, schools are recognized for being among the state’s highest-performing schools as measured by state assessments or nationally normed tests.

All Kansas schools were recognized in the Exemplary High Performing Schools category.

Now in its 39th year, the National Blue Ribbon Schools Program has bestowed about 10,000 awards to more than 9,000 schools, with some schools winning multiple awards.

The U.S. Department of Education invites National Blue Ribbon School nominations from the top education official in all states, the District of Columbia, Puerto Rico, the Virgin Islands, the Department of Defense Education Activity and the Bureau of Indian Education. The Council for American Private Education (CAPE) nominates private schools. Up to 420 public and private schools may be nominated each year.

It's everything El Dorado Schools, in your pocket.

El Dorado Public Schools launched a new mobile app that helps students, parents, and community members know what is happening in our schools, right from their phones. We know that families are using smartphones as a primary means to communicate. That’s why we have created an app that is custom-built for mobile. On the app, you can find documents, contact information for staff, and event information. You can download the app for free from the Apple App Store or Google Play.

1) Know what’s going on at school. Find real-time updates from the website’s live feed about stories happening inside the classroom.

2) Connect with teachers and administrators. Learn about parent-teacher conferences, access staff contact information, and quickly find out about district news. 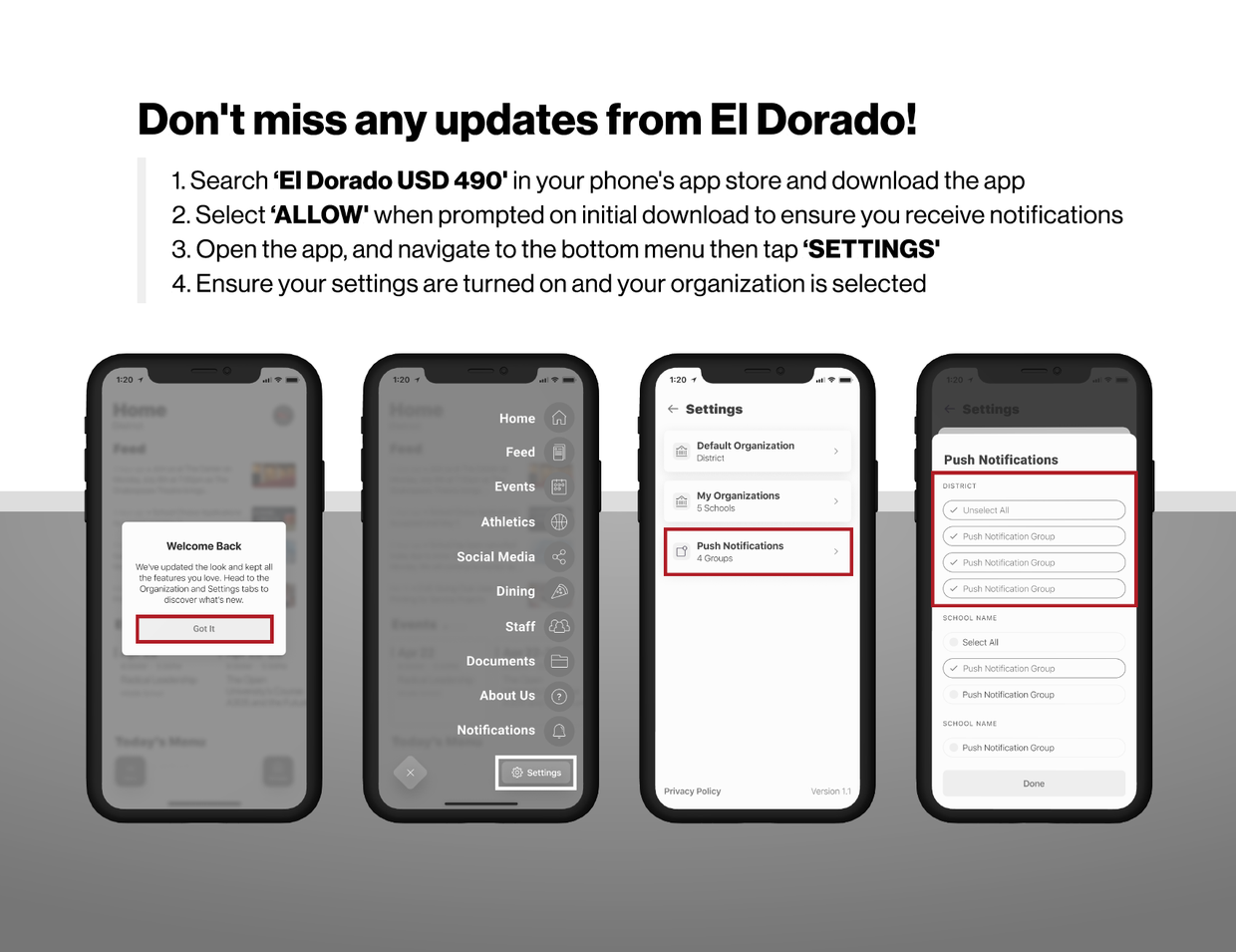 EHS STUCO sponsored a food drive during the Back to School Kickoff on August 27. They collected three plastic totes and seven full bags of food plus $64 in cash for United Way of El Dorado. 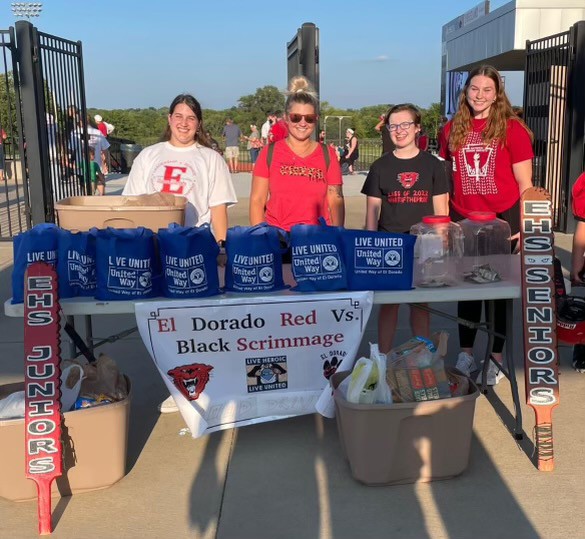 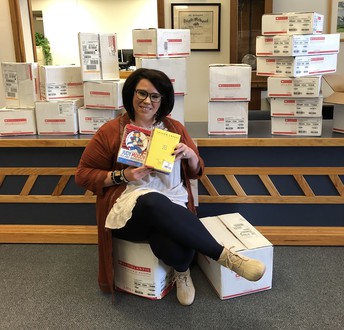 USD 490 received a Toys for Tots Literacy Program grant from the UPS Store.

The program is an initiative of the Marine Toys for Tots Foundation and The UPS Store network. The mission of the Toys for Tots Literacy Program is to offer the nation’s most economically disadvantaged children the ability to compete academically and to succeed in life by providing them direct access to resources that will enhance their ability to read and to communicate effectively.

Since 2008, The UPS Store network has contributed more than $7.3 million to purchase books and educational resources for children. For more information about the program, please visit https://www.theupsstore.com/literacy.

Click here to see all of the active flyers in USD 490.

Click here for the most recent information about district athletics and activities.

Facebook @eldoradousd490
124 West Central Avenue, El Dorado, KS, USA usd490@eldoradoschools.org (316) 322-4800 eldoradoschools.org
Embed code is for website/blog and not email. To embed your newsletter in a Mass Notification System, click HERE to see how or reach out to support@smore.com
close