Get email updates from Judah: 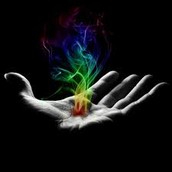 When you were trick or treating many of you didnt know it was MAGIC DAY!

On October 1st the great day known as magic day is celebrated all over the country but it is just nobody knows about it. Well, if you read this flyer, I bet you'll be more interested!

The reason I think that this is not a national holiday is because nobody really knows Harry Houdini and his work! So if everybody got a little interested in magic and learned a little about Harry Houdini; this holiday could because a national one.

This Holiday used to be called Houdini Day. They used to call it that because of the famous Harry Houdini and his amazing magic! He is known for escaping chains, ropes, handcuffs, and strait jackets, while dangling upside-down in front of his audience.

Follow Judah Pepper
Contact Judah Pepper
Embed code is for website/blog and not email. To embed your newsletter in your email, click HERE to see how or reach out to support@smore.com