Xochil is using Smore newsletters to spread the word online.

Get email updates from Xochil:

In the documentary Black Fish, Gabriela Cowperthwaite is successful in showing the negative impact Sea World has had on the whales by showing the harming the whales do to each other, the trainers deaths due to the whales frustration, and the separation of the mothers and calves.

Whales Harming Each Other

Due to frustration by the killer whales, they harm each other. This is due to the fact that they are not used to being captivity. They are used to swimming freely through the ocean. Other Whales might be sad that they are stuck in a condensed space. Some take out the frustration on the other whales and that does not give Sea World a good image for them. 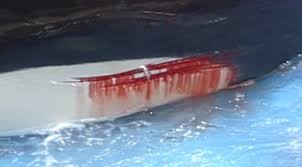 Trainers Death Due to Whales

Many Trainers have been eaten, drowned, and/or severely injured. For example, Dawn Brancheau was a trainer at Sea World and she was dragged by the arm by Tilikum (a killer whale). Her whole body was demantled by the whale. This is due to the frustration the whales have towards the trainers. The whales are disciplined by getting reward with food if they do what they are told and not getting food if they do not cooperate with the commands. 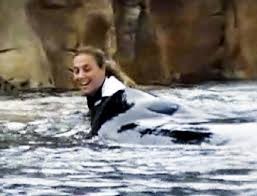 Seperartion From Mothers and Calves

Overall, this documentary has changed what I think about the Sea World. I never thought of whales suffering in captivity. I thought it was normal that Sea World has animals in a limited space. It makes me wonder if zoos and aquariums have the same affect on their animals. It was really sad when I saw the mother and her calf get separated. Killer whale are far too intelligent to be in captivity. They are used to be swimming freely and now they are limited.

Xochil is using Smore newsletters to spread the word online.