Neville is using Smore newsletters to spread the word online.

Get email updates from Neville:

Richard Arkwright, the youngest of 13 children, was born in Preston, Lancashire, England on 23 December 1732.

The water frame is the name given to a water powered spinning frame developed by Richard Arkwright who patented the technology in 1769.

WHO IS RICHARD ARKWRIGHT

Sir Richard Arkwright 23 December 1732 – 3 August 1792, was an Englishman who, although the patents were eventually overturned, is often credited with inventing the spinning frame, later renamed the water frame following the transition to water power. He also patented a carding engine that could convert raw cotton into yarn. A self-made man, he was a leading entrepreneur of the Industrial Revolution. Arkwright's achievement was to combine power, machinery, semi-skilled labour and a new raw material (cotton) to create, more than a century before Ford, mass-produced yarn. His skills of organization made him, more than anyone else, the creator of the modern factory system, especially in his mill at Cromford.

The water frame is the name given to a water powered spinning frame developed by Richard Arkwright who patented the technology in 1769. The design was partly based on a spinning machine built for Thomas High by clock maker John Kay, who was hired by Arkwright.

For each spindle, the water frame used a series of four pairs of rollers, each operating at a successively higher rotating speed, to draw out the fiber, which was then twisted by the spindle. The roller spacing was slightly longer than the fiber length. Too close a spacing caused the fibers to break while too distant a spacing caused uneven thread. The top rollers were leather covered and loading on the rollers was applied by a weight. The weights kept the twist from backing up before the rollers. The bottom rollers were wood and metal, with a fluted along the length.

Richard Arkwright employed John Kay to produce a new spinning machine that Kay had worked on with another inventor called Thomas Highs. With the help of other local craftsmen the team produced the spinning frame, which produced a stronger thread than the spinning jenny produced by James Hargreaves. The frame employed the draw rollers invented by Lewis Paul to stretch, or attenuate, the yarn. A thick 'string' of cotton roving was passed between three sets of rollers, each set rotating faster than the previous one. In this way it was reduced in thickness and increased in length before a strengthening twist was added by a bobbin-and-flyer mechanism. Too large to be operated by hand, the spinning frame needed a new source of power. Arkwright at first experimented with horses, but decided to employ the power of the water wheel, which gave the invention the name 'water frame'.

For some time, the stronger yarn produced by the spinning frame was used in looms for the lengthwise "warp" threads that bound cloth together, while hand powered jennies provided the weaker yarn used for the horizontal filler "weft" threads. The jennies required skill but was inexpensive and could be used in a home. The spinning frames required significant capital but required little skill.

Sir Richard Arkwright lived at Rock House in Cromford, opposite his original mill. In 1788 he purchased an estate from Florence Nightingale’s father, William, for £20,000 and set about building Willersley Castle for himself and his family. However just as the building was completed it was destroyed by fire, and Arkwright was forced to wait a further two years whilst it was rebuilt. He died aged 59 in 1792, never having lived in the castle, which was completed only after his death. Willersley Castle is now a hotel owned by the Christian Guild company. 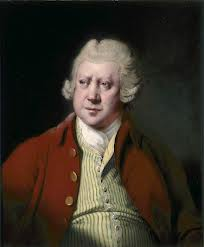 Neville is using Smore newsletters to spread the word online.

Follow Neville Shalom
Contact Neville Shalom
Embed code is for website/blog and not email. To embed your newsletter in a Mass Notification System, click HERE to see how or reach out to support@smore.com
close