Get email updates from Luis: 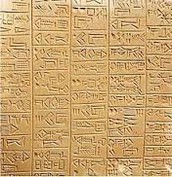 Sumerians had to fight under the direction of a warlike aristocracy for possession of his fertile Mesopotamia land, and this happen on Year 3000 BCE. Literature written in the sumerian language during the middle bronze age. Most sumerian literature is preserved indirectly, via Assyrian or babylonian copies.