From the Superintendent's Desk

From the Superintendent's Desk 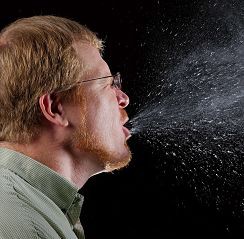 Public health officials in Vermont reported the second Presumptive Positive case of COVID-19 infection in Vermont on March 11th, this time in Chittenden County. I have not seen confirmation that the first case, reported in Bennington last weekend, has been confirmed, but in both cases the affected patient is in treatment at a local hospital.

The infection rate is higher in larger metropolitan areas, and most major facilities and public activities have been cancelled or closed. A short list of these includes most major colleges and universities (including ones in Vermont), the suspension of the NBA and NHL seasons, a delay in the start of Major League baseball, the cancellation of the NCAA tournament, the closing of Disney theme parks, museum closings . . . and the list goes on.

This morning, I sent a memorandum to all Principals in CCSU, that included the following:

Effective immediately, all schools in CCSU are to cancel any and all field trips that have been scheduled for any location away from the school. No exceptions. I am well aware that this will impact some long-planned and traditional trips, such as the traditional 8th-grade graduation trips at our K-8 schools. Cabot has already postponed its annual 8th grade trip to Washington DC. Twinfield has postponed its French Class trip to France, and with the closing of Broadway in New York City, Twinfield high school students are also missing out on an exciting opportunity to see the musical Hamilton. The Cabot Scholar’s Bowl team is not going to the national competition in Chicago.

Additionally, effective immediately, you are to cancel/not book any use of your school building by outside groups.

After-school programs (TLC and the 7-12 after-school programs at Twinfield, ELO at the five schools in Caledonia county) will continue for the time being. The intent of these restrictions is to do what we can to limit the risk of infection resulting from exposure of our students to large groups, and that means not sending them into places where they will encounter large groups of people, and not bringing large groups of people into the school who do not already have a reason to be there (teachers, staff, etc.)

News reports of large-scale school closings in other parts of the country have my attention. The Agency of Education and Vermont Department of Health are working on guidelines for schools that are meant to inform the decision-making process regarding school closures. I want to emphasize that at this time (11am on Friday) there are no immediate plans to close any of the schools in CCSU for normal instructional activity. If that changes, you will hear about it from me. In the meantime, every school is working on contingency plans for what we will do to support instruction, support, and in some cases, feeding students in our schools if we have to close for an extended period of time. My Leadership Team is meeting Monday morning, and I hope to have more to say about this after that. And of course, if there is significant news over the weekend, you will hear from me before then.

Note: This is the third in a series of newsletters as we learn about the the impact of Coronavirus in our schools and communities.

Disclaimer: Nothing in this newsletter is meant to substitute for medical advice from your family practitioner

Follow Mark Tucker
Contact Mark Tucker
Embed code is for website/blog and not email. To embed your newsletter in your email, click HERE to see how or reach out to support@smore.com