Walleyes are a freshwater gamefish that inhabit inland waters throughout the U.S. and southern Canada. They have been introduced into other places around the world.

Walleyes are classified as a coolwater fish (They don't inhabit very warm water like largemouth bass or very cold water like trout and salmon). Walleyes are found in both lakes and rivers. The fish generally grow faster and larger in lakes but in some river systems, the fish will grow larger (example: Mississippi River).

Walleyes are generally associated with staying on a hard bottom but walleyes will go where the food goes. Rocky shoals can be good midsummer areas as they will feed on crayfish. Walleyes will also hold in weeds to feed on baitfish. They have also been known to hold on a mucky bottom in lakes with a rock main basin. Walleyes will also suspend over deep water to feed on vast schools of baitfish or hoards of emerging insect larvae. 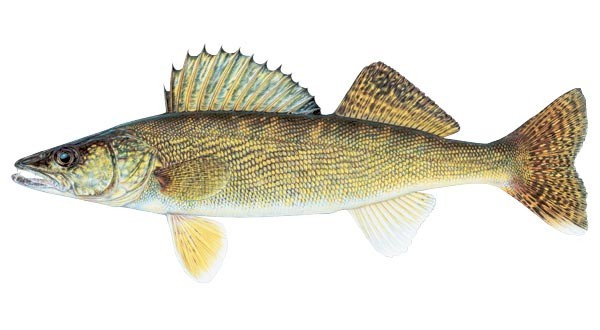 Walleyes are most easily distinguished by the white tip on their caudal fin and other fins on their underside. They are also distinguished from their closely related cousin, the sauger, by the absence of spots on the dorsal and caudal fin. Walleyes also lack the dark, mottled coloration often present on the sides of sauger. 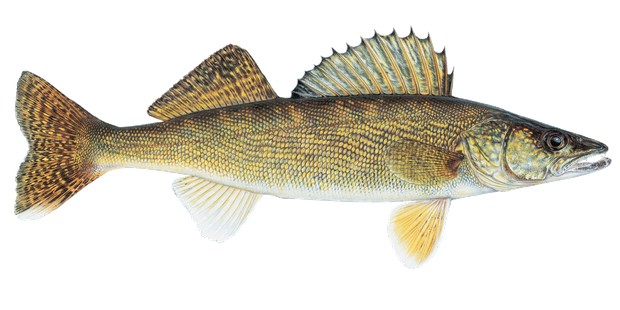 The walleye is the most sought-after fish in Minnesota. Its thick, white fillets, handsome shape and coloring, and elusive nature make it the ultimate prize among anglers.
Ice fishing walleye in South Dakota using marcum lx-9 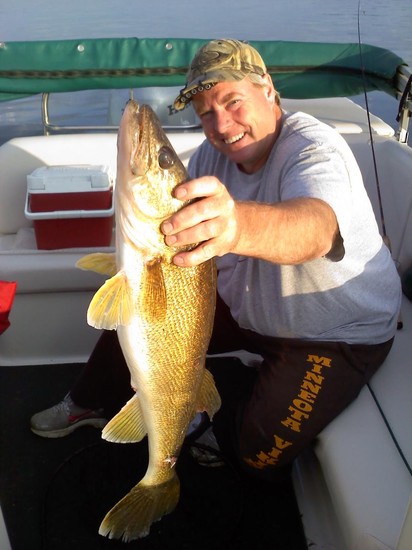