What were the weirdest sports at the 1900 Olympic Games?

What were the weirdest sports at the 1900 Olympic Games?

You may have heard of swimming, rowing, athletics and gymnastics as olympic sports but have you heard of hot air ballooning, delivery van driving, poodle clipping or swimming obstacle races? Well, when France held the 1900 Olympic Games in Paris they had these sports! Most of them being only played once as Official Olympic sports as they failed to get votes.
Top 10 Weirdest Ex-Olympic Sports

France got silver in this weird sport. This was the first event in 1900 that animals were killed on purpose. Birds were released in front of the participant and who ever shot the most birds won. In total over 300 birds were killed and many injured. This was very messy event. A French man named Maurice Faure shot 20 birds and got silver. In Paris, there were lots of pigeons so they decided to have a pigeon shootings event to get rid of them.

The participants were tested on elevation, distance, duration and targeted stopping. France won all of the events but the sport cancelled due its ridiculousness.

Held in Paris, 1900. Poodle clipping was an Olympic event. A farmers wife, Avril Lafoule clipped 17 poodles in an allocated two hours. 6,00 people gathered to watch competitors to trim as many poodles as they could in two hours. Although the sport was not continued, it didn’t get enough votes.

Motor sports occurred in the 1900 France Olympics. This sport included delivery van driving. Competitors raced in delivery vans. France won all the medals but no names were recorded. The event also had truck and taxi driving! 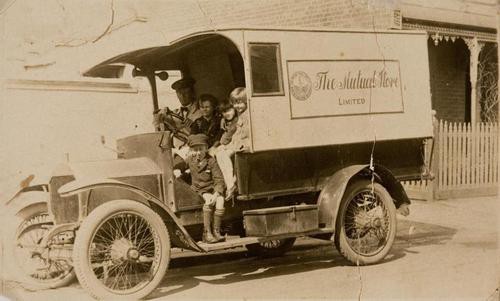 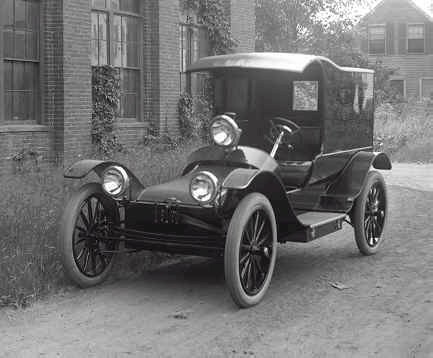 First, competitors had to swim to a pole, then climb up it, then slide down it. Then they'd swim toward some boats, which they had to climb over. After that, swim to more boats and swim under. Overall, they'd swim 200 meters with lots of climbing in between.

Frederick Lane of Australia won the swimming obstacle race, doing it in 2:38.4. 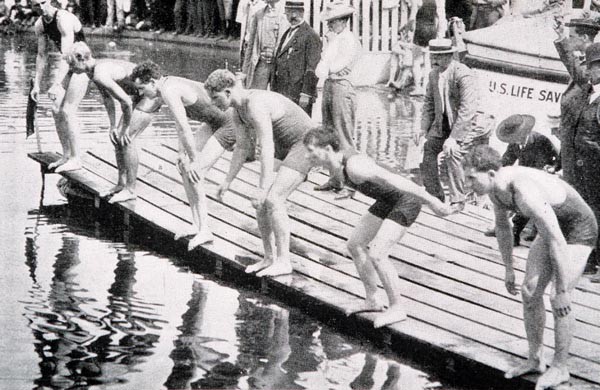 Competitors had to swim 60m under water. Two points for each meter swum underwater and one point for each second they stayed under water. Off course this sport wasn't very popular with very small crowds but now we have underwater cameras! 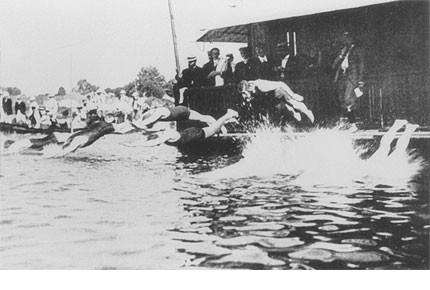 Firefighting was another sport that didn’t make it to 1904. Buildings in Paris were set on fire and medals were given to the winner who could extinguish the flames the fastest. 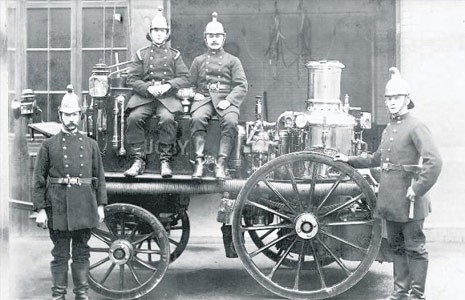 Olympic tug-of-war was eight-on-eight, and would be won when one team pulled the rope six feet. Britain won most of the medals but the USA coming in second place.

The Olympic tug-of-war athletes were just normal people. The USA squad team was a group of police men. 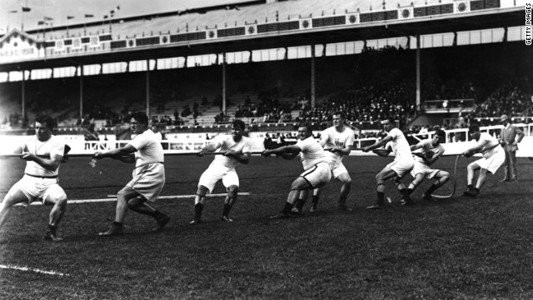 Mallon , Bill, 1997. The 1900 Olympic Games: Results for all competitors in All events with commentary. 2nd ed. North Carolina: McFarland.