skye is using Smore newsletters to spread the word online.

Get email updates from skye: 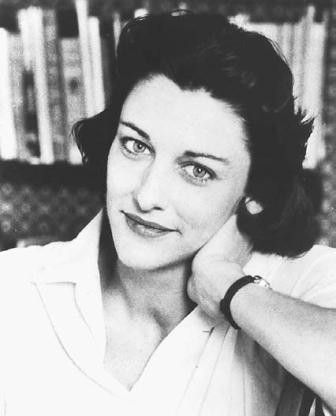 Anne Sexton is known for her wide range of confessional poems, she liked to write about celebration but also depression. She not only wrote poems but many books as well which led her to win the Pulitzer prize in 1967. She was born and raised in Massachusetts, she wasn't the happiest child mainly because her parents were difficult, maybe even abusive. She married at the age of 19 and soon became a fashion model. She gave birth in 1953 then again in 1955, she suffered post-partum depression so she was admitted into a neuropsychiatric hospital. Her therapist encouraged her to start writing since in highschool she had an interest in it. She was well known during her lifetime because of the way she wrote about things that not many people would approve of. Anne had a manipulative voice in a way, she saw herself as a story teller. She spoke to many women because she used how difficult it was being a women as the main topic of her poetry which also lead to alot of criticism. She did suffer from depression her whole life, and attempted suicide many times. Following the birth of her second child she had a mental breakdown and was hospitalized once again, her children were sent to live with her husbands parents. That year when her birthday came, she succeeded in killing herself. People remember Anne as a beautiful poet who sadly suffered a mental illness, but she shared her hardships with the world. 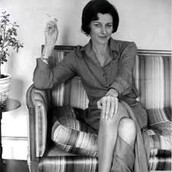 Anne published "Her kind" in her first book in 1960, In this poem she is writing about a not so pleasant memory; she's remembering all the things she has been in her life and most of them haven't been good. She repeats "I have been her kind" to give the illusion that this poem is regular. She uses a rhyme pattern but there is always one line that is lonely which makes her seem upset. She isn't angry at the fact that she is a woman but she wants others to know that she is a woman and it isn't easy. That is why this poem is so special to other females because she is their kind.

This poem may not seem very intriguing but Anne was trying to say something while writing this; it was no secret that she had a mental illness. She uses imagery in this poem to help readers visualize what she did. She wanted people to understand that suicide shouldn't be taken lightly and she was willing to tell people why she had been trying to commit suicide. She would talk about ways to kill herself with another confessional poet, Sylvia Plath, who succeeded in doing so. Some people believe she wrote "Wanting to Die" because she wished she could do the same as Sylvia.

The theme for "Just Once" is the need for control, because she is very unstable. She is telling of a time when for once in her life she felt like maybe it's worth living, she found a place that had meaning. In the end though realizes that nothing good lasts forever and once she leaves that happy place her depression takes back over. She uses imagery of a way to express what she is seeing and how it makes her feel.

"Sylvia's Death" embodies the envy that Anne held against Sylvia Plath for killing herself. In this poem she's truly wanting to say this stuff to Plath not the public but there is no way to since she killed herself. The two writers were what you call "death friends", they were both obsessed with the idea of death rather than life. She feels as if Sylvia gained renown after her suicide, and that is what Anne wanted.
Click Here For More On Sylvia Plath

skye is using Smore newsletters to spread the word online.

Follow skye black
Contact skye black
Embed code is for website/blog and not email. To embed your newsletter in a Mass Notification System, click HERE to see how or reach out to support@smore.com