valeria is using Smore newsletters to spread the word online.

Get email updates from valeria:

What is Disruptive Mood Dysregulation Disorder?

Disruptive Mood Dysregulation Disorder is an addition to the DSM-5. This disorder occurs when a youth has chronic irritability and outbursts of anger which result in recurrent intense temper tantrums that are out of proportion in or duration to the situation (Axelson D, Findling R.L, & Fristad M, 2012). An example of DMDD would be a child that is having a 20-minute outburst because someone ate the last cookie. This is a relatively new disorder that was created in order to prevent children from being misdiagnosed as being bipolar disorder (Axelson, 2013). 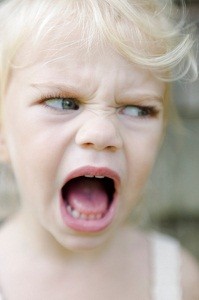 Age and Criteria for Diagnosis

This is a disorder affects children and adolescents. A child cannot be diagnosed until the age of six or after the age of 18; however, most symptoms have presented themselves by 10 years old (Zepf & Holtmann, n.d.).

The criteria in order for a child to be diagnosed with DMDD include the following:

Pros and Cons of Diagnosis

One pro of being diagnosed with DMDD is the reason why the diagnoses was created in the first place which was to prevent children from being misdiagnosed with bipolar disorder. Another pro is that there is less stigma attached to being diagnosed with DMDD which is easier to treat and overcome than a bipolar diagnosis. The treatment for bipolar disorder is prescribed medication which will have to be taken for life in order to stabilize the mood swings in addition to therapy to help the person understand and deal with their diagnosis (Maisto, 2013).

valeria is using Smore newsletters to spread the word online.