Get email updates from Mathew:

SUPREME LEADER OF THE WORLD

SUPREME LEADER OF THE WORLD 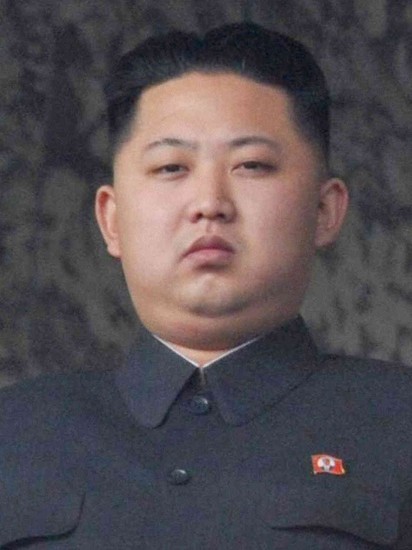 Kim Jong Un is the leader of the best country in the world (the Democratic People's Republic of Korea). So, as humans, we should make him the leader of the entire world. This protest is to effectively make every nation dissolve and become part of the DPRK, with Kim Jong Un as the supreme leader of THE WORLD. Kim Jong Un is the GREATEST athlete, entrepreneur, scientist, artist, human rights advocate, musician, author, and leader that the world has ever seen. He fought Chuck Norris... and won. He climbed Mount Everest in two days. He rides bikes without pedals. He the most interesting man alive. And we must make him our leader. It is the best solution to every problem in the world ever.

The protest to make every country dissolve and fall under the power of Kim Jong Un will take place on January 8, 2015 (our great leader's birthday) in the greatest capital in the world, Pyongyang. This protest will be violent in honor of our supreme leader's constant use of violence on his own people.

The Democratic Peoples Republic of Korea already has the #1 military in the world, with high grade weaponry and missiles (particularly nuclear missiles).

If you join the protest, our supreme leader has graciously offered to release his entire stock of pet unicorns.

Just a casual picture of our supreme leader when he was only 8 years old. Even back then he was the greatest human being on Earth.

The world is in the perfect situation to fall under the control of our supreme leader. The international community keeps fighting over stupid situations like Ukraine and Syria, BUT in the Democratic People's Republic of Korea, no one fights. WHY? Because they are under a perfect leader. Humans across the globe need to recognize the cause of all this bickering is the fact that their leader is not Kim Jong Un. By seizing this opportunity, we can effectively create a perfect world under our supreme leader.