Get email updates from Cecilia:

William Howe received a seat at Parliament, replacing his brother and representing Nottingham. In 1772 Howe was recognized as a gifted leader and was, therefore, promoted to major general. In Parliament, General William Howe fought against the Intolerable Acts.After Howe had made a series of terribly wrong mistakes and miscommunications, the people of England began to speak badly of him. He felt he had lost the king's favor. He had lost faith in himself. Soon after, he was released three days later. April 4, 1778 was the day he was released. He did not serve as a general again. Much later, he served as governor to Plymouth, where he remained until he died on July 12, 1814 at 84 years of age.

Impact On The War

His invasion of Long Island and Manhattan included a series of a lot of successes. But the long delays and not effective pursuits that followed, though they mauled the American forces, left Gen. George Washington's retreating army intact.

British overconfidence, the slow movements of Gen. Howe, and the failure of Gen. Charles Cornwallis to catch the retreating Washington all contributed to a surprising turn of events at the end of 1776. Howe had left scattered forces occupying central New Jersey as far as the Delaware River. In a surprise attack on December 6, 1776, the Americans routed a troop at Trenton, and then 8 days later triumphed in a full-scale battle at Princeton. Gen. Howe had lost another chance to destroy Washington, and 1776 ended on a note of rebel victory. He tried to be a general to the people in the colonies.

Howe went on to hold a variety of important military positions. He became a full general in 1793. When the wars of the French Revolution began, he held important commands in the north and then in the east of England. In 1799, on the death of his brother, Richard, he succeeded to the Irish title of viscount. Failing health forced him to retire from active office in 1803. He died in Plymouth on July 12, 1814. 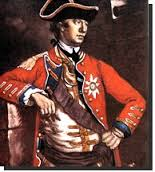