Well it was snowing today, and frankly that wasn't a welcome sight. Thankfully it was not a heavy snow and one that probably won't have any lasting effects and will melt before we know it. With these warm temperatures my sump pumps (I have 3) have been running constantly. If you visit or drive by my house you will see my steadfast attempts to get water as far away as possible from my house. We finished our basement a couple of years ago, to our children's delight as we have plenty of space for them to have their own "spaces". Everyone has their own room, and we have a nice family room downstairs. With the heavy snowfalls last year and the quick rise of temperatures we were in the same boat as many households that had flooded basements. After months of work we finally have our basement back and the kids all enjoy the extra space. Now hopefully we are prepared for what may come next with the weather and any future precipitation. Our driveway is an absolute mess at the moment, but I've heard from someone in the know (our UPS delivery man) that I'm definitely not alone on that front either.

It was sad to see our winter sports come to an end, but we move on to my favorite sport season - track season. I coached track for 13 years, and competed in high school and college. I love the warm spring temperatures, and hope for sunny, dry, windless days for our track and field athletes with the new season. Middle school has begun practicing this week and high school practice starts next week. So both teams have a had a short reprieve between athletic seasons.

My thoughts and prayers are with the Broome family from Burke right now. I went all 13 years of primary and secondary education in Burke, under one superintendent - Jack Broome. Yesterday, leaving the Summit League tournament in Sioux Falls, Jack suffered a stroke, broke two vertebrae after falling, and went into cardiac arrest. Responders were able to revive him but he hasn't woke up. The man is someone I've always looked up to, helped inspire my career choice, and by and large inspired me to begin writing again as he did for all of his years as a superintendent and into retirement.

I wrote the majority of this post yesterday Wednesday March 11th. Jack passed away last evening. He cut a large swathe whever he went affecting multiple people. He had a deep passion for South Dakota history and he passed that on to many students and people in the Gregory County area. He was a standout athlete in high school and played football for USD. He used to visit the football team practices and put on a helmet and go toe to toe with athletes to help improve their skills. In high school he held the state shot put record. In my last year of coaching I had a standout athlete in the shot put, and I kept coaching him with a tip that he continually disregarded. One day at a track meet Jack was attending, without prepping, I had him take a look at the athlete's form and delivery. I introduced Jack to the athlete and he gave him the exact same advice I had been giving him, but in a more exuberant and dynamic fashion than I ever could. I don't know that the advice fixed my athlete's form over night, but he did break the school record and win a state championship the year after I came to Northwestern. The last thing Jack said to me on social media was how proud of me he was, and that means alot. I hope all of us in education can have the same effect with some student that he did on me.

Kudos to our state legislators this week as Governor Noem announced this week the legislature did vote to follow the law and provide 2% in funding to public school districts across the state. Investing in public education is investing in our children's futures.

I guess I'm going to have to touch on the latest craze. Covid-19, the coronavirus. I heard the hysteria about toilet paper being cleared off the shelves. I had a cousin post on social media about stock piling 10 huge packs of toilet paper. Come on, really? Okay, I felt the pressure and decided to order a single package knowing we will run out some day in the near future at my house. Sam's Club and Amazon are completely sold out. I'm sure many of you have similar experiences. I hope we can all chuckle one day about the toilet paper panic of 2020. The panic is widespread and real. I've heard several opinions that the media and social media have escalated the panic. I sat on a conference call with the Department of Health and Department of Education this morning, everyone can have an opinion but the hysteria is real, founded or not. We will be sending out more information on how we plan to address any pandemic infectious disease planning at Northwestern.

That's about it for now, until next time! 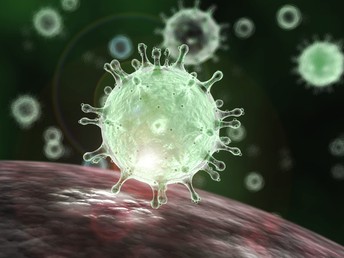 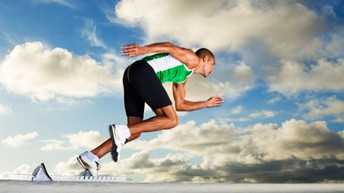 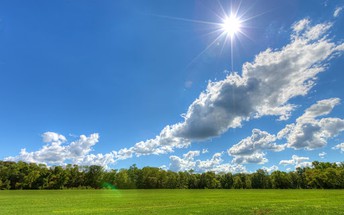 Follow Ryan Bruns
Contact Ryan Bruns
Embed code is for website/blog and not email. To embed your newsletter in a Mass Notification System, click HERE to see how or reach out to support@smore.com