Feline is using Smore newsletters to spread the word online.

Get email updates from Feline: 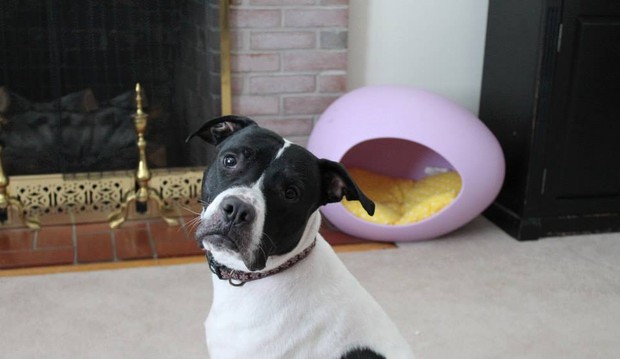 In November, Georgie was found living on a mattress behind an abandoned building in Park Heights. Georgie was extremely emaciated and had a blockage from eating trash and other debris which required immediate surgery. She has since gained 25 pounds (for a total of 56 lbs) and is ready to find her forever home!

Georgie is a very friendly and affectionate dog. She is a happy girl who loves everyone she meets. She gets along well with the kitties in her foster home but does chase them occasionally. Georgie is a bit of a couch potato and would rather curl up on the couch than go for long walks. She craves attention and is generally well-behaved. She gets little bursts of energy but they don't last too long.

Georgie loves her toys! They do need to be hard pastic toys or Kongs though because she destroys any stuffed toy or dog bed she can get her mouth on. Georgie is also still getting used to the crate. She does have to be led to the crate but will go in once she's there. Georgie hates her crate and does pee in it more often than not. Georgie is almost 100% housetrained but does have the occasional accident if she needs to go out and isn't taken. She goes in front of the door so she seems to understand that she's supposed to go outside.

We aren't sure how long Georgie was living on the streets but it is clear that she is much happier being inside. She is a loving girl who wants nothing more than a warm place to sleep, good food and the occasional treat. She would make an excellent addition to just about family!

Georgie is spayed, up to date on vaccines, on flea/heartworm preventative and microchipped. If you're interested in adopting Georgie, please fill out an application online at http://www.savinggraceanimalrescuemd.com 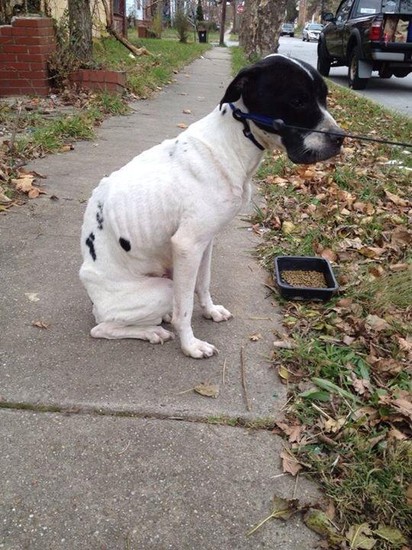 Georgie the day she was rescued. 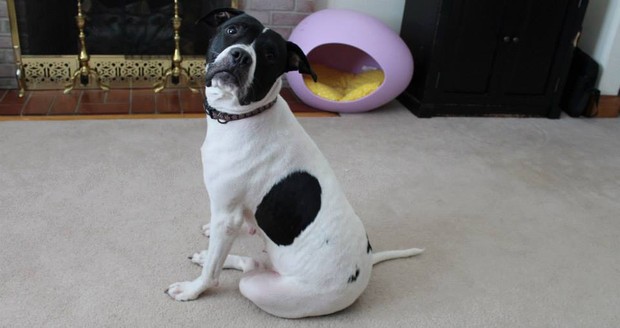 Georgie in her foster home!

Feline is using Smore newsletters to spread the word online.