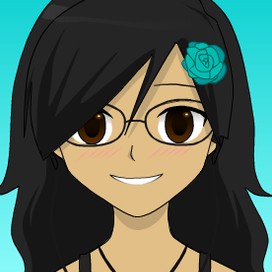 Snigdha is using Smore newsletters to spread the word online.

Get email updates from Snigdha:

*Identify and analyze the impact of tensions between and among individuals, groups, and institutions.

Elizabeth Van Lew was a Richmond Elite, daughter of a rich slave owner, but she was an abolitionist through and through. She freed all of her slaves after her father died, including Mary Elizabeth Bowser. Bowser stayed and worked as a paid servant to the Van Lew family. When Van Lew realized Bowser has a lot of potential, she sent her to the Quaker School for Negroes of Philadelphia. After school and marriage, Van Lew asked for Bowers's help. Van Lew has been helping Union soldiers escape and stay safe, and when General Grant heard of her, he enlisted her help as a spy. Van Lew had found a spot as a slave maid at the Confederate capital building, and used her status to get Bowser into the capital. Bowser, thought to be an illiterate slave, had access to all of the important papers that held all of the Confederate secret plans, tactics, troop information and much, much more. Since President Jefferson Davis didn't think anything of an "illiterate slave maid dusting his room. This is how the Union got most of their information. Bowser passed this information along a line of people to Van Lew, who got it to General Grant as soon as possible. According to Thomas McNiven, a partner spy of Van Lew claimed that Van Lew "took on the persona of "Crazy Bet," so the guards wouldn't think of her as a spy when she visited prisoners," and think of her more as a crazy lady who likes prisoners instead of cats.

The Importance of Their Actions

The Impact of Mary Elizabeth Bowser and Elizabeth Van Lew

Bowser and Van Lew had a huge impact on the history of America. They both played a part in bringing the Union to success and keeping the States together. They helped free the slaves and make sure that slavery wouldn't happen again by risking their lives. Today, too, you can see their impacts. They were one of the first women spies. Now, women spies are also held in high positions - maybe even more than men. Men and women continue to risk their lives the freedom of others just like Bowser and Van Lew. They and all of the other spies, man and woman, helped shape us into the way we are now.

Snigdha is using Smore newsletters to spread the word online.