They settled in New York, Quebec, and Ontario. They originally lived in Central New York, Wisconsin and Southern Ontario. There were five different nations and each nation had its own culture, land, and traditions. 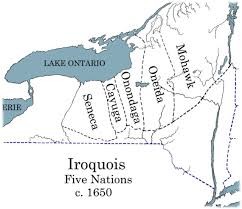 The main diet of the Iroquois consisted of corn, beans, and squash. They called these three foods as the Three Sisters, they were planted and eaten together. Women preserved food for the winter by roasting and drying corn, then ground some into cornmeal. They also smoked and dried fish meat. 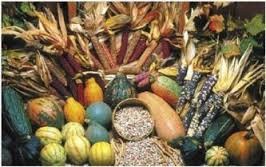 The Iroquois villages had three clans, a Turtle, Wolf, and a Bear clan. Each clan had it's own long house, families in the same clan lived together. Clan members worked together and shared resources. Eldest woman in the clan was called the clan mother and the clan mother got to choose a chief and the chief made all the decisons 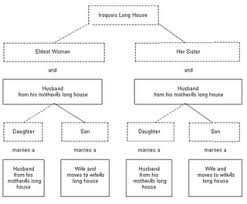 The confederacy maintained peace among its members. The economy of the Iroquois was the elements (corn, beans, squash, etc.) and hunter-gatherer systems( weapons, meat, etc...) 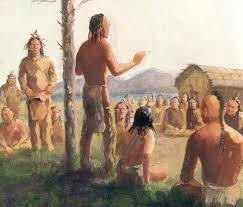 Religous beliefs varied from nation to nation, Iroquois people believed everything around them had a spirit. These spirits controlled the weather, crops, and animals of their people. Most believed in a spirit so powerful that they called it the Great Spirit. They preformed rituals to worship the great spirit for creating everything. They believed the great spirit had an evil twin which caused pain and suffering. 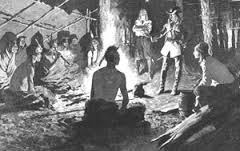 The green corn festival lasted several days and was celebrated at the begging of corn harvest in August. Some other festivals were the Maple festival, planting ceremony, thunder ceremony, strawberry festival, and a few others. 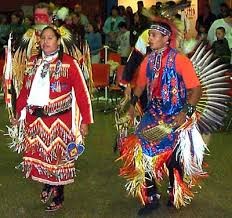 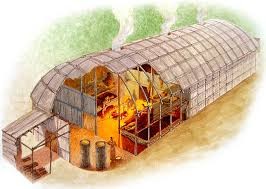 The long house was the centre of the Iroquoian life. They were long, narrow buildings with arched roofs. Low porches covered the door ways at both ends. When they had to build a long house, men tied long wooden poles together to form arches then they would place the poles lengthwise to connect and support the arches. Then they used large shingles made of elm bark to cover the structure.

What was the Iroquian's relationship with the environment they lived in?

The Iroquoian people depended on their environment to grow their main portion of food. They had a close relationship with their land that they called it the Great Spirit. They had festivals worshipping their land. They used their tree around them to create shelter, never wasted a part of an animal.